Nebraska football star Mohamed Barry has blocked me on Twitter.

In a move that can best be described as mirroring the mentality of the Cornhuskers, Barry smashed the block button after I reminded him he tweeted me back in May talking trash. Since then, Nebraska has fallen to a pathetic 4-5 record. (RELATED: David Hookstead Is The True King In The North When It Comes To College Football)

You can see a screenshot of the tweet and me being blocked below.

UPDATE: Nebraska football star Mohamed Barry (@BarrySwavey) has deleted this tweet talking trash from back in May after the Cornhuskers got exposed.

My friend, the internet doesn’t forget. Just like we won’t forget how Nebraska (FRAUDS!) tried to convince us they were good. pic.twitter.com/4l3uu6xUmt 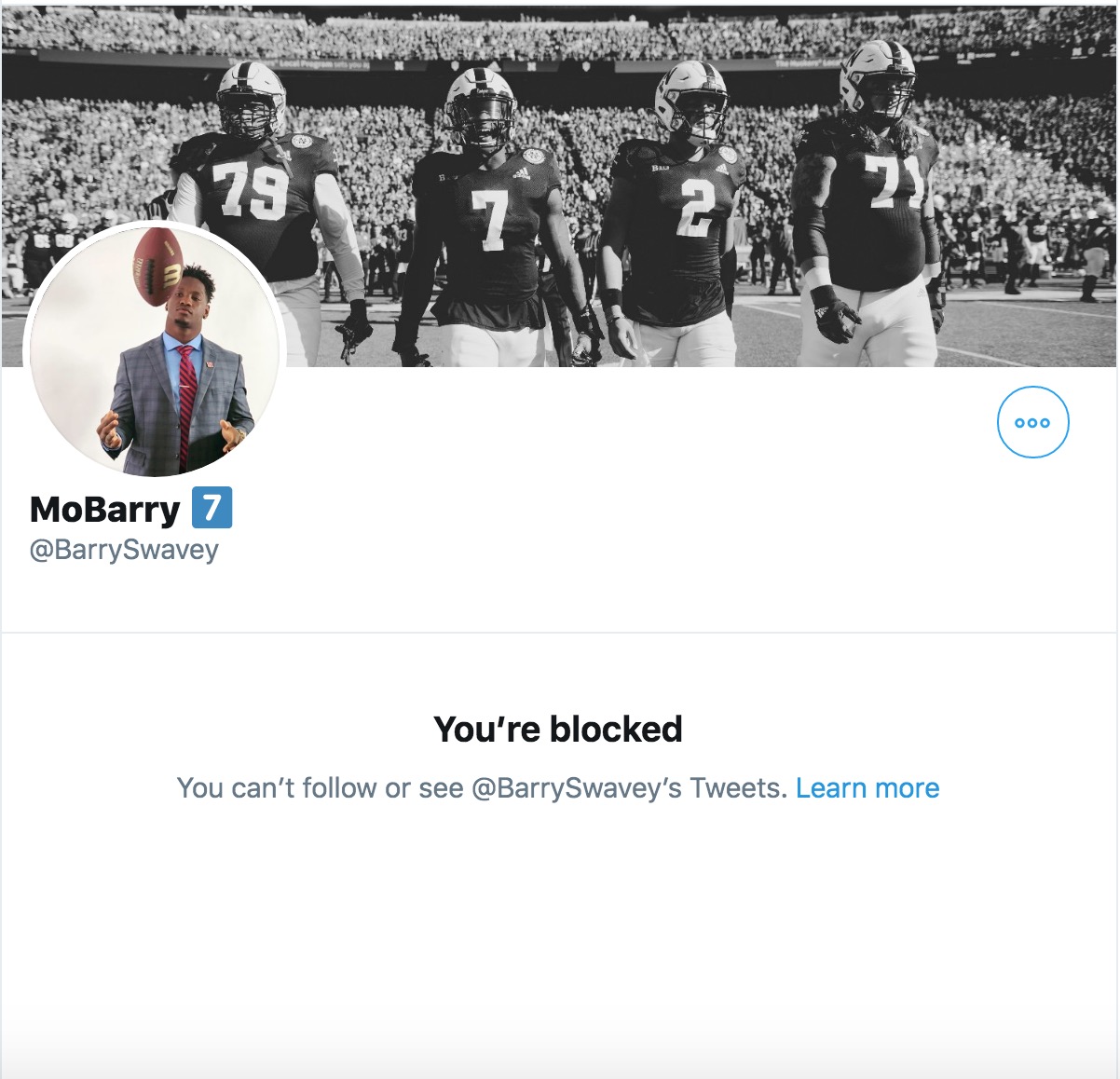 How sad has Nebraska football become? They used to win national titles. The Cornhuskers used to be at the top of the sport.

Now, they’re just a sad and pathetic program that loses to Purdue and has their star player blocking people on Twitter for speaking the truth.

If this isn’t the saddest string of events in Lincoln, then I just don’t know what could be.

Here’s some free advice for everybody associated with the Nebraska program. If you don’t want me making fun of you, then don’t talk trash prior to being 4-5.

It’s really simple. If you win, there’s nothing I can say. When you lose, you best believe I’ll remind you what kind of “energy” I have.

If you think I’m laughing at the Cornhuskers now, I guarantee you’ll really love what happens when Wisconsin travels to Lincoln.

There’s a reckoning coming for Nebraska, and I’m carrying the torch. Be careful what you wish for because you just might get it!