Democratic state Attorney General Andy Beshear declared victory in Kentucky’s gubernatorial election against Republican Gov. Matt Bevin, but the race had not been called as of late Tuesday.

“Thank you, Kentucky!” Beshear tweeted Tuesday night, though The Associated Press reported that the race was too close to call. He also gave a victory speech in which he wished Bevin the best and said he hopes the Kentucky governor will respect the election results, WLKY News reported.

But Bevin warned supporters Tuesday night that the fight is not over.

“We are not conceding this race by any stretch,” the Kentucky governor said, according to WLKY News. He did not specify what action he will be taking.

President Donald Trump won the state by 30 percentage points during the 2016 election and held a Monday rally in Kentucky to bolster support for Bevin. But polling conducted in mid-October found Bevin and Beshear tied at 46% of Kentucky votes each, and a Morning Consult poll found in May that Bevin is the nation’s least popular governor.

The Republican governor has targeted Beshear for his abortion stances, saying that his opponent is “pro-death,” according to Politico. Bevins has also accused Beshear of taking “blood money” since Beshear accepted donations from the owner of an abortion clinic, the publication reported, and National Abortion Rights Action League publicly endorsed Beshear.

“Kentuckians overwhelmingly support pro-life protections, and Gov. Bevin has been proud to fight vigorously on behalf of the Commonwealth’s most vulnerable since day 1 of his Administration,” Bevin’s campaign manager Davis Paine said in a statement, according to Politico. 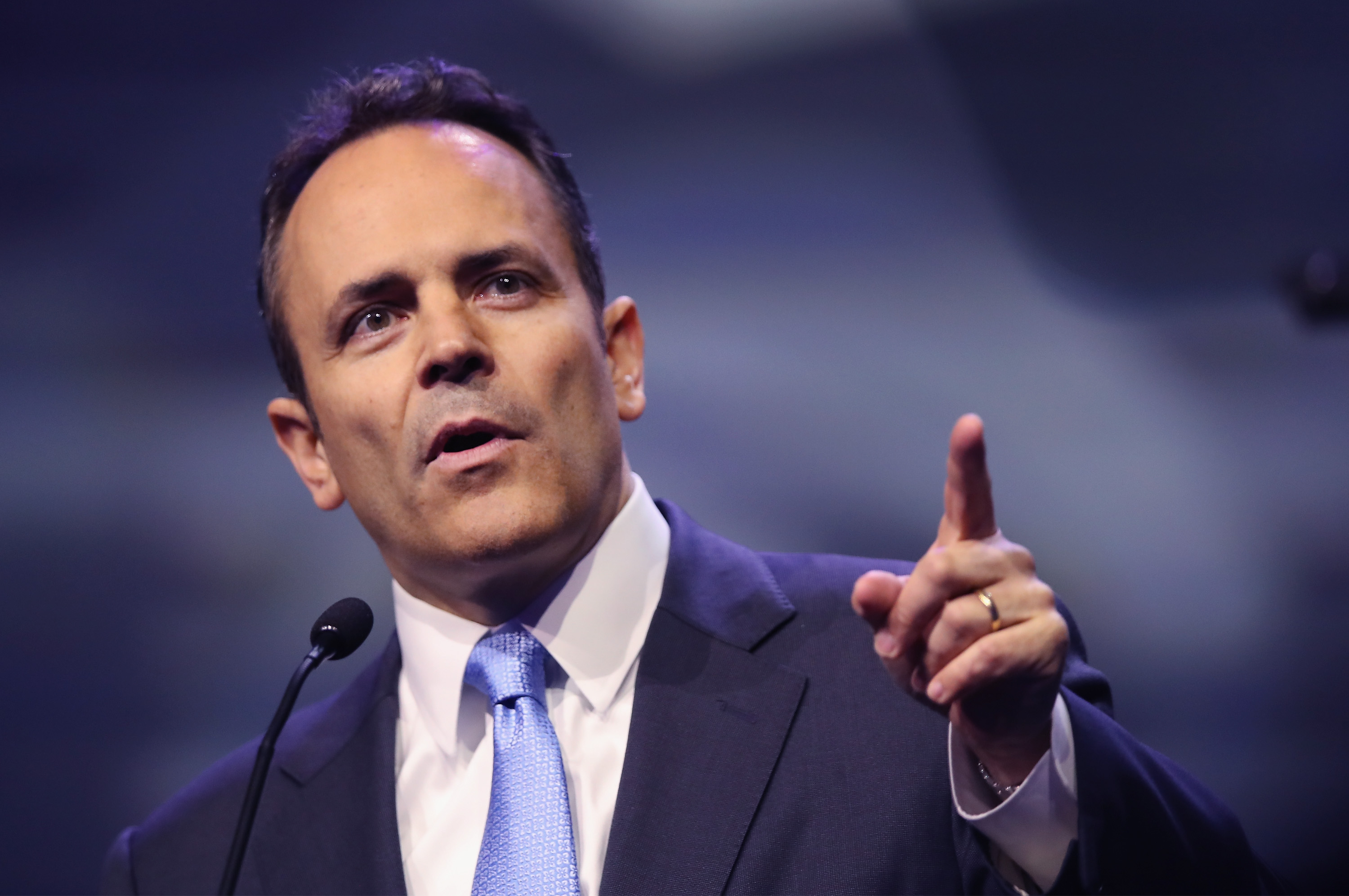 Gov. Matt Bevin speaks at the National Rifle Association’s NRA-ILA Leadership Forum during the NRA Convention at the Kentucky Exposition Center on May 20, 2016 in Louisville, Kentucky. (Photo by Scott Olson/Getty Images)

The Campaign for American Principles (CAP) advocacy group released ads targeting Beshear’s stances on transgender athletes in women’s sports in September and October, attempting to persuade Kentucky voters not to vote for Beshear.

“If Andy Beshear gets his way, there won’t be any rules,” one of the ads released in October said. The ad shows a young female wrestler who repeatedly wins female wrestling contests but loses when a biological boy wrestler is allowed to compete against her.

Pro-life advocates kept close tabs on the race, hoping to get a glimpse of what the 2020 presidential elections will look like, according to Politico. In particular, pro-lifers watch to see if voters will come out to support pro-life issues.

“At the end of the day, they have been incredibly strong on the life issue and this isn’t something only that motivates pro-life base voters but also people that we would call persuadable,” Susan B. Anthony List’s Mallory Quigley told Politico regarding Bevin and Trump.