O’Neill, 61, will be taking a job in the private sector and New York City Police Department Chief of Detectives Dermot Shea will take over as police commissioner in December, New York City Mayor Bill de Blasio announced, according to ABC News. De Blasio praised O’Neill for “working tirelessly to bring police and communities together.” He began as police commissioner in September 2016.

O’Neill’s “one mission” while police commissioner was “to fight crime and keep everybody safe,” the commissioner said during Monday’s press conference. His successor has been on the force for 28 years and will work to “end the scourge of gun and gang violence,” de Blasio, a Democrat, said. (RELATED: Police Labor Union: De Blasio’s Public Remarks On Race Contributed To Assassination Of Three Officers)

“Treat people with dignity, respect, treat people the same,” Shea said when talking about his goals, ABC News reported. “We cannot and will not rest until all New Yorkers feel safe.”

The Police Benevolent Association (PBA), a labor union representing New York City police, issued a statement noting that it looks “forward to working with” Shea. The PBA and O’Neill disagreed publicly throughout his tenure. The commissioner faced backlash from the association in August after he fired Daniel Pantaleo, an officer who put a black man in a chokehold during a 2014 arrest. The man, Eric Garner, died.

“The challenged facing the NYPD are enormous, but so are the opportunities,” PBA President Pat Lynch said in a statement. “We look forward to working with Commissioner Shea to combat the current anti-police atmosphere and make positive changes that will improve the lives of our police officers and every New Yorker we protect.” 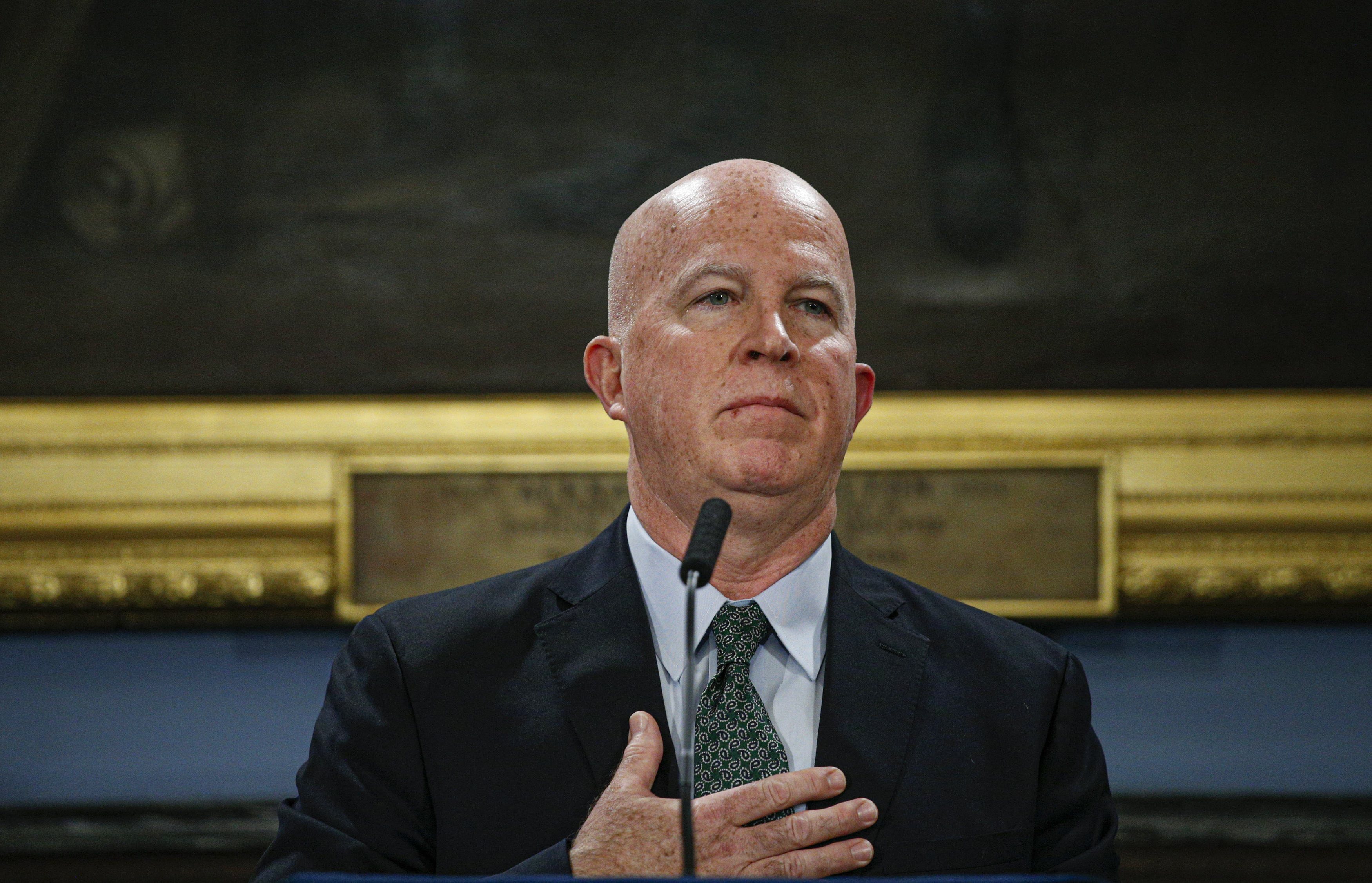 President Donald Trump tweeted about O’Neill’s resignation Tuesday morning, citing a new bail-reform law that could result in almost 900 inmates being released, NY1 reported. The law is retroactive, which means that current inmates could request for their bail to be lifted and be allowed to go free.

“So sad to see what is happening in New York where [Democratic] Governor [Andrew] Cuomo & Mayor DeBlasio are letting out 900 Criminals, some hardened & bad, onto the sidewalks of our rapidly declining, because of them, city. The Radical Left Dems are killing our cities,” Trump tweeted. “NYPD Commissioner is resigning!”

The law takes effect on Jan. 1 and will cancel bail for those charged with various misdemeanors and felonies, NY1 reported. The Mayor’s Office of Criminal Justice will reportedly be offering gifts such as baseball tickets and gift cards to ensure the released criminals will show up to court dates, the New York Post reported.