Johnson said his departure has nothing to do with his being found asleep behind the wheel of his vehicle in front of a stop sign, according to the Associated Press. Johnson admitted to having ”a couple of drinks with dinner“ before the incident, when he explained his actions to Chicago Mayor Lori Lightfoot.

In a farewell notice, the police department’s public affairs officer lauded the work of a cop who worked his way up from a modest upbringing as a “true son of Chicago who … went on to become one of our most dedicated public servants.” (RELATED: Chicago’s Top Cop Explains When It’s Okay To Shoot A Fleeing Suspect)

A true son of Chicago who grew up in public housing & went to public schools went on to become one of our most dedicated public servants. #ChicagoPolice Supt Eddie Johnson will announce plans to retire as leader of the nation’s second largest police department. CPD HQ @ 1045a pic.twitter.com/CVc7EaP4mP

Johnson joined the Chicago police as a patrolman with a beat 31 years ago. He has indicated a desire to leave the force to allow more time for his family.

The police chief has often been the butt of President Donald Trump’s routine criticism of Chicago’s high crime rate and gun violence. The president has called the city “a war zone.” Johnson recently refused to attend a national police chief’s conference in Chicago where Trump spoke, AP noted, and the president hammered the city’s persistent crime in the chief’s absence. (RELATED: Chicago’s Homicide Rate Reaches Levels Not Seen In Almost 20 Years)

Johnson was also police chief throughout the Jussie Smollett affair, that saw the black actor claim to be the vicim of what many alleged to be a bogus hate crime. The police superintendent was reportedly livid when the city dropped all charges against Smollett. 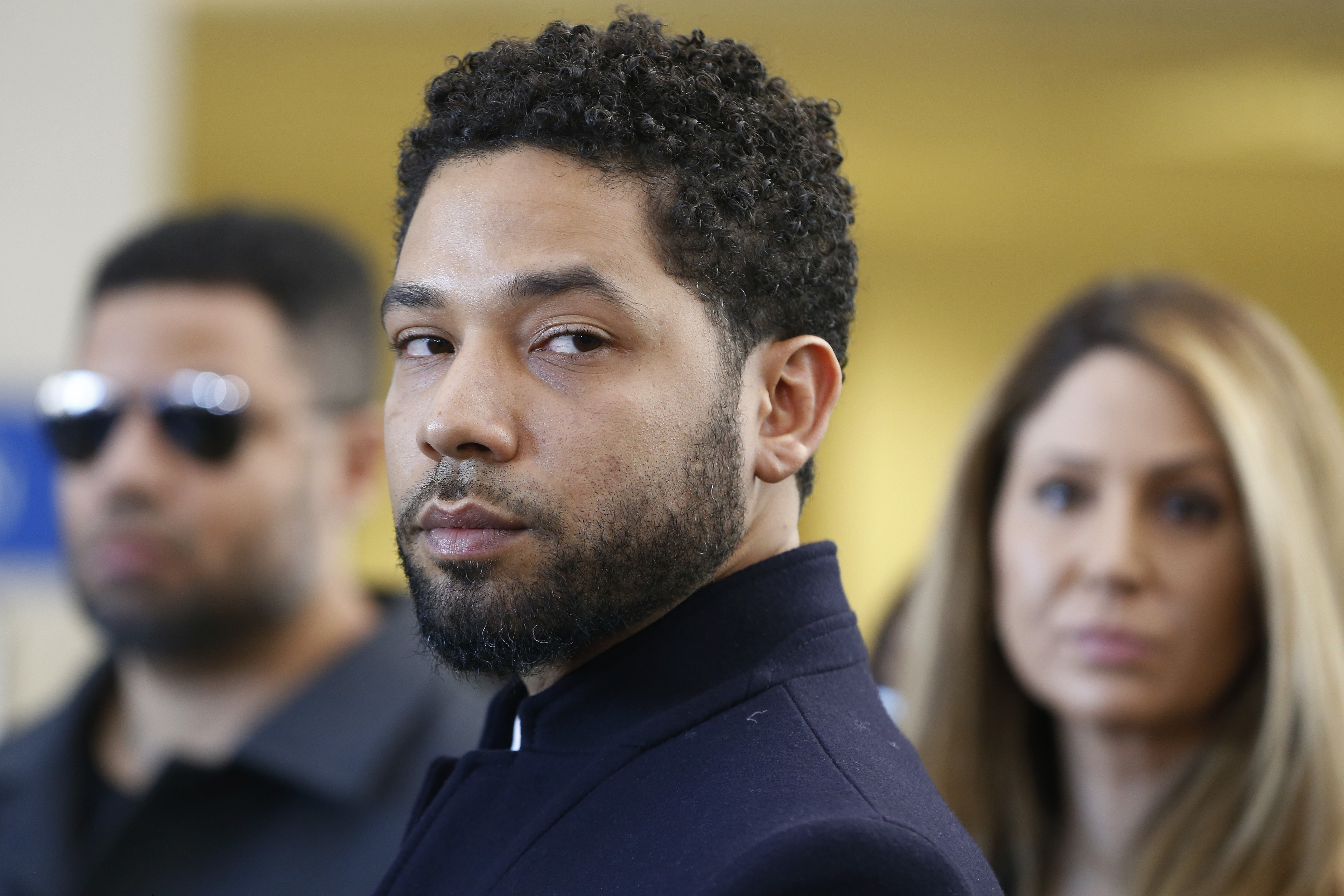 Actor Jussie Smollett after his court appearance at Leighton Courthouse on March 26, 2019 in Chicago, Illinois. This morning in court it was announced that all charges were dropped against the actor. (Photo by Nuccio DiNuzzo/Getty Images)

He became the city’s top cop in 2016, after then-Mayor Rahm Emanuel appointed him to the post. The mayor had fired his predecessor, Superintendent Garry McCarthy, when a video was released of a white Chicago police officer shooting to death a black youth.

Johnson’s first year in office was difficult. With almost 800 homicides on record in 2016, the superintendent was locked in a battle with street gangs and random shootings. The death tole dropped to 664 the year after, AP reports, but the number of homicides was still higher than New York City and Los Angeles combined. During this year’s July 4th weekend alone, 66 people were shot and six died of gunshot wounds.