President Donald Trump announced the four recipients of the National Medal of Arts on Sunday.

Oscar-winning actor Jon Voight will become the first person to receive the award from Trump, according to a report published by Fox News. Trump will give out four National Medal of Arts and four of the National Humanities Medal during  a ceremony at the White House on Thursday. 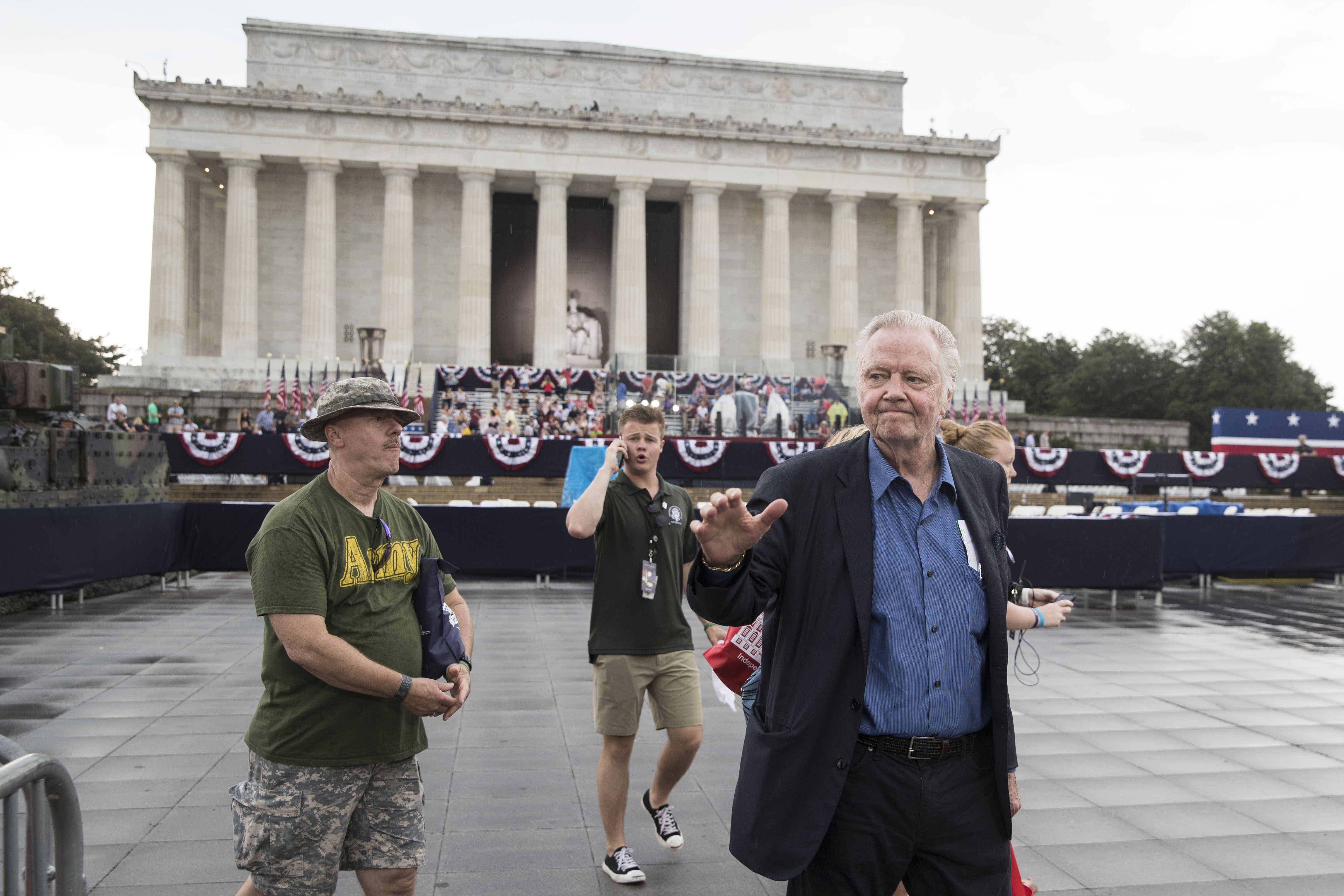 Actor Jon Voight greets crowds during the opening festivities of President Donald Trump’s “Salute to America” ceremony in front of the Lincoln Memorial, on July 4, 2019 in Washington, DC. The presentation will feature armored vehicles, a flyover by Air Force One, and several flyovers by other military aircraft. (Photo by Sarah Silbiger/Getty Images)

Although the awards are an annual honor, none have been given out since Trump’s inauguration in 2017. The awards were last presented in September of 2016 during President Obama’s administration.

Voight will receive the award for “his exceptional capacity as an actor to portray deeply complex characters.” (RELATED: Jon Voight: We Must ‘Stand With President Trump For His Next Win’)

The actor starred in “Midnight Cowboy” which earned an Academy Award for best picture in 1969. Voight also won an Oscar for best actor with the film “Coming Home” in 1978.

Other recipients of the National Medal of Arts include Alison Krauss, Sharon Percy Rockefeller and The Musicians of the United States Military.

Voight has been an active Trump supporter during the presidency.

In August of 2019, Voight voiced his support on Twitter with a video.

“This is not peace,” he said in the video. “This is not love. This is hate among the radical left. No amount of book smart will show the given policy of what truth stands for. Truth is a powerful emotion. Love … is what we should be voting for.”

“And I must say that we, the Republican Party, have voted for renewal, for a place of safety, a community where all can have peace,” Voight continued. “But this is war among the left. They have hate. It’s like a venom. No words of God, no words of love, but a radical emotion of hate.”