Following harassment by a leftist mob, and fearing for their safety, Binghamton University Republicans travel through campus accompanied by their peers, which they refer to as “packs.”

The students took these new measures after they were surrounded by an angry mob of 200 people on Thursday and had to be escorted to safety by campus police. What started as chants, name-calling, and demands to “pack up” and leave from the mob, escalated to destroying merchandise, overturning the display table, and yelling in the students’ faces.

At the time this incident occurred, Turning Point USA and College Republicans were tabling on campus to promote an upcoming event scheduled for the following week. The marketing strategy included handing out hot chocolate and adorning a table they had set up with conservative-themed posters and merchandise. (RELATED: Conservative Activist Gets Punched In The Face At Turning Point USA Event At UC Berkeley)

Some of those adornments, however, invited the ire of the left-wing students.

For example, a poster supporting gun rights caused offense as it was displayed on the same day that three were killed in a mass shooting at a California high school.

The most inciting of all to the left-wing students, as text messages obtained by the Daily Caller show, were the displays supportive of President Donald Trump.

“I heard there are only like 3 supporters there,” one student said in “The Culture,” a progressive group chat at Binghamton. Another responded, “yeah there’s not that many but fuck em up anyways.”

Those three “Trump supporters” were Lacey Kestecher, John Restuccia and another student Republican.

The text messages were first reported by the Binghamton Review, a student-run, campus news organization.

The psychological repercussions of being trapped in an angry mob were such that, following this incident, the conservative students now avoid the main areas of their campus and use the outskirts to find their way to class. The students also do not travel alone on campus. (RELATED: Charlie Kirk, Candace Owens Harassed By Protesters)

To add insult to this injury, the university said they will not bring disciplinary action against the protesters, nor will they investigate the matter, though a state assemblyman has demanded answers about the university’s response to the incident. 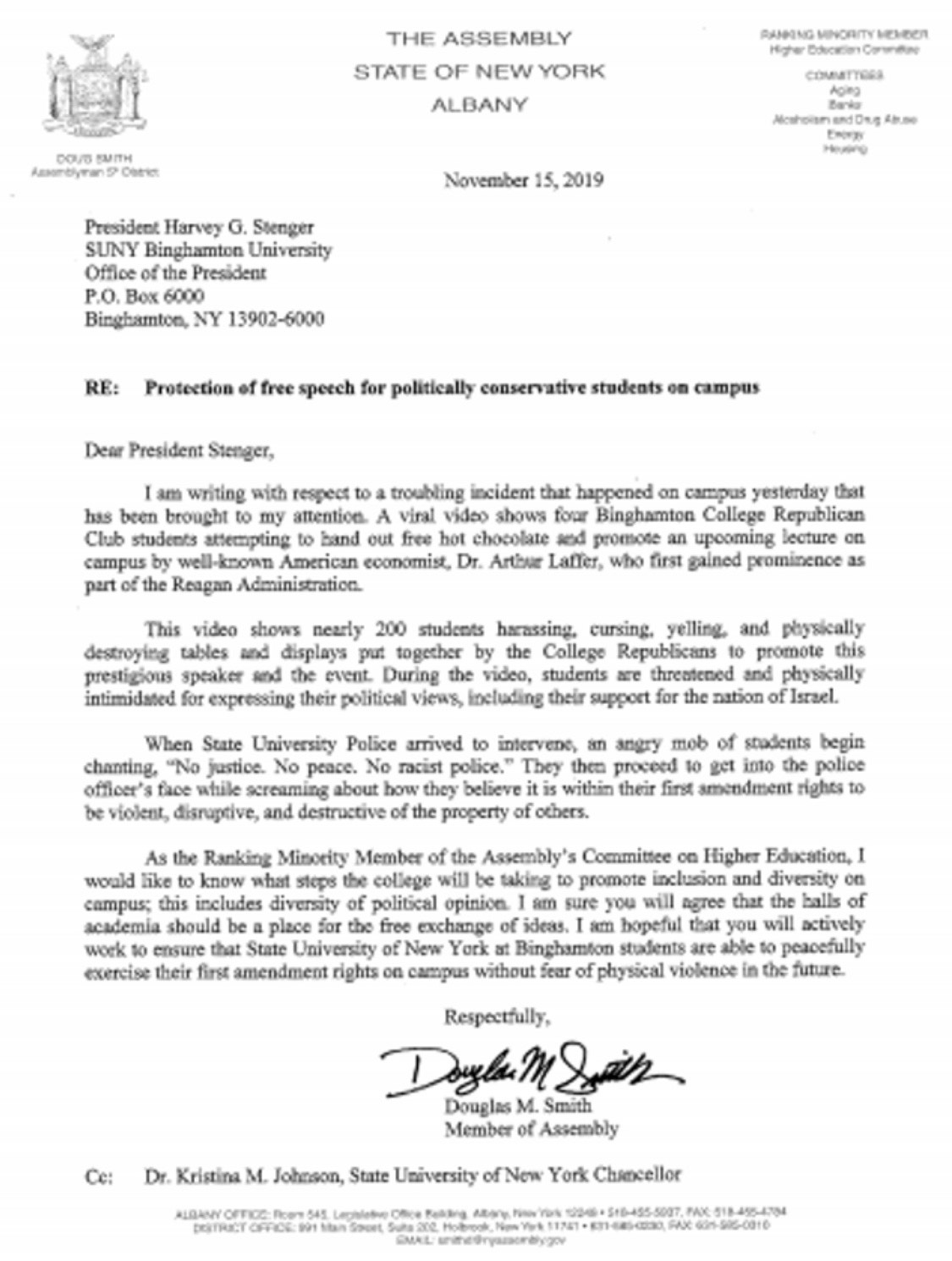 Nonetheless, the conservative leaders will not allow the intimidation to halt their activism. Rather, they say, the antagonism pushes them to fight with more enthusiasm. (RELATED: Candace Owens Tells The Story Of Breakfast Antifa Mob)

“These people are trying to invoke terror and fear — they’re bullies at the end of the day trying to kick us off campus because they don’t like the ideas we have to say,” said the president of the Republican club, John Restuccia. “It has had the opposite effect.”