Roy, who occupies a congressional district not far from the Mexican border, introduced the Drug Cartel Terrorist Designation Act earlier in 2019. The legislation calls on Congress and the State Department to label Mexican drug cartels as foreign terrorist organizations, giving the U.S. additional tools to fight crime emanating from south of the border.

Since the bill was introduced in March, not much action has been taken. However, Roy’s legislation is receiving more attention after an American family was slaughtered by suspected cartel gunmen in an unprovoked attack. The murder of nine people — six children and three women — earlier in November brought revived focus in Congress about rampant crime in Mexico, and how it’s affecting the rule of law in the U.S.

“What we’re seeing now is a significant interest,” Roy told the Daily Caller News Foundation about his bill. “In fact, we’ve had a number of co-sponsors jump on. We’ve got over 10 co-sponsors now. A lot of people hadn’t paid attention to the issue yet at that point.”

The first-term congressman explained how the situation in Mexico, which has long been plagued with violent crime, has gotten worse in recent years.

“Right now, there is literally a state of war going on in Mexico along our border where American citizens are getting killed, where Mexican law enforcement are getting killed, we have Mexican politicians getting targeted and killed,” he said. He added that while dangerous cartel organizations have existed for years, they are at the “peak” of their power and have essentially gained “operational control” of the southern border.

“Therefore, we should target cartels, and we should declare them to be the foreign terrorist organizations that they are. They are operating every bit as much like the foreign terrorist organizations that we currently deal with,” Roy said. “In designating them as such, it would give us enhanced tools to make sure that if someone is providing material support, they could be targeted — by going after dollar flows and banking, and by stopping immigration and movement generally around the world.”

Family members belonging to a Mormon community were traveling between the Mexican states of Sonora and Chihuahua on Nov. 4 when they were attacked with gunfire. While details about the ambush remain somewhat unclear, a relative of some of the victims said there were likely two separate attacks and carried out by the same drug cartel. The onslaught of gunfire killed some, while others were trapped inside burning vehicles.

Nine people in total were killed. Of the six children who were murdered, two of them were infants. The attack took place roughly 50 miles from the U.S.-Mexico border. 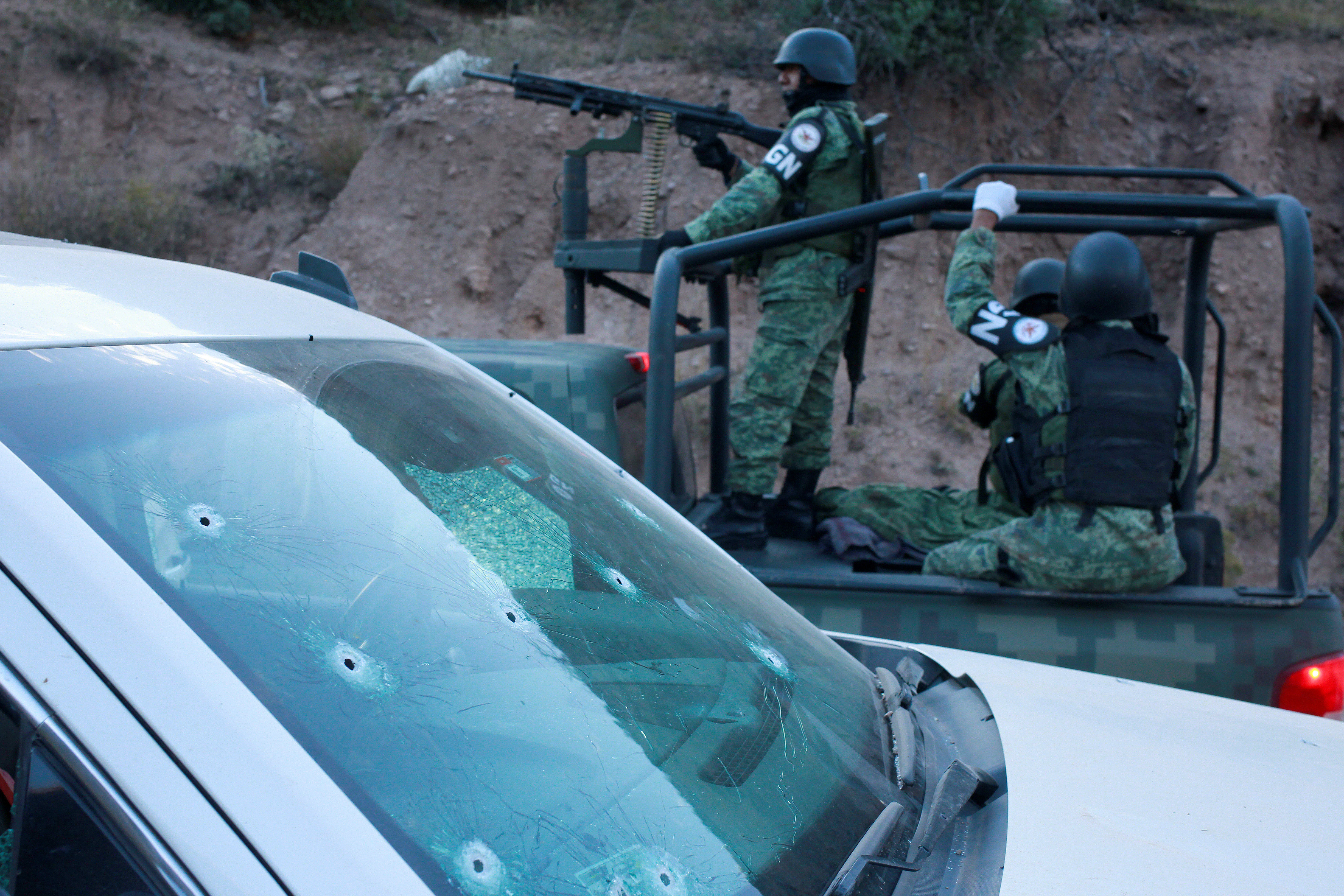 The massacre was just the latest news of violence to come out of Mexico. In October, Mexican law enforcement briefly detained Ovidio Guzmán López, the son of Mexican drug lord El Chapo, after locating him in a house. However, they were forced to let him go almost immediately after they were outgunned and outmatched by members of the Sinaloa cartel. Days later, a police officer involved in Guzmán López’s arrest was shot 155 times by gunmen when he pulled into a shopping center parking lot.

The entire incident proved to be a public relations nightmare for President Andrés Manuel López Obrador, who was elected into office on a pledge to decrease combat with his country’s drug cartels.

Since López Obrador entered office in December 2018, Mexico has seen an uptick in murders. Government officials reported that there have been 29,414 homicides so far in 2019. This a slight uptick from the 28,869 homicides during the same frame in 2018, according to the Associated Press. Northern Mexico in particular has been subjected to a constant barrage of cartel violence and crime.

To do that, the congressman urged the U.S. government to fix the Flores settlement, fix asylum laws so that they can’t be abused, amend the Trafficking Victims Protection Reauthorization Act, provide “significant” resources to Border Patrol and Immigration and Customs Enforcement (ICE), continue to build fencing along the southern border, and, of course, target the cartels.

“You do all of those things — now we have a secure border,” he said.

“This is real,” Roy continued, talking about the dangers posed by Mexican drug cartels. “And we’re just here with our thumbs up our bottoms because AOC is out there saying kids are in cages and kids are drinking out of toilets, and it’s complete bull crap. It’s a lie.” (RELATED: DHS Chief Says It Would Be A ‘Critical Mistake’ If Government Defunds Remain In Mexico Program)

“There are actual people being harmed, suffering right now while these guys [lawmakers] freaking fiddle with impeachment,” he said.