Another chapter in the house impeachment melodrama unfolded this week. The proceedings shifted from Adam Schiff’s Intel Committee to the Judiciary Committee, which is run by another Democratic member of Congress, Jerry Nadler of New York. Last month, Schiff’s failed approach was to bring down the president by bringing in a whole cavalcade of intelligence and foreign policy professionals and having them explain how their feelings had been hurt by the bad orange man.

Jerry Nadler tried a new approach. His strategy was to treat impeachment like a faculty meeting at Wesleyan. He produced a long line of academics with impressive-sounding credentials and had them condemn the president. And if you weren’t paying close attention, you might have been impressed. A highlight was when Nadler asked witness Noah Feldman what the framers of the Constitution would have thought about President Trump’s behavior. Feldman answered: “I believe the framers would identify President Trump’s conduct as exactly the kind of abuse of office high crime and misdemeanor that they were worried about.”

Madison, Hamilton, Washington. These are the same people the left would like to see dethroned, their statues knocked over by screaming college kids. If even they think Trump is rotten, then impeachment is mandatory. Of course, once you pause and consider this all for a moment, it starts to look a little less impressive. None of the witnesses had any evidence against the president. They were instead giving you their opinions.

So why would we care what these people think? Apparently, we are supposed to care because of their credentials, which enable them to give a fair, balanced and informed opinion on how America ought to proceed. But is that real? Well, consider the star witness, Pam Karlan. She is the Kenneth and Harle Montgomery Professor of Public Interest Law at Stanford. And before that, she clerked for a Supreme Court justice and earned three separate degrees at Yale. She has written several textbooks on constitutional law. If there is one impressive person in this country who our system has deemed capable of making judgments that you don’t even understand, it’s this lady. 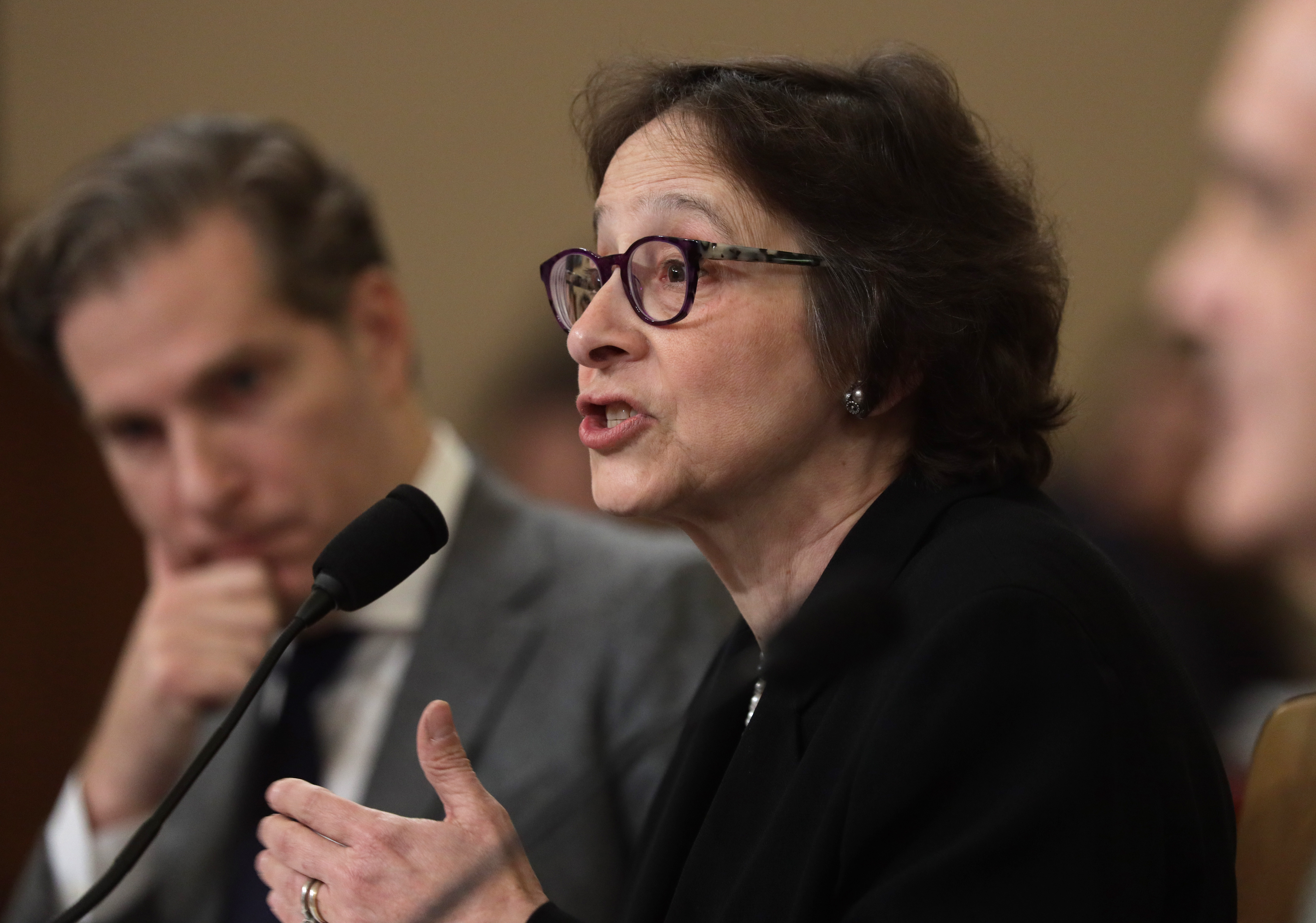 But think again. And this is a subtheme of the impeachment drama that we would like to highlight for its lasting impact. It turns out the more you know about the people you are supposed to consider impressive, the more you find out they are not impressive at all. Karlan, for example, is not some apolitical academic. She is a political activist who has donated thousands of dollars to Elizabeth Warren, Barack Obama and Hillary Clinton.

Donating to Democrats does not prove that Karlan is wrong. She proved that herself. She made it very clear that she was incapable of wise judgments. Instead, she made bizarre claims. She claimed that delaying military aid to Ukraine was like cutting off rescue services to Americans after a hurricane. She also engaged in embarrassing political stunts like ridiculing a president’s teenage son: “The Constitution says there can be no titles of nobility. So while the president can name his son Barron, he can’t make him a baron,” Karlan said. Wonder how long she practiced that one in the mirror? (RELATED: Impeachment Witness Pamela Karlan Says She’s ‘Insulted’ By Doug Collins’ Comments On ‘Facts’ During Hearing)

Karlan’s fellow witnesses were almost as embarrassing. Noah Feldman, professor at Harvard Law School, told lawmakers that he was skeptical of impeachment until this past summer. Suggesting, of course, that his endorsement is more legitimate. Turns out that was a lie. How do we know? All the way back in March of 2017, the same man suggested that Trump should be impeached because of a tweet he sent accusing President Obama of monitoring Trump Tower. That was impeachable, he said. He also said that Jim Comey’s memo of his conversations with Trump was impeachment-worthy, too. He even told Slate.com that the president doesn’t actually have the freedom of speech and should be impeached simply for saying things that Feldman doesn’t like. 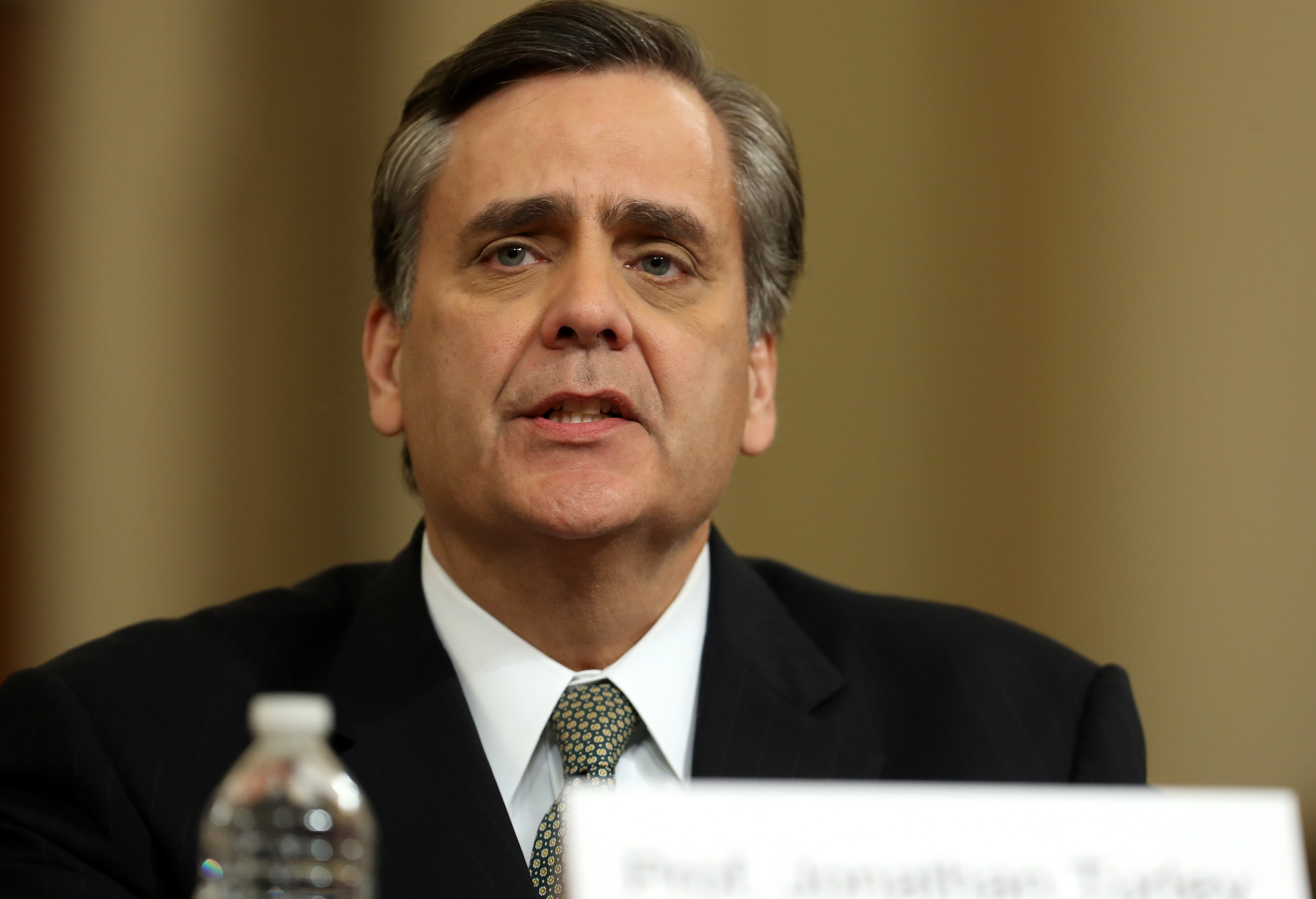 The only witness who didn’t embarrass himself was George Washington Law professor Jonathan Turley. Describing Turley as a GOP witness or a right-winger or a Republican is inaccurate. He is a member of the Democratic Party. He has advocated legalizing polygamy. He wanted George W. Bush tried for war crimes. He doesn’t like Trump. He didn’t vote for him. But he called an absurdity where he saw one:

Turley had it exactly right. This charade we are all witnessing in Washington is definitely not how you impeach an American president. (RELATED: Jonathan Turley Calls For Civility In Impeachment Hearing — Gets Threats Instead)