Mohammed al-Shamrani called the United States a “nation of evil” in an online manifesto, AFP reported Saturday. Shamrani died in the attack that left eight other people wounded. Authorities are assessing whether the incident was a terrorist attack. 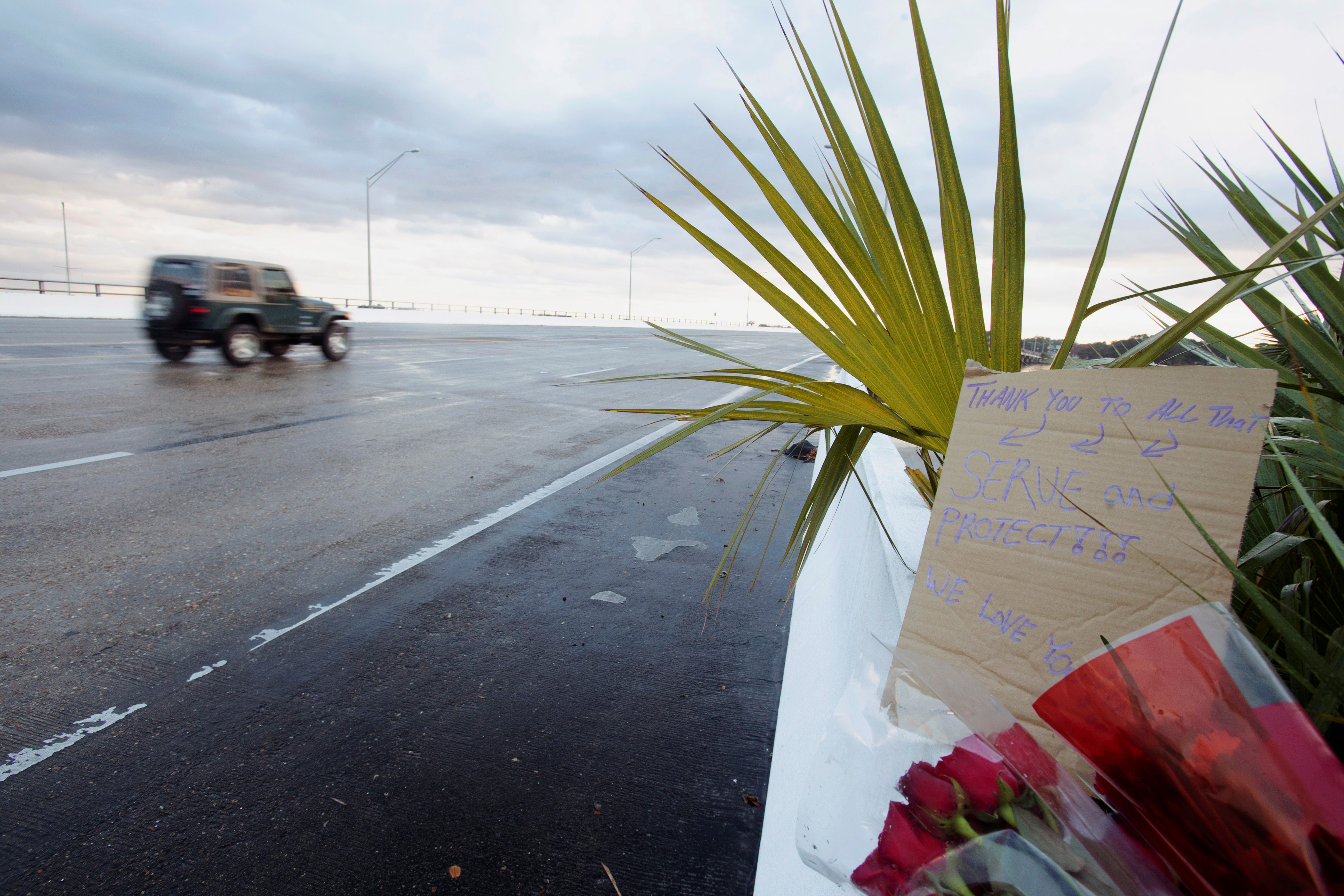 Flowers and a message are left on the entrance bridge after a member of the Saudi Air Force visiting the United States for military training was the suspect in a shooting at Naval Air Station Pensacola, in Pensacola, Florida, U.S. December 6, 2019. REUTERS/Michael Spooneybarger

According to the Associated Press, the suspect even “hosted a dinner party the night before to watch videos of mass shootings.”

A US official says the Saudi student who fatally shot three people at a Florida naval base had hosted a dinner party the night before to watch videos of mass shootings. https://t.co/gZzeVS9qfk

Republican Florida Gov. Ron DeSantis identified the shooting suspect as a Saudi Arabian national who was on the base for military flight training. In the 9/11 attacks 15 of the of the 19 terrorists were from Saudi Arabia and some had learned how to fly at civilian flight training centers in Florida. (RELATED: Three Killed, Suspect Dead In Florida Naval Station Shooting)

According to the SITE Intelligence Group that investigates radical Islamist media, Shamrani had posted a manifesto on a since-deleted Twitter account that read in part: “I’m against evil, and America as a whole has turned into a nation of evil.”

“I’m not against you for just being American, I don’t hate you because your freedoms, I hate you because every day you supporting, funding and committing crimes not only against Muslims but also humanity,” he wrote.

DeSantis told a news conference that “the government of Saudi Arabia needs to make things better for these victims. And I think they are going to owe a debt here given that this is one of their individuals.”

The governor praised the “bravery and grit” of first responders.

“I can tell you lives were saved because of the response of people both in uniform, with the Navy, and in uniform with the Escambia County, and so on one of the darkest days at the base in history, you still saw some of that bravery and grit come out …”

Commanding officer Captain Timothy Kinsella called the shooter was an aviation trainee and said he was one of “a couple hundred” foreign students assigned to the station. (RELATED: US Sailor Kills Two, Then Himself In Pearl Harbor Shooting) 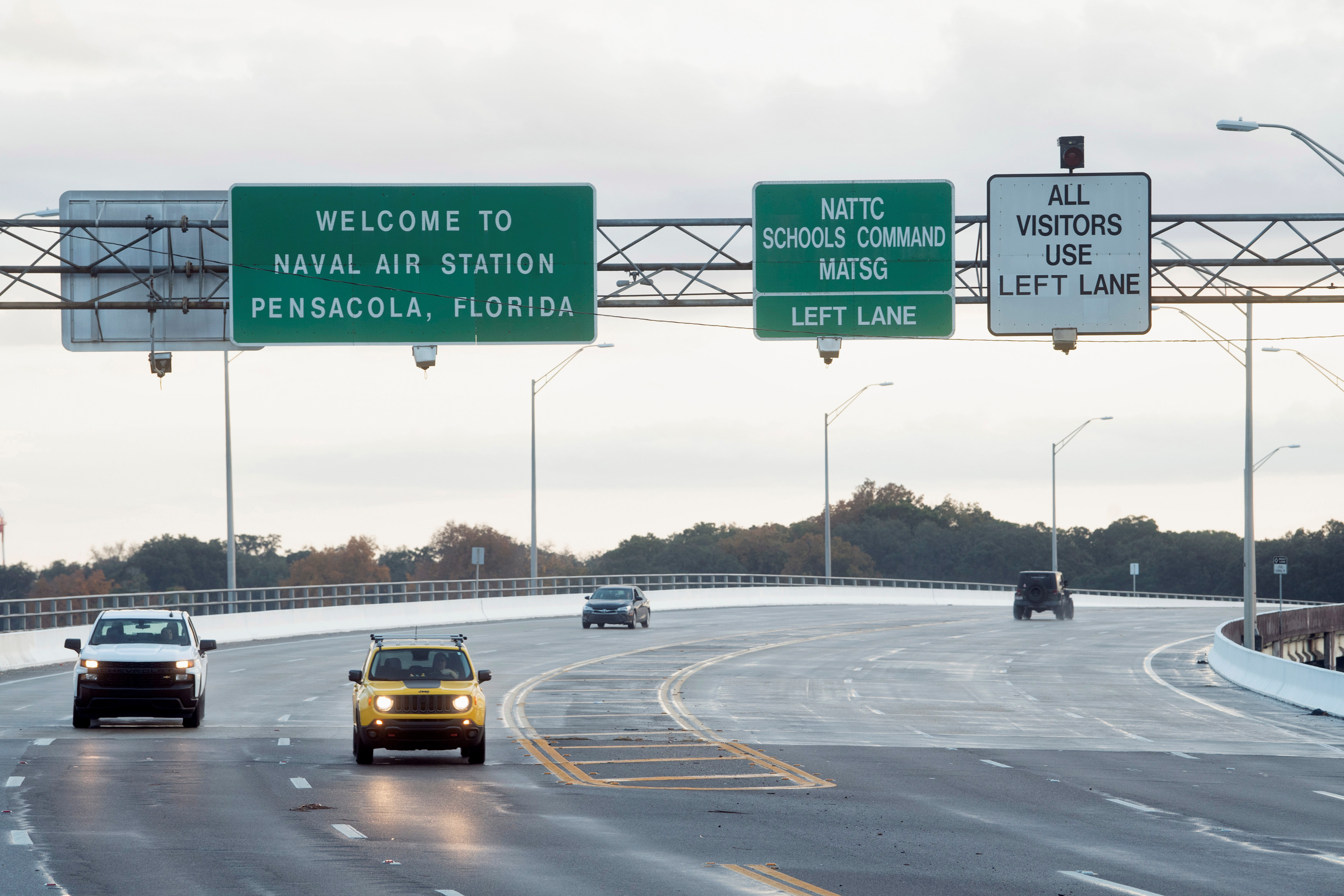 Traffic on and off base is restricted after a member of the Saudi Air Force visiting the United States for military training was the suspect in a shooting at Naval Air Station Pensacola, in Pensacola, Florida, U.S. December 6, 2019. REUTERS/Michael Spooneybarger

At least six other Saudi nationals have been detained since the attack, three of whom allegedly filmed the shooting, Fox News reported.

The attack was carried out with a Glock 9mm pistol that was purchased in Pensacola. The shooter reportedly had six magazines of ammunition and could have killed or injured more people had he not been stopped.

According to Fox News, the shooter was attending classes in a part of the base where novice fliers begin their training, so he had likely only arrived at the air station recently.