Several Democrats with knowledge of the matter told Politico that the question “was now when, not if, Van Drew was joining the Republican Party.” Meanwhile, multiple senior Democrats have tried unsuccessfully to reach the New Jersey lawmaker, Politico reported.

Van Drew had been under discussions with senior Trump administration officials about switching parties, according to a Saturday report from The New York Times.

A moderate Democrat who has been a firm opponent of impeaching President Donald Trump, Van Drew was reportedly considering the switch in part to avoid a Democratic primary challenge in his district.

An official announcement from the congressman could come next week. Meanwhile, the House Judiciary Committee cleared the way on Friday for a full House vote on impeachment, which could take place as early as Wednesday. 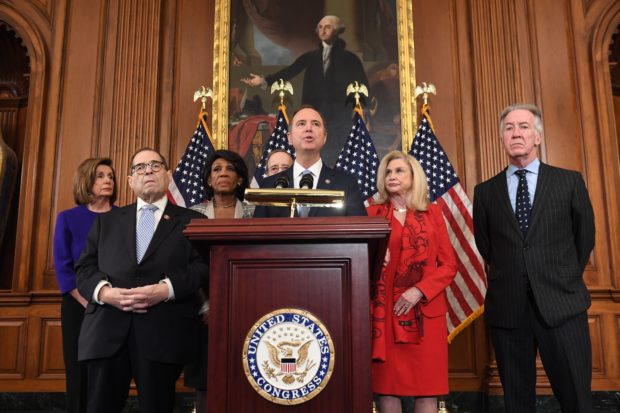 The Times report was sourced anonymously by one Republican and two Democrats. The Republican source claimed that ongoing conversations between the two parties “intensified late last week” and that Van Drew was “nervous about losing his seat, either in a Democratic primary or the general election.”

Along with Minnesota Rep. Collin Peterson, the New Jersey lawmaker was only one of two Democrats to vote against the impeachment inquiry. He told Fox Business host Maria Bartiromo last month that several other moderate Democrats were “quietly concerned” about the impact impeachment could have on their political futures. (RELATED: ‘Honey We Shrunk The Impeachment’: Kimberley Strassel Explains How Dems Narrowed Charges To Protect Themselves)