“Some of them you voted for in the Senate, including one who just yesterday joined a ruling to strike down a key part of the Affordable Care Act. Would President Trump’s appointees make it harder for you as president — for any one you on this stage — to enact your agenda?” Woodruff asked.

Klobuchar countered that the judge who wrote the opinion, Judge Jennifer Elrod, is a Republican appointee who was confirmed without opposition in 2007. The Senate confirmed Engelhardt to the 5th U.S. Circuit Court of Appeals on a 62-34 vote in May 2018.

“I think it is very important, when we look at these judges, to acknowledge that there are some of these judges that you think are going to be okay, [but] they aren’t,” Klobuchar said.

She went on to boast of her sharp exchanges with Justice Brett Kavanaugh during his contentious confirmation, noting she elicited an apology from the justice after he asked her about her own alcohol consumption during a fit of pique. (RELATED: A Legal Dispute Over Mississippi’s Abortion Ban Is Getting Red Hot) 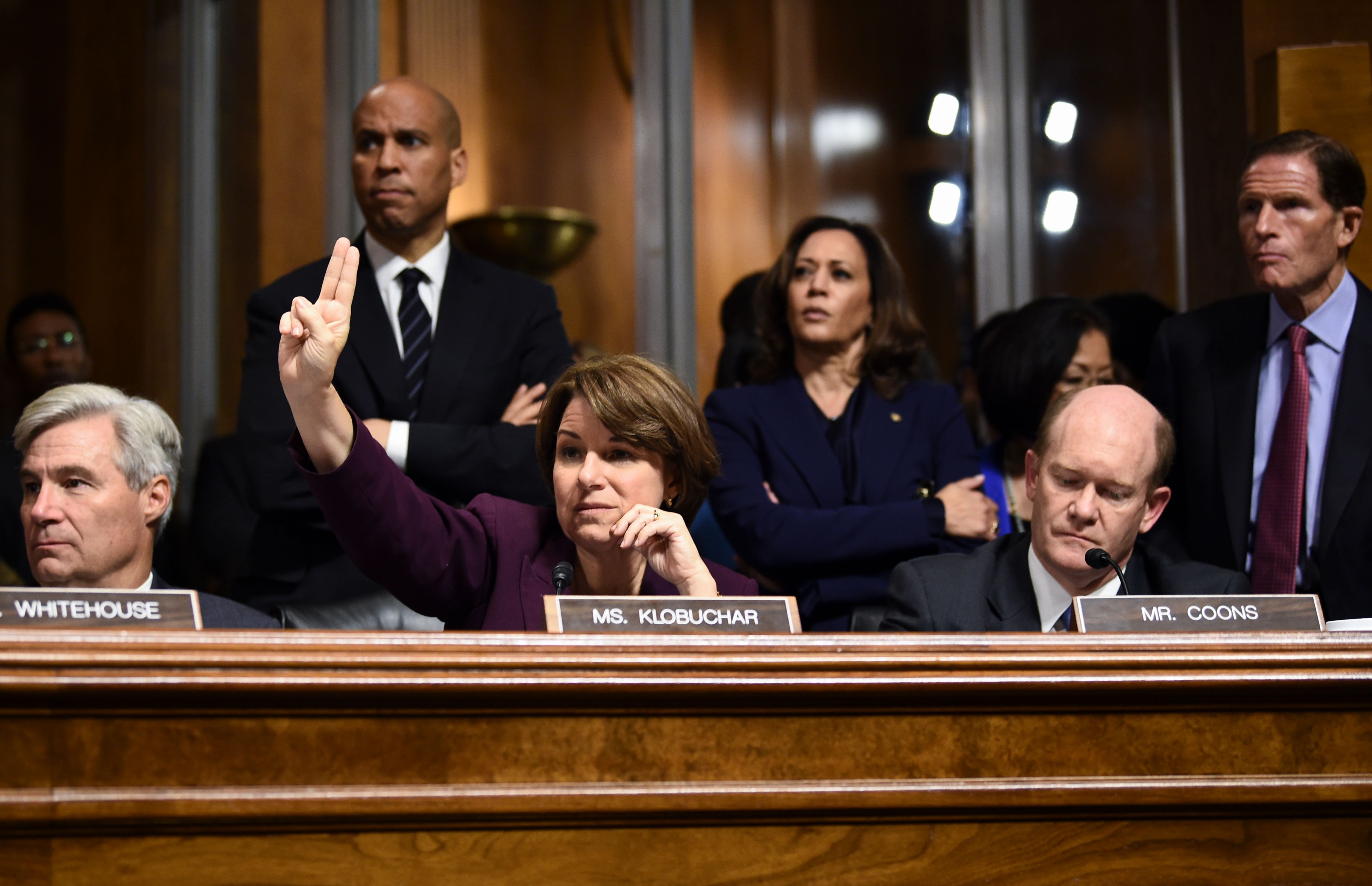 Klobuchar was one of 12 Democrats to support Engelhardt’s confirmation. She also joined Republicans to support the nomination of Judge David Stras, a legal academic and state court judge who clerked for Justice Clarence Thomas. Stras, who appears on President Trump’s list of prospective Supreme Court nominees, was confirmed to the 8th U.S. Circuit Court of Appeals in 2018.

Demand Justice, the leftwing judicial group, gave Klobuchar poor marks in its review of her voting record on Trump’s judicial nominees. The group’s latest scorecard assigned her an “F” rating, citing her support for Stras and eight other instances in which she voted to advance one of the president’s appeals court nominees.

Elsewhere in her remarks, she promised judicial appointments in the vein of Supreme Court Justices Ruth Bader Ginsburg and Elena Kagan. Speaking to NPR in July, Klobuchar said she would have a roster of judicial nominees ready on the first day of her presidency. However, she declined to identify nominees she is considering, prompting criticism from conservative legal commentators who say Democrats should follow President Trump and name presumptive judicial nominees.

“What is Klobuchar hiding?” said the Judicial Crisis Network’s Carrie Severino during Thursday’s debate. “We have seen the Democratic party getting more and more radical. Imagine how extreme her judges must be if she won’t even mention their names.”

The Senate confirmed 12 of President Donald Trump’s judicial nominees in the hours before Thursday’s debate.