The Kentucky Republican challenged Schiff’s previous explanations for the rushed impeachment inquiry, namely that Democrats “might not have gotten to impeach the president in time for the election.”

“The following is something that Adam Schiff literally said in early October,” McConnell continued. “Any action that forces us to litigate or to have to consider litigation will be considered further evidence of obstruction of justice. That’s Adam Schiff.” 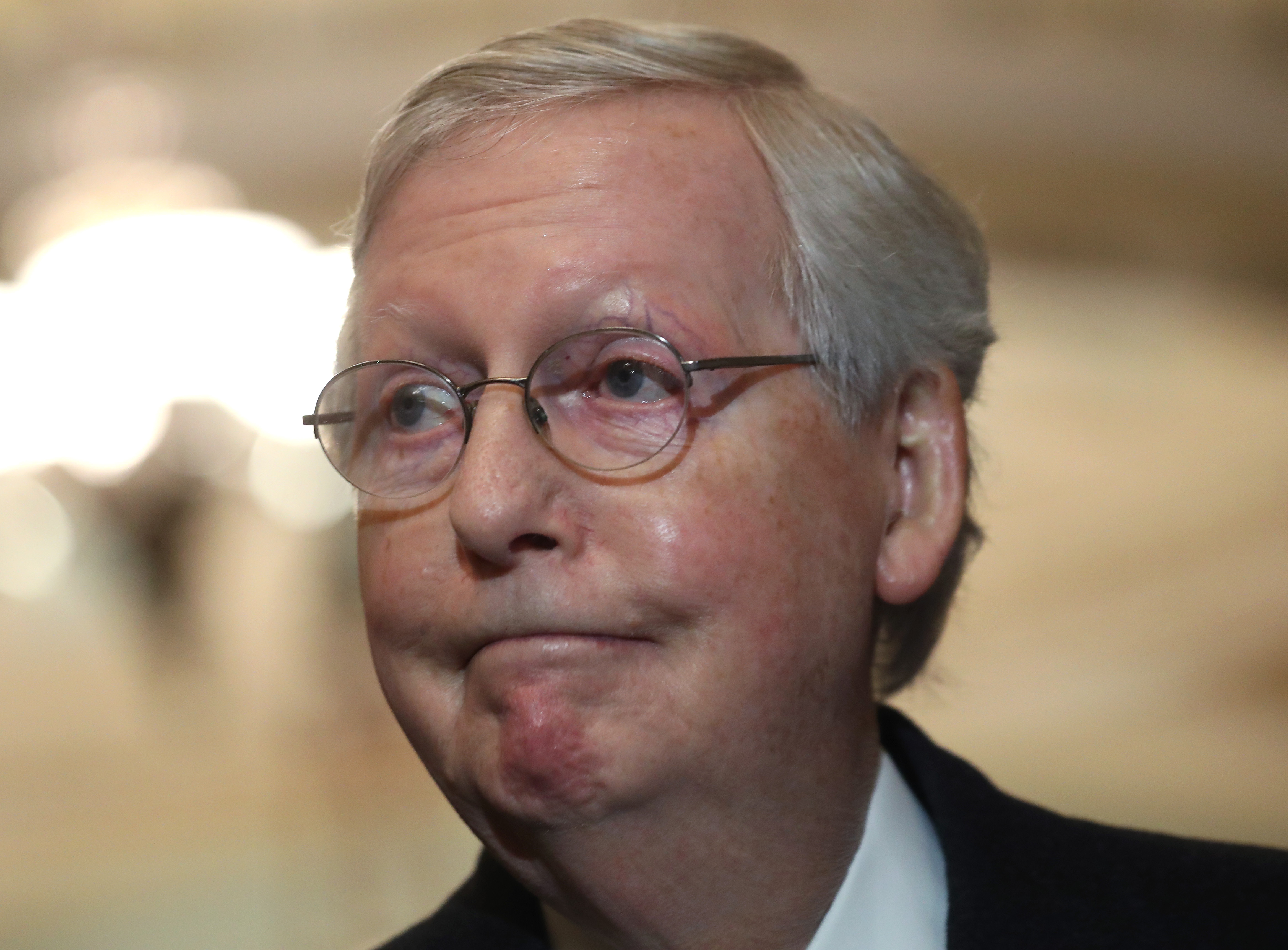 “Here is what the chairman effectively said and what one of his committee members restated just this week. ‘If the president asserts his constitutional rights there is that much more evidence he is guilty.'”

McConnell claimed “that kind of bullying is antithetical to American justice.” (RELATED: Pelosi Won’t Rule Out Withholding Articles Of Impeachment Until Democrats Get A ‘Fair’ Trial In The Senate)

He closed by calling the inquiry the “thinnest basis for any house-passed presidential impeachment in American history. The thinnest and the weakest, and nothing else even comes close.”

The House of Representatives voted to impeach President Donald Trump on two articles of impeachment Wednesday night, but several members of the Democratic caucus broke from the yay votes.

Maine Democratic Rep. Jared Golden split his decision, voting yay on abuse of power and nay on obstruction of Congress.