The Harvard law professor who appeared as a Democratic witness before the judiciary committee impeachment hearing says impeachment hasn’t been concluded until the House delivers the Articles of Impeachment to the Senate.

Noah Feldman indicated in an op-ed published by Bloomberg that the Articles of Impeachment, approved in a House vote Wednesday night, need to be delivered to the Senate in order to actually impeach President Donald Trump.

President Donald Trump listens while meeting with women small business owners in the Roosevelt Room of the White House on March 27, 2017 in Washington, D.C. (Photo by Andrew Harrer-Pool/Getty Images)

“The House must actually send the articles and send managers to the Senate to prosecute the impeachment. And the Senate must actually hold a trial,” Feldman wrote. (RELATED: Democrats Stack Judiciary Impeachment Hearing With Anti-Trump Lawyers)

That poses something of a problem for House Speaker Nancy Pelosi  who is being coy about when, if, or how she plans to move impeachment forward. The Democratic California congresswoman says she might sit on the articles until she is assured of a “fair” trial in the Senate. House Majority Whip James Clyburn has even suggested the Democrats might never advance the impeachment process.

Feldman, no ally of Republicans or the president, would agree.

Feldman reiterated: “If the House does not communicate its impeachment to the Senate, it hasn’t actually impeached the president. If the articles are not transmitted, Trump could legitimately say that he wasn’t truly impeached at all.”

The professor notes that just because the media reported Trump was impeached, doesn’t mean he really was. “As for the headlines we saw after the House vote saying, ‘TRUMP IMPEACHED.’ those are a media shorthand, not a technically correct legal statement.” 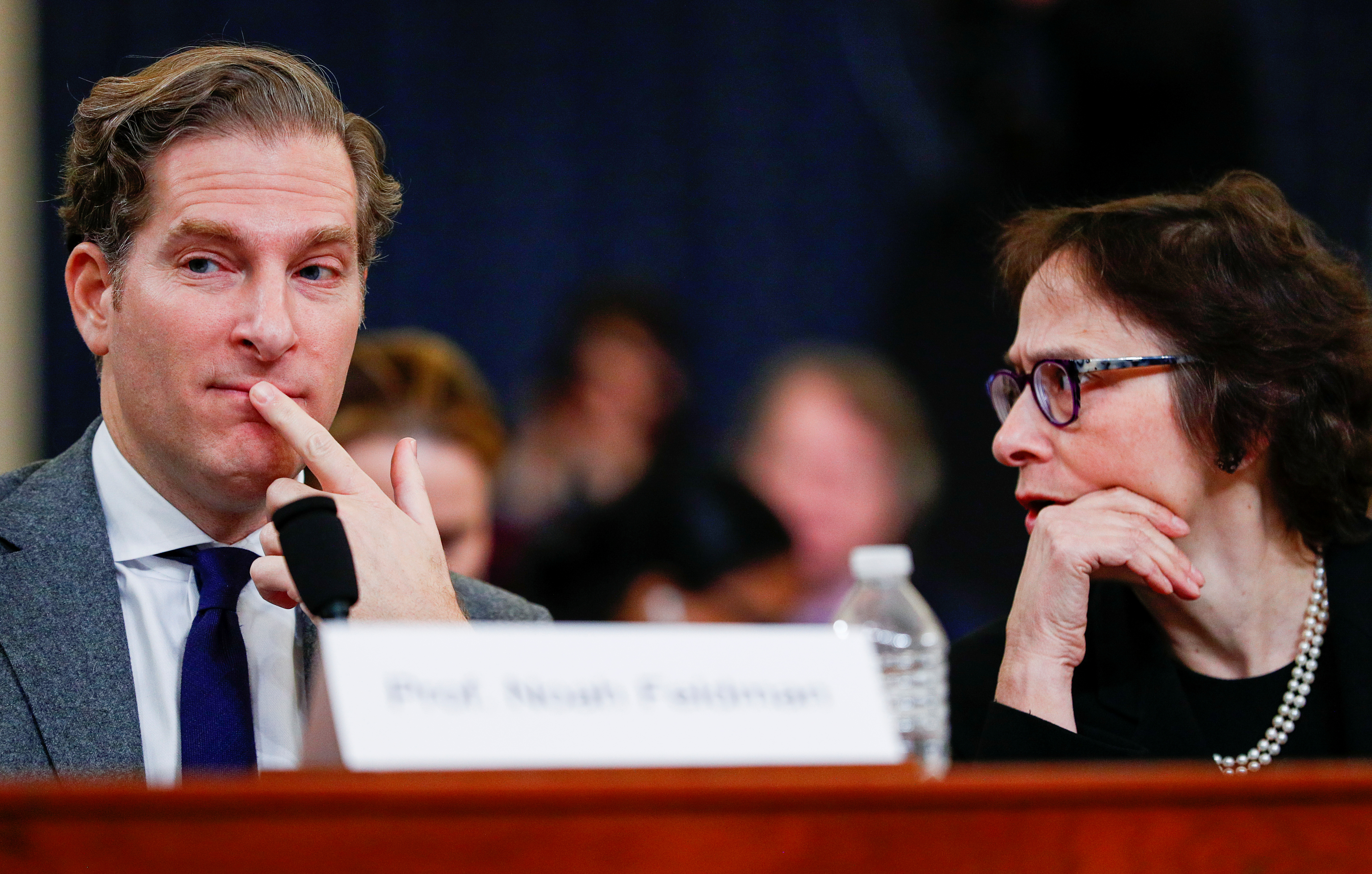 Feldman appeared to some to be so motivated by partisanship during his testimony before the House Judiciary Committee that he provided part of the inspiration for Republican Texas Rep. Louie Gohmert’s warning to impeachment hearing viewers, “All I got to say is, If you love America, mamas don’t let your babies grow up to go to Harvard or Stanford law school.”