At least six people died Friday in a helicopter crash on the Hawaiian island of Kauai.

A seventh member of the tour group is also believed dead but has not been located by on-site search and rescue workers, according to NBC News. 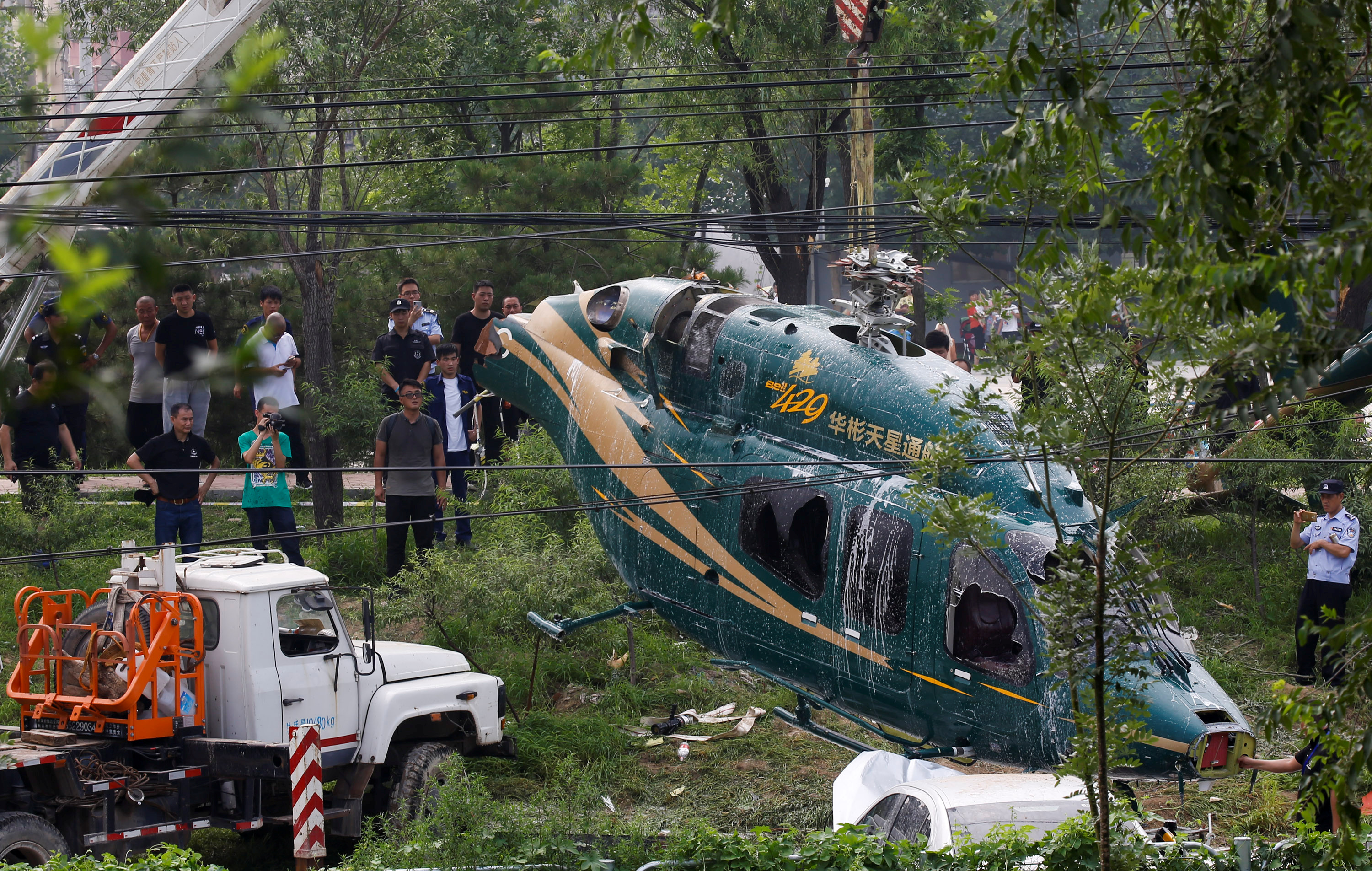 A crane lifts a helicopter after it crashed in Beijing, China, July 30, 2018. REUTERS/Thomas Peter –

At a news conference, Solomon Kanoho, battalion chief of the Kauai Fire Department, told reporters that the helicopter crashed along the north coast of the island. (RELATED: Three Killed In Medical Helicopter Crash)

The search for a possible survivor was halted Friday after fog moved in. Kanoho said he will continue the search on Saturday if visibility allows.

“There are no indications of survivors,” Kanoho said, noting that he would not be releasing the names of the deceased until after next of kin were notified.

The Safari helicopter was providing an aerial tour of the Na Pali area on the island and was supposed to return by 5:30 p.m. Thursday. When it did not, the search began. Kauai is one of the smaller bodies that comprise the Hawaiian islands and is west of Oahu. (RELATED: West Virginia Coal Billionaire Killed In Bahamas Helicopter Crash)

The pilot of the aircraft last reported his coordinates at 4:40 p.m. Thursday when he was departing Waimea Canyon.

Hawaii Gov. David Ige said in a statement earlier Friday that “Our thoughts are with the families of those on-board as search and rescue crews work at the site of the helicopter crash on Kauaʻi,” according to NBC.

The National Transportation Safety Board indicated that it would send three investigators to assess the cause of the crash — standard protocol for the federal agency responsible for determining why aircraft crashes occur.

In June, a helicopter crashed onto the roof of a Manhattan building, killing the pilot.

That same month, nine people died in Oahu when a plane carrying skydivers fell from the sky in a fireball.