The Iran-backed militiamen who attacked the U.S. embassy in Baghdad, Iraq for two days withdrew Wednesday.

Hundreds protested against American airstrikes and tried to break into the U.S. embassy Tuesday. The protesters scaled the walls of the compound and were about 200 meters from the main building, according to the Associated Press.

They continued Wednesday, setting up makeshift tents before the Popular Mobilization Forces, a group of state-allied militias, urged supporters to withdraw. This came after the Iraqi government asked as well, according to the AP.

“Your message has been received,” the Popular Mobilization Forces said. Many of the protesters are members of Iraq’s Popular Mobilization Units (PMU), which is largely made up of Shiite militias. (RELATED: ‘The Anti-Benghazi’: Trump Tweets That US Embassy In Baghdad Is Safe, Says Iran Will Pay)

The protesters moved to an area outside of the “Green Zone” after originally refusing to leave, the AP reported. Many of the protesters are members of Kataeb Hezbollah, an Iran-backed militia group.

There were no reported injuries or deaths, although the protesters set fires and defaced property at the embassy. 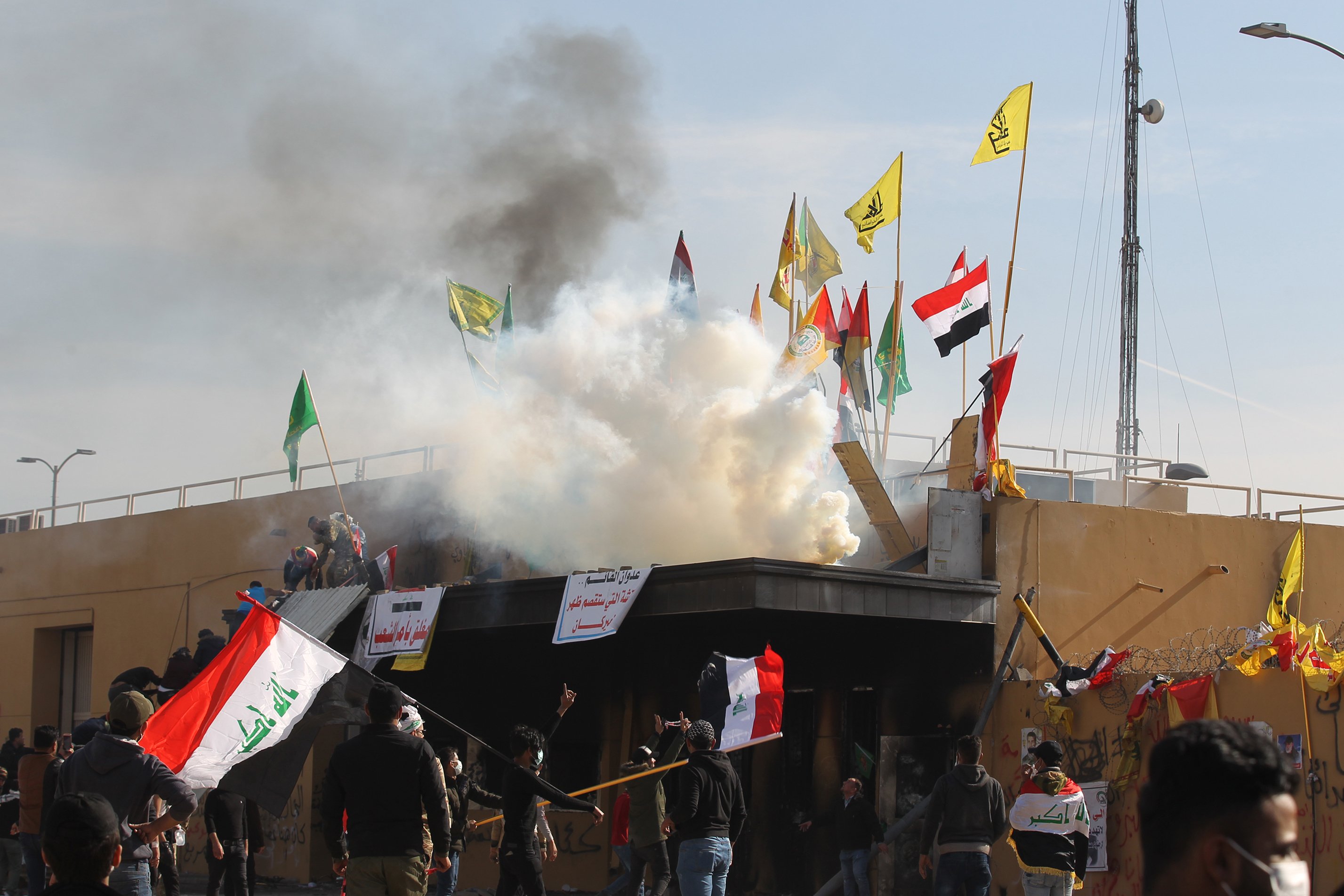 US forces (unseen) fire teargas canisters at supporters and members of the Hashed al-Shaabi paramilitary force during a demonstration outside the US embassy in the Iraqi capital Baghdad on January 1, 2020. (AHMAD AL-RUBAYE/AFP via Getty Images)

Around 100 U.S. Marines arrived Tuesday to help fortify defenses. An additional 750 troops were also deployed to Iraq Tuesday in an “appropriate and precautionary action,” according to Secretary of Defense Mark Esper.

President Donald Trump has blamed Iran for the situation. Iran’s Foreign Ministry spokesman Abbas Mousavi warned America against any “miscalculation” as the situation continues, according to Fox News. The country has denied any involvement.