New South Wales police charged more than 20 people for deliberately starting fires across Australia as the country beats back wildfires. Activists and celebrities said climate change played a part in the blaze.

The NSW Police Force has taken legal action against more than 180 people since the end of 2019, according to local reports. Australian fires have killed 18 people and claimed the lives of hundreds of millions of animals. 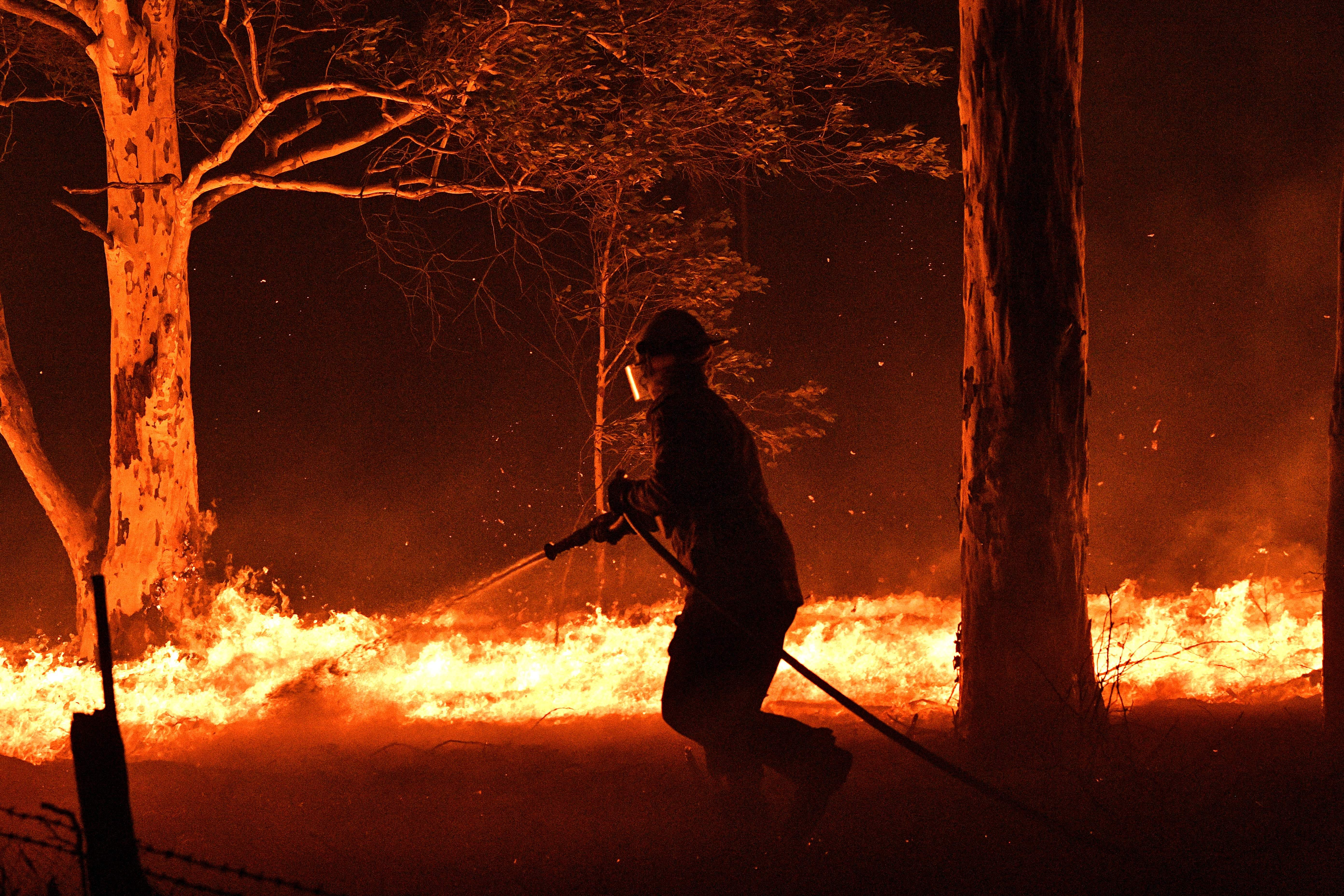 This picture taken on December 31, 2019 shows a firefighter hosing down trees and flying embers in an effort to secure nearby houses from bushfires near the town of Nowra in the Australian state of New South Wales. Fire-ravaged Australia has launched a major operation to reach thousands of people stranded in seaside towns after deadly bushfires ripped through popular tourist areas on New Year’s Eve. (Photo by SAEED KHAN/AFP via Getty Images) 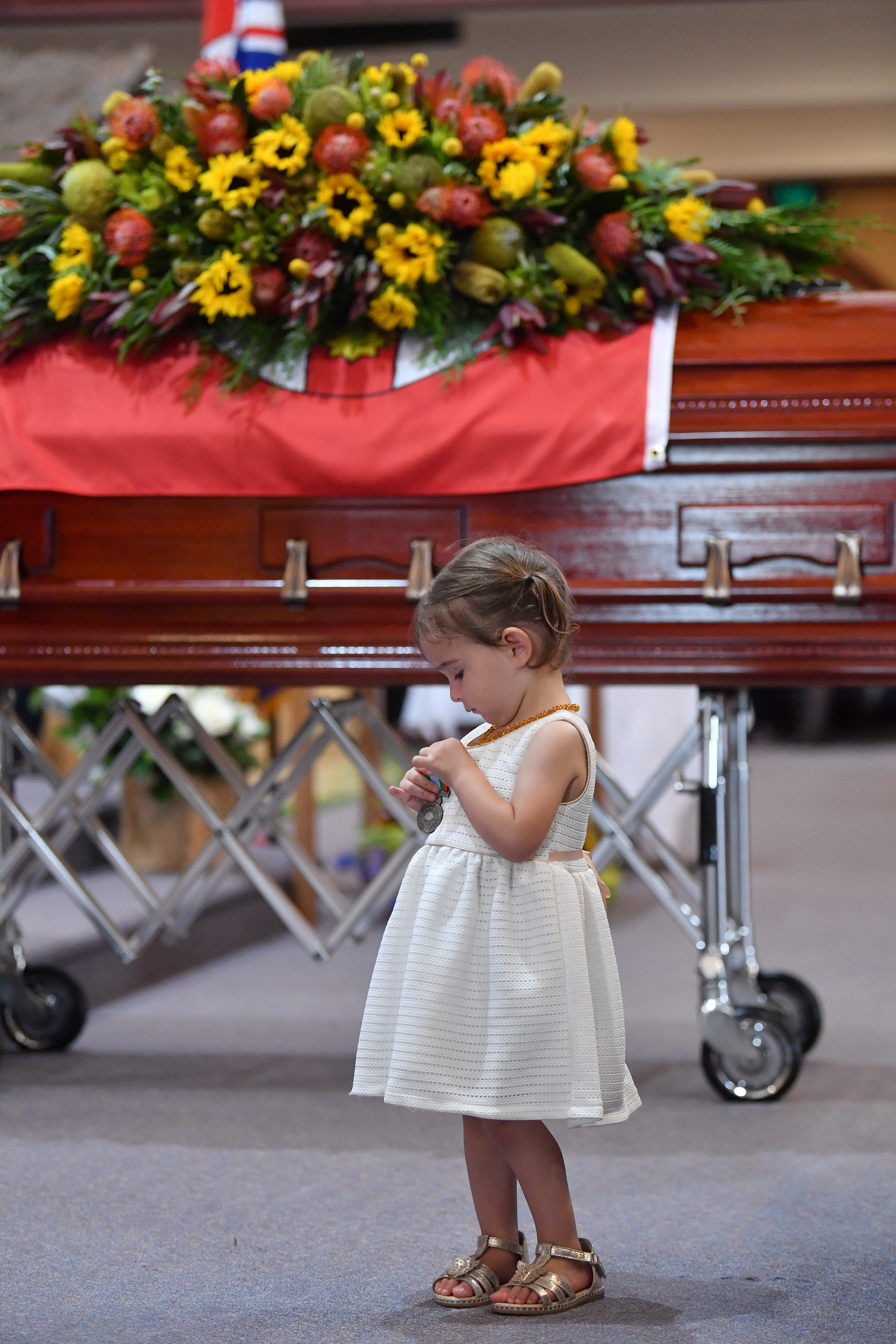 Charlotte O’Dwyer, the young daughter of Rural Fire Service volunteer Andrew O’Dwyer stands in front of her fathers casket as she looks at the service medal presented to her by RFS Commissioner Shane Fitzsimmons during the funeral for NSW RFS volunteer Andrew O’Dwyer at Our Lady of Victories Catholic Church on January 7, 2020 in Horsley Park, Sydney. (Photo by Dean Lewins-Pool/Getty Images)

A total of 183 people are facing legal action so far, according to the New South Wales government. Of the 183, 24 people have been charged for allegedly starting bushfires, another 53 people allegedly failed to comply with a total fire ban, and 47 people allegedly discarded cigarettes on dry land.

Many people blamed climate change for super-stoking Australia’s wildfires. (RELATED: Here’s What Wildfires Are Doing To California As Citizens Cope With Rolling Blackouts)

Russell Crowe arrives at the World Premier of “The Water Diviner” at the State Theatre on December 2, 2014 in Sydney, Australia. (Photo by Lisa Maree Williams/Getty Images)

Jennifer Aniston delivered a message at Sunday’s Golden Globe Awards from actor Russell Crowe, who said global warming is partially to blame for the wildfires. Crowe, who has a home in Australia, won the best actor award at the evening’s ceremony for his role in “The Loudest Voice.”

“Make no mistake,” said Aniston as she read from Crowe’s message. “The tragedy unfolding in Australia is climate change-based. We need to act based on science, move our global workforce to renewable energy and respect our planet for the unique and amazing place it is.” 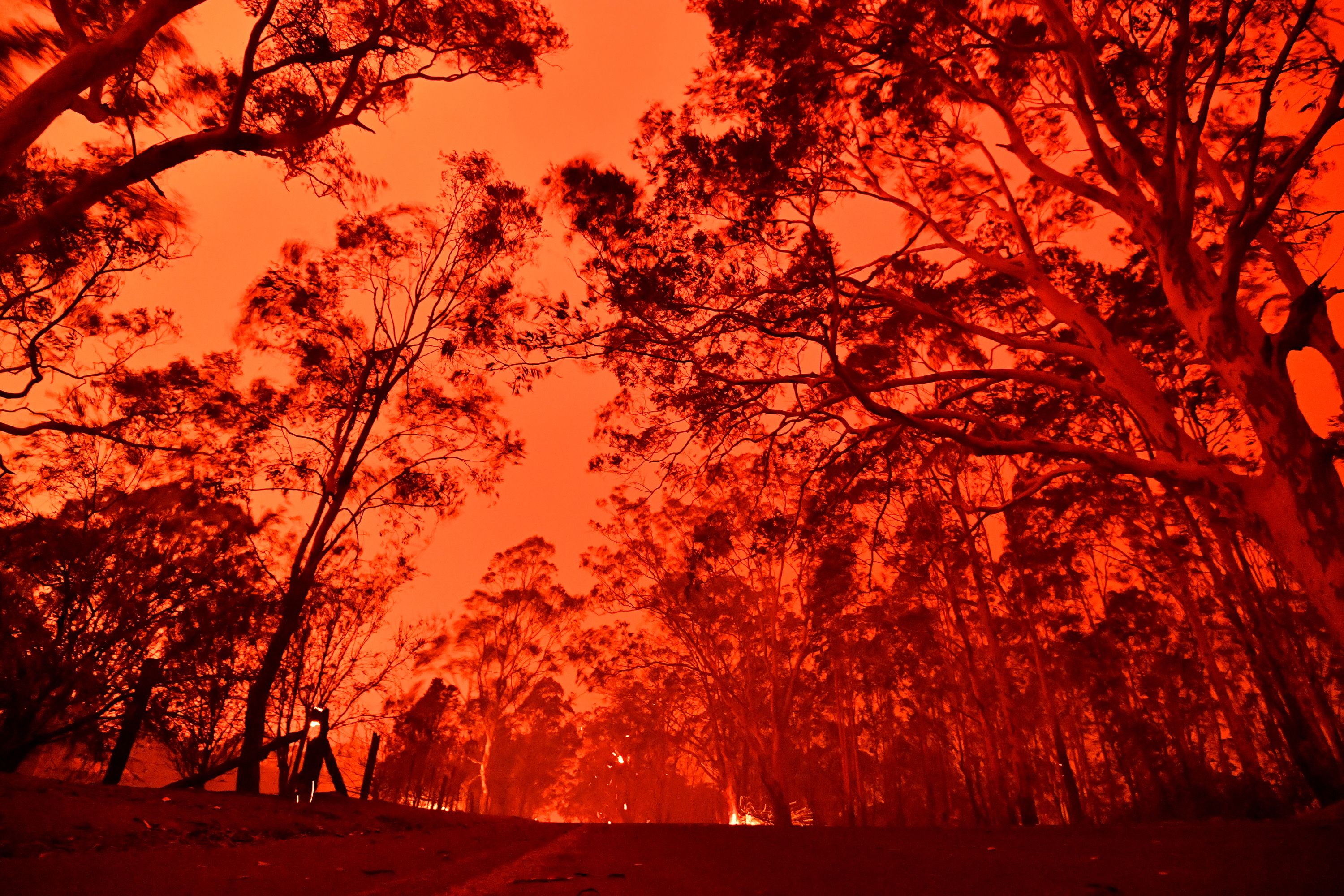 The afternoon sky glows red from bushfires in the area around the town of Nowra in the Australian state of New South Wales on December 31, 2019.  (Photo by SAEED KHAN/AFP via Getty Images)

The Washington Post’s editorial board also weighed in on the topic, telling its readers Monday that Australia’s wildfires should be a warning to the rest of the world and to those who are skeptical of climate change.

“This is the future humanity is writing for itself, right now, every day world governments waste failing to respond to climate change,” the editorial board noted before hedging to remind readers that there are probably other factors involved.