A former Royal Marine Commando Captain claimed the British troops were “disgusted” by how Harry went about announcing his decision to “step back” from his “senior” role.

Captain James Glancy, who won the Conspicuous Gallantry Cross in 2012 for courage and leadership, appeared Sunday on Nigel Farage’s LBC radio show where he discussed the drama at the Palace. While he praised the Prince for his role in the military, he slammed the decision to remove himself from his royal role. 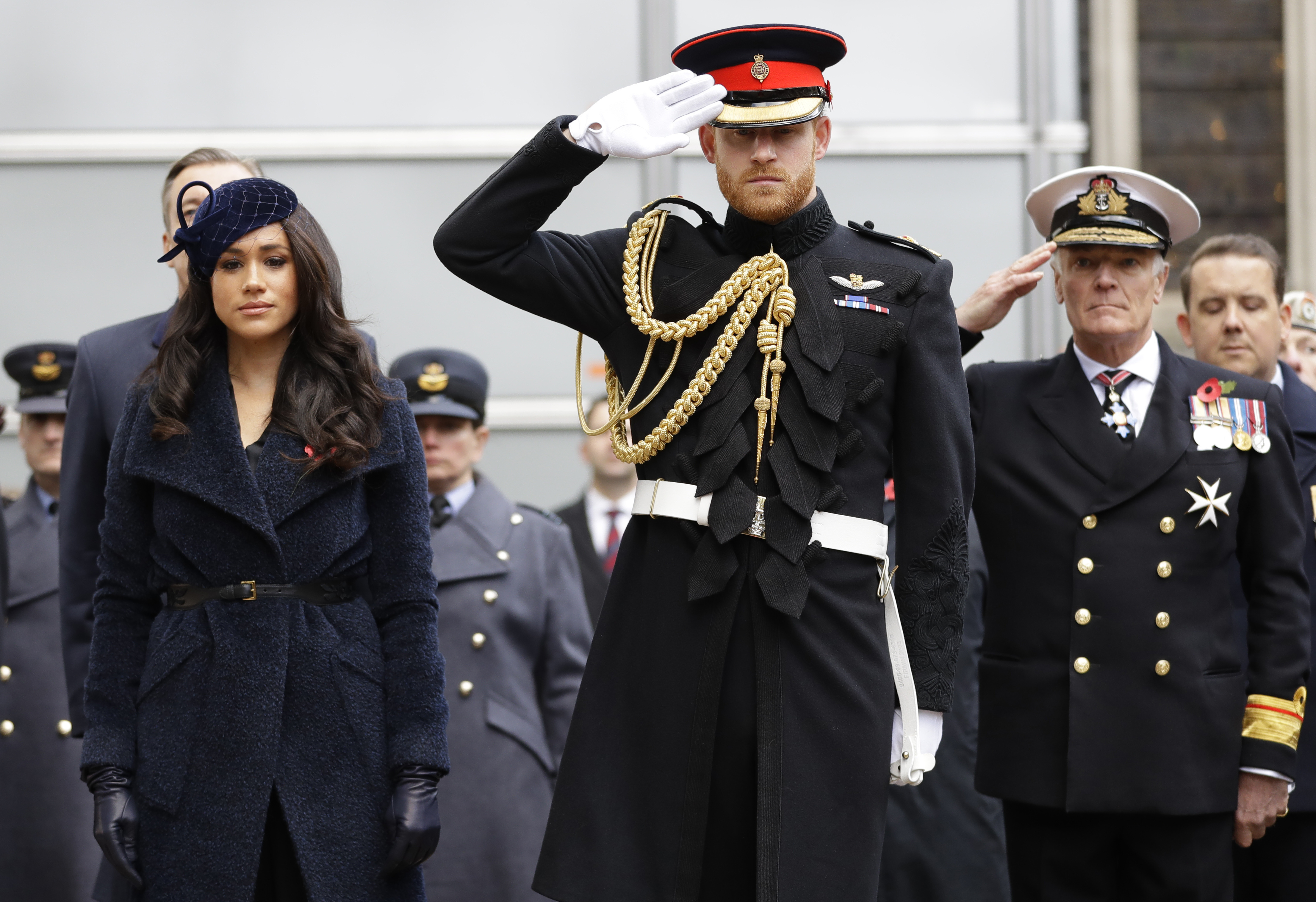 Britain’s Prince Harry, Duke of Sussex and his wife Meghan, Duchess of Sussex pay their respects after laying a Cross of Remembrance in front of wooden crosses from the Graves of Unknown British Soldiers from the First and Second World Wars, during their visit to the Field of Remembrance at Westminster Abbey in central London on November 7, 2019. – The Field of Remembrance is organised by The Poppy Factory, and has been held in the grounds of Westminster Abbey since November 1928, when only two Remembrance Tribute Crosses were planted. In the run-up to Armistice Day, many Britons wear a paper red poppy — symbolising the poppies which grew on French and Belgian battlefields during World War I — in their lapels. (Photo by KIRSTY WIGGLESWORTH/POOL/AFP via Getty Images)

“His behavior in the last year is not becoming of somebody that holds these important positions,” Glancy told Farage on the show.

“Now I’ve spoken to other Royal Marines, and other people in the military, and they’re very upset if not disgusted at the disrespect to the Queen by not discussing this,” he added. (RELATED: Queen Elizabeth II Responds To Prince Harry, Meghan Markle’s Decision With Message Of Support)

“If Harry goes down this route of semi-privatizing his role, I wouldn’t raise a toast to him as he wouldn’t have my respect,” he said, referencing Harry’s decision to work towards becoming financially independent from the royal family.

The appearance by Glancy came before the Queen, Prince Harry, Prince William and Prince Charles met to discuss the decision for Markle and Harry to be independent from the family.

Queen Elizabeth II reiterated in a statement following the meeting Monday that Markle and Prince Harry do intend to completely cut ties financially with the royal family.