Kate Middleton and Prince William may have completed their family.

During a Wednesday appearance at the Khidmat Centre in Bradford, Yorkshire, Middleton was overheard talking about the future of her family, according to a report published by Fox News. 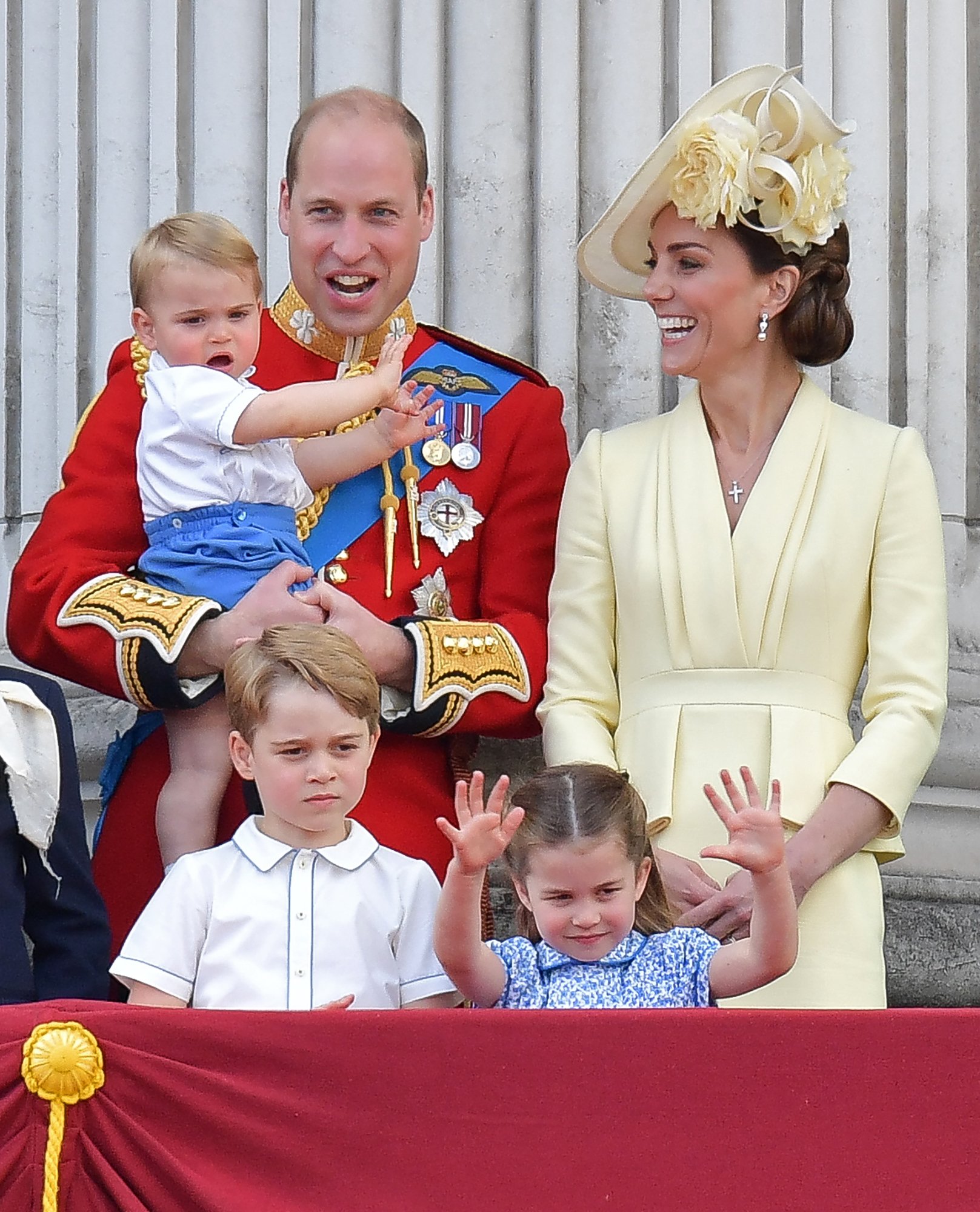 (L-R) Britain’s Prince William, Duke of Cambridge holding Prince Louis, Prince George, Princess Charlotte and Britain’s Catherine, Duchess of Cambridge stand with other members of the Royal Family on the balcony of Buckingham Palace to watch a fly-past of aircraft by the Royal Air Force, in London on June 8, 2019. – The ceremony of Trooping the Colour is believed to have first been performed during the reign of King Charles II. Since 1748, the Trooping of the Colour has marked the official birthday of the British Sovereign. Over 1400 parading soldiers, almost 300 horses and 400 musicians take part in the event. (Photo by Daniel LEAL-OLIVAS / AFP) (Photo credit should read DANIEL LEAL-OLIVAS/AFP via Getty Images)

“I don’t think William wants any more,” Middleton was heard saying to the crowd when asked if there would be a fourth royal baby.

This isn’t the first time Middleton has made comments regarding the expansion of her family. During the couple’s tour of Northern Ireland in February of 2018, Middle was again asked the question if there would be a baby number four.

“I think William would be a little worried,” she replied then. (RELATED: Queen Elizabeth II Responds To Prince Harry, Meghan Markle’s Decision With Message Of Support)

Wednesday marked the first public outing for the couple since Prince Harry and Meghan Markle announced they would be stepping down from their “senior” royal roles.

Prince Harry and Markle made the announcement last week on their Instagram accounts. After a private meeting between Prince Harry, Prince William, Prince Charles and Queen Elizabeth II, the Queen made a public statement supporting the decision.

“My family and I are entirely supportive of Harry and Meghan’s desire to create a new life as a young family,” the statement said. “Although we would have preferred them to remain full-time working Members of the Royal Family, we respect and understand their wish to live a more independent life as a family while remaining a valued part of my family.”