One man the FBI arrested for his alleged involved in a white supremacist hate group is a Canadian national living illegally in the U.S.

Authorities took three men — who are suspected of belonging to a neo-Nazi organization known as The Base — into custody Thursday morning, The New York Times reported. The men reportedly had weapons in their possession and considered attending a pro-gun rally in Richmond, Virginia, on Jan. 20 in the hopes of partaking in a possible race war.

Prosecutors charged all three in Maryland for numerous federal crimes.

One individual the FBI arrested, Patrik Jordan Mathews, 27, is a Canadian national who entered the U.S. illegally, according to officials. Mathews, who served in the Canadian Armed Forces for eight years, received combat engineer training and is considered to be an expert in the use of explosives. He was let go from the Canadian Army after his white supremacist ties were exposed. 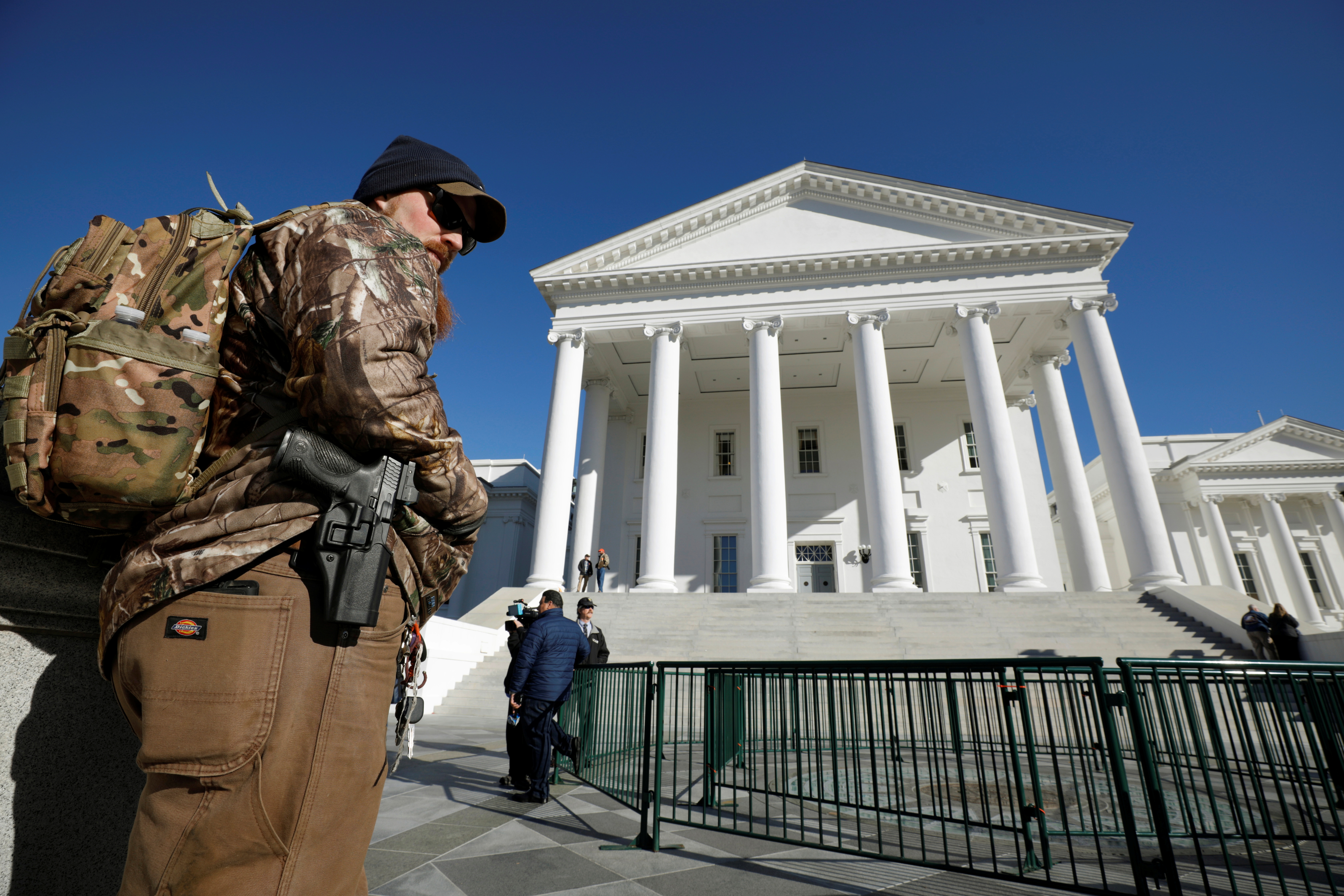 A gun rights activist carries his handgun in a hip holster outside the Virginia State Capitol building as the General Assembly prepares to convene in Richmond, Virginia, U.S. Jan. 8, 2020. REUTERS/Jonathan Drake

Mathews reportedly became a top recruiter for The Base before his arrest.

The Base is an “‘international survivalist and self-defense network’ that seeks to train their members for fighting a race war,” according to the Counter Extremism Project, a group that monitors white supremacist hate groups. The organization has an active network in North America, Europe, South Africa and Australia.

White supremacist activity has become a higher priory for federal investigators, and the FBI has been closely monitoring members of The Base and another neo-Nazi group known as Atomwaffen.

Virginia Democratic Gov. Ralph Northam — who now enjoys a state legislature that is controlled by his party — is stoking fear among gun rights activists that he will soon implement new firearm laws. Northam declared a “state of emergency” ahead of the Monday gun rights rally in Richmond and banned all firearms at the rally.

Coincidentally, Northam vetoed legislation in 2019 that would have mandated more cooperation between Immigration and Customs Enforcement (ICE), the agency that carries out immigration enforcement, and local authorities. (RELATED: Another Caravan Is Headed For The US Border, But DHS Says It’s Ready)

It’s not clear when authorities would deport Mathews back to Canada. ICE did not immediately respond to the Daily Caller News Foundation’s inquiry.