Hundreds of Central American migrants are headed toward the United States, but the Department of Homeland Security (DHS) said the border programs it has put in place, along with international cooperation, will keep them at bay.

A caravan of hundreds of migrants formed near San Pedro Sula, Honduras, on Wednesday and began traveling toward the Guatemalan border, the first international crossing on their route to the U.S. southern border. The Guatemalan government said that, because of travel agreements between Central American nations, those with travel documents would be allowed to pass. However, Guatemala appears as far north as the caravan will be able to reach.

Chad Wolf, the acting secretary of DHS, said the migrant situation has changed since previous caravans have reached the U.S. border. The White House, he said, has reached agreements with Mexico and Central American governments that prevent mass movement of asylum seekers, and initiatives are being implemented for those who make it to the U.S. border.

“I would say, what has changed from 2018, or even from last year, are the number of agreements that we have in place with Honduras, Guatemala as well as Mexico,” Wolf said Thursday on the Brian Kilmeade radio show. “We have [Customs and Border Protection] agents, tactical agents in Guatemala, and of course the government of Mexico, at President Trump’s urging, has deployed national guard to both their northern and southern border.” 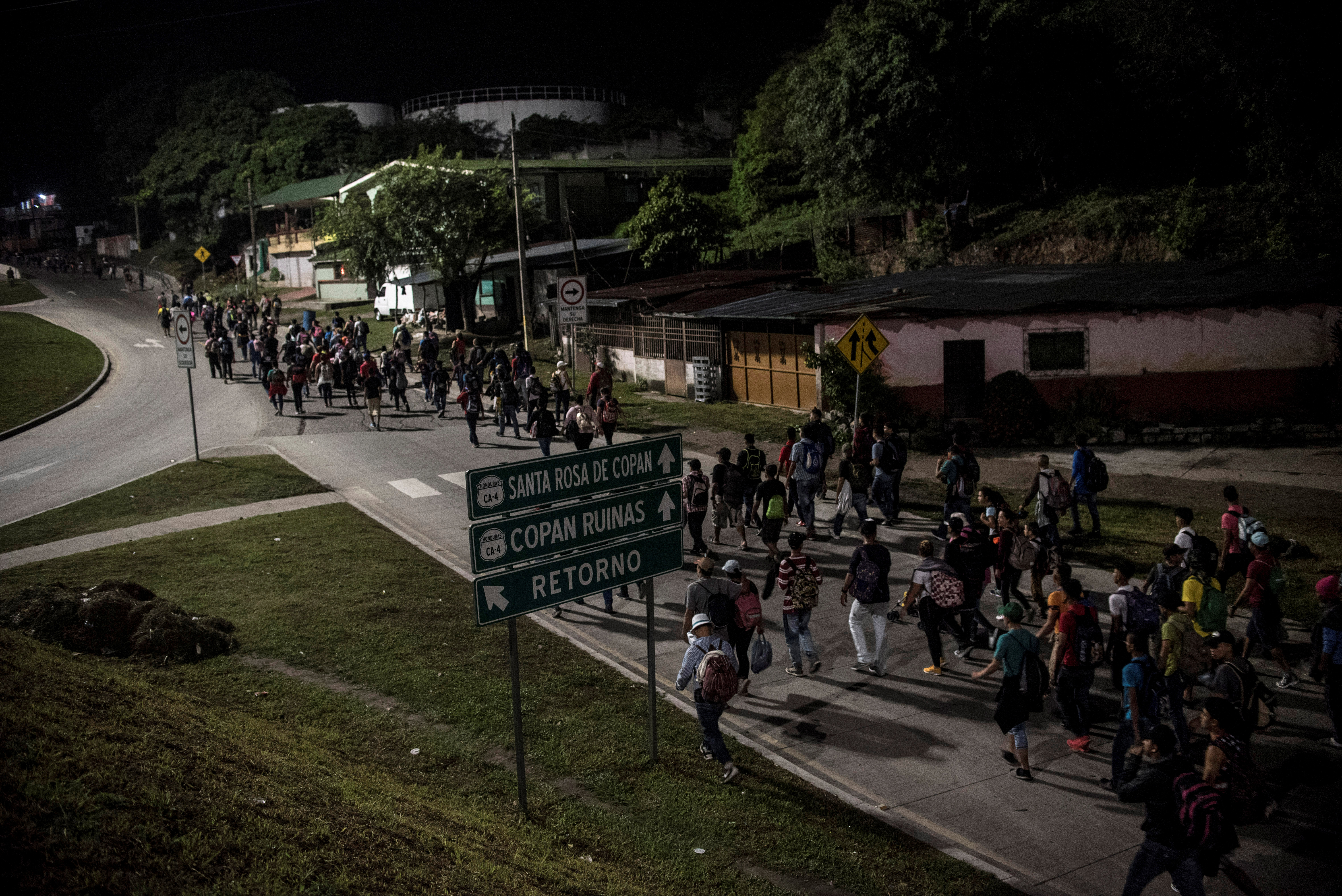 Hondurans walk along a road as they take part in a new caravan of migrants, set to head to the United States, in San Pedro Sula, Honduras January 15, 2020. REUTERS/Stringer

“Should individuals make it through all of that, when they make it to the southwest border, they are going to run into a number of programs that we have put in place that will not allow them into the country without any legal reason to be there,” Wolf continued.

Many of the Hondurans who somehow make it to the U.S. southern border would likely subject to the new asylum agreement between Washington, D.C., and Guatemala, ultimately transporting them to Guatemala to seek protected status there. Others would be subject to Migrant Protection Protocols, a program that requires them to wait in Mexico for the entire duration of their immigration court proceedings.

Mexico, for its part, has made it abundantly clear that, while it is willing to accept those seeking asylum protections, it will not allow its territory to be used for transit for U.S.-bound migrants.

“The Mexican government advised us that it is not going to let them pass … that it is going to use everything in its hands to keep them from passing,” Alejandro Giammattei, Guatemala’s new president, said in a statement, according to The Associated Press.

“We will warn those in the caravan that they are probably going to be able to arrive to the border [with Mexico], but from there on they are going to collide with a wall that they will not be able to penetrate and we believe many of them are going to give up.” (RELATED: ‘Height Of Hypocrisy’: ICE Rips New York For Not Turning Over Illegal Alien Now Accused Of Killing 92-Year-Old Woman)

Wolf on Thursday credited President Donald Trump’s leadership for the dramatic uptick in cooperation from Mexico.