Benjamin Watson is not only a starting tight end for the New England Patriots — he’s also the father of seven children, a man of faith, a commentator, and an advocate for life.

The 39-year-old football player, who formerly played for the Baltimore Ravens, the New Orleans Saints, and the Cleveland Browns, told the Daily Caller News Foundation in an exclusive interview that his faith informs his political stances, which he says pushes him to speak out in defense of the truth.

For Watson, faith is the “essence of who you are.”

“It’s not something you carry alongside of you,” he explained. “You live out your faith in everything you do.”

Children are not a burden

Watson’s faith inspires him to publicly stand up for the truth, the football star says. In an age where football players often come under fire for speaking up on political issues, he pushes back at those who say NFL athletes should keep quiet and play football. (RELATED: Here’s A List Of The Famous Athletes Who Skipped Visiting Obama In The White House And How The Media Treated Them)

“It’s really demeaning,” he said. “You’re taking the humanity out of the person and turning them into simply a vehicle of entertainment.”

“You’re stripping them of what makes us all human beings — our emotions, our intellect, our spirituality … all those complex things are in all of us whether we play football, whether we are journalists, whether we are politicians or doctors or stay-at-home dads or moms,” he continued. “We all have those things.”

He met his wife Kirsten through the Fellowship of Christian Athletes while they were both playing sports at the University of Georgia. The two married after Watson’s rookie year with the New England Patriots.

“She’s a visionary,” he said with a laugh. “She’s like the ‘why not.’ Why not do this? Why not expand your horizons? She sees the vision.”

“I’m the ‘why’ person,” he added. “I need everything to be analytical. Why should I do this? This isn’t going to work. So we really balance each other out.”

Watson and his wife have welcomed seven children into their family — a large family by anyone’s standards. He said one of the most beautiful aspects of having a big family is the friendship he sees his children have with one another. 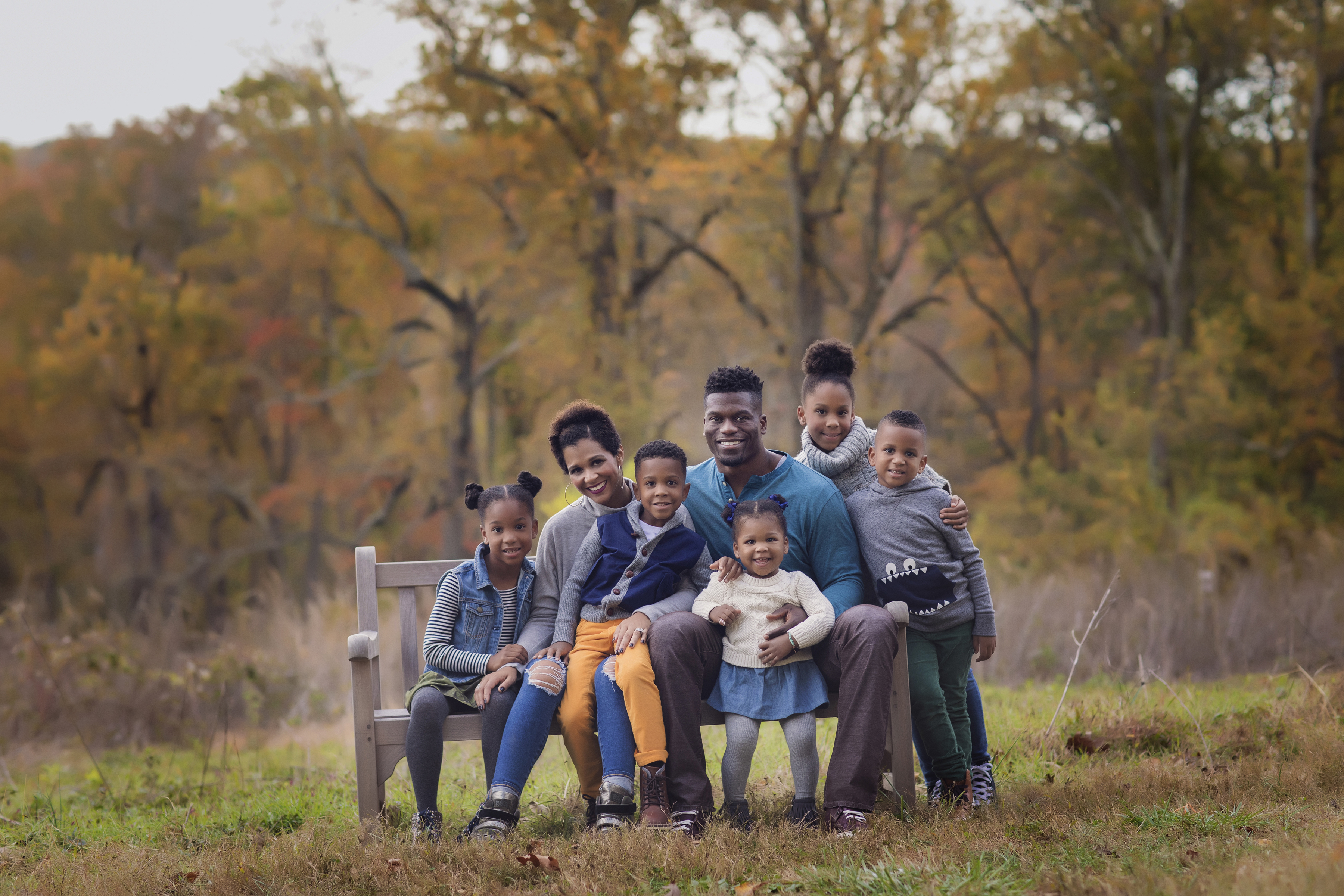 “We have a lot of fun times together, sitting around the dinner table, talking. Sometimes it’s too loud,” he said with a laugh. “We have to tell them to be quiet. But we’re able to have a lot of great conversations and I can see that getting better as they get older.”

The Watsons did not set out to have a big family, he added. They were married for about three years before they began to have children — and then they had four children in about four-and-a-half years.

“Really, the seven happened because we were trying to even out at six,” he explained, adding that the couple experienced two “awful” miscarriages. “Then we decided to try one more time and got identical twins.” 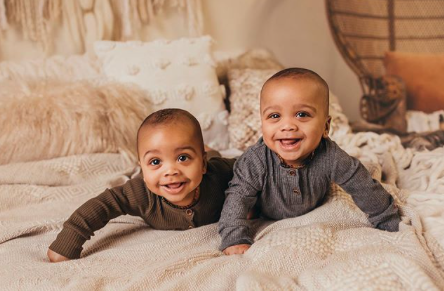 Now the Watson family has grown so large they had to upgrade from a Suburban to a 15-passenger van.

“One of the perks is that everybody is in awe and wants to see your car,” he said. “One of the downfalls is that you can’t pull into any parking space.”

Watson said he sees his big family as an opportunity to highlight his core values: the value of life and the blessings that come from his children.

“Even though it’s tough, and it’s hard and there are sleepless nights, and sometimes you can’t do what you want to do, you want to make sacrifices,” Watson said. “I’ve never heard anybody say when they get older, ‘I wish I had less kids.'”

Having a big family does not come without some backlash. Watson said that often when his wife is out without him, she will receive comments such as, “You need a TV in your bedroom,” “You know how that happened,” or “Are they all yours?”

“Then they’ll proceed to tell her that they can’t be all hers because there’s seven of them, aged 10 and under,” he said. “And then there are people that think it’s great and are amazed by it and are just really pro-children.”

Watson carries his core beliefs with him from his home, to the football field and to the locker room.

He’s unafraid to speak out about his beliefs to his teammates, and he spoke warmly of the deep conversations these football players have with one another about political issues. He described his teammates as “some of the most passionate” people he has met on a “plethora of different issues.”

His past and present teammates have come from many different backgrounds, he said, whether this means a different ethnic, economic, geographical or religious context.

“We have those conversations,” he said. “And then we kiss and make up and go play football.” (RELATED: She Had An Abortion At Age 19. Then She Devoted Her Life To Fighting Abortion)

The ability to converse respectfully despite holding different opinions is something Watson said he values deeply. He said people can have these types of relationships and hold dissenting viewpoints on different topics — “very controversial topics” — and still maintain a mutually beneficial relationship.

The NFL tight end spoke out against actress Alyssa Milano in May 2019 when she said banning abortions would cause poor and minority women of color to suffer. Watson responded to Milano’s comments over Twitter, saying her words revealed ignorance and racism.

“Alyssa Milano, to claim that giving MORE children of color the right to be born will negatively affect ‘women of color’ reveals IGNORANCE, RACISM or some combination of both,” Watson tweeted. “Our children and families are capable of greatness and lies like this harm our future. Don’t patronize us.”

.@Alyssa_Milano to claim that giving MORE children of color the right to be born will negatively affect “women of color” reveals IGNORANCE, RACISM or some combination of both. Our children and families are capable of greatness and lies like this harm our future. Dont patronize us https://t.co/ZSHedXRv1C

Milano told Watson she “never meant harm,” and that both her door and “heart are always open.” Watson explained that the two engaged in multiple private and civil discussions on abortion and that he told Milano he shouldn’t have been so aggressive in his tweet.

“We don’t agree at all on these topics, but I appreciate her willingness to engage,” he said.

His point to Milano was that “protecting children is not suffering.”

Instead of saying women of color need abortion access, Watson wants to focus on addressing poverty, on systematic, government-mandated segregation. He wants to talk about what economic factors drive many women into having an abortion.

At the end of the day, the actual issue of a child living is never something bad, he said.

“We shouldn’t be advocating for anyone to have to kill their children. Let’s support mothers that are making this decision. Let’s challenge fathers to stand in the gap and be there for the children that they create because they have a huge role in this too.”