A number of famous athletes declined invites to visit the White House during Barack Obama’s presidency.

But these Nationals players are not the first notable athletes to turn down a presidential invitation. (RELATED: Nationals’ Kurt Suzuki, Ryan Zimmerman Show Support For Trump During World Series White House Visit)

Athletes such as retired Boston Bruins goaltender Tim Thomas and New England Patriots quarterback Tom Brady turned down Obama’s invitation to come to the White House and were met with strong criticism from media.

Thomas turned down the White House invitation after the Bruins won the Stanley Cup in 2012. The goaltender deplored the state of the federal government and said that he would exercise his right as a free citizen to not visit the White House.

“This was not about politics or party, as in my opinion both parties are responsible for the situation we are in as a country,” Thomas said. 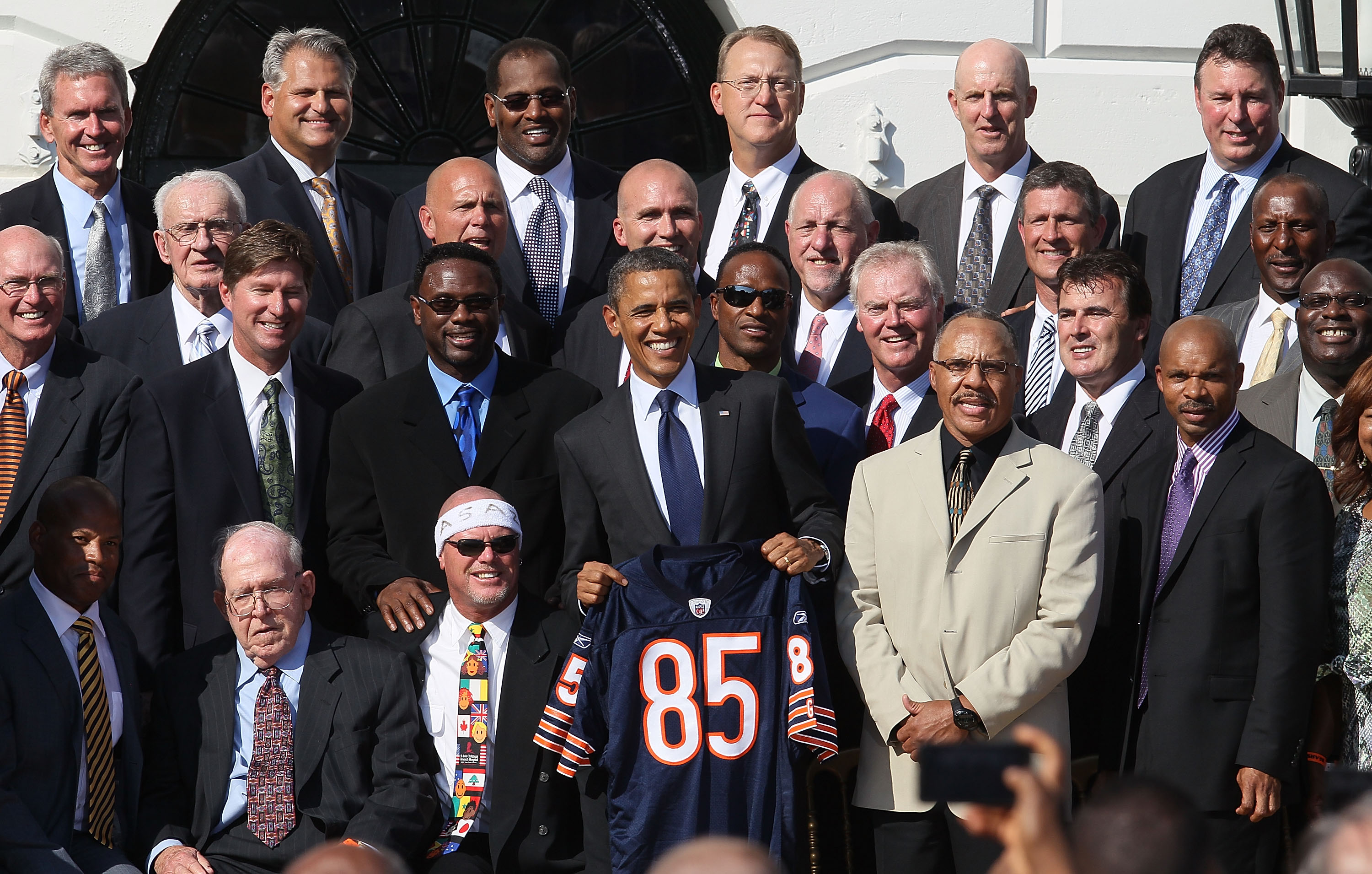 U.S. President Barack Obama stands with members of the 1985 Super Bowl Champion Chicago Bears, during an event on the south lawn of the White House, on Oct. 7, 2011 in Washington, D.C. (Photo by Mark Wilson/Getty Images)

Thomas’s decision not to visit the White House in 2012 was widely criticized. U.S. News & World Report writer Susan Milligan headlined a story on the incident that said his decision was not brave, “it was just rude.” ESPN writer Joe McDonald wrote that Thomas chose to put himself above the team through his decision not to attend.

“When the president of the United States invites you and all your teammates to the White House to honor your Stanley Cup championship, you go and represent the team,” McDonald wrote.

What every @BuffaloBills already knew: Tom Brady is no patriot http://t.co/I0Ehw7Nvvf

Former Chicago Bears defensive lineman Dan Hampton declined an offer as well when Obama invited the Bears to the White House in 2011 to celebrate their 1986 Super Bowl win. Hampton said he was “no fan” of Obama.

Former Bears tight end Tim Wrightman criticized his teammate’s decision, saying, “This is the Bears’ once in a lifetime opportunity that has been given a second chance.”

“Some people don’t realize our initial trip in 1986 was cancelled because of the Challenger space shuttle accident,” Wrightman wrote in a Facebook post. “I think it was a classy thing for Obama to right the misfortune of our team. Besides, the White House is not President Obama’s house it’s the people’s house.”

“The only Super Bowl in the Bears’ history, and he doesn’t want to commemorate it because he doesn’t like the guy who happens to be living in the White House,” Bowman wrote in 2011. “Can you say selfish?”

Former Pittsburgh Steelers linebacker James Harrison did not take Obama up on his invite to the White House in 2009 in what ESPN called his “White House snub.” The linebacker also declined an invite from Bush in 2006.

“I don’t feel the need to go, actually,” Harrison told WTAE-TV in 2009. “I don’t feel like it’s that big a deal to me.” (RELATED: Rep. Banks Defends NFL Quarterback Drew Brees For Encouraging Students To Bring Bibles To School)

“This is how I feel. If you want to see the Pittsburgh Steelers, invite us when we don’t win the Super Bowl,” Harrison said. “As far as I’m concerned, he (Obama) would’ve invited Arizona if they had won.”

The move was an “‘F’ You to Obama,” the Bleacher Report’s Dumont Walker wrote in the headline of his story.

“I would say this — I would say that I have great respect for the office of the presidency, but about five or six weeks ago, our president made a comment in a speech and he said, ‘God bless Planned Parenthood,'” Birk said in 2013.

“Planned Parenthood performs about 330,000 abortions a year,” he said. “I am Catholic. I am active in the pro-life movement, and I just felt like I couldn’t deal with that. I couldn’t endorse that in any way.”

Several other athletes declined to visit the White House under the Obama administration. Former Denver Broncos player Brock Osweiler did not join his former teammates in visiting the White House in 2016, blaming his absence on his new practice schedule with the Houston Texans. Broncos player Derek Wolfe also skipped out on the visit, saying he “had a lot of stuff going on, things to do.”

Chicago Cubs pitcher Jake Arrieta cited family matters as a reason not to travel to the White House with his team in January 2017. Following the 2016 election, Arrieta had tweeted, “Time for Hollywood to pony up and head for the border #illhelpyoupack #beatit,” but the pitcher later denied that the tweet was of a political nature and said that he did not vote during the presidential election.

“I was simply calling out people who have a tremendous platform of millions of followers that said they were going to leave the country if Trump was elected,” Arrieta said, according to NBC sports. “I was basically calling their bluff. If you don’t want to live here … then beat it.”

Former Cardinal players Albert Pujols and Tony LaRussa similarly declined to visit the White House in 2012. Neither of them cited politics, though The Week noted that both participated in Blaze CEO Glenn Beck’s 2010 Tea Party rally.