The Mexican government continues to fend off hundreds of Central American migrants who are trying to cross its border in order to reach the U.S., an indication of how much Mexico has stepped up its own immigration enforcement measures.

For days, Mexico’s national guard troops have prevented members of a new migrant caravan from illegally entering its country, resulting in dangerous clashes between the two sides. Restless members of the caravan grew frustrated Monday and began hurling rocks at the border troops as they tried to advance. The national guard, strapped with riot shields and other protective gear, responded with tear gas to quell the crowd and push them back.

Despite heavy resistance from the Mexican government, many of the mostly Honduran migrants remain steadfast about crossing, and have continued to camp out at the Guatemalan-Mexican border.

A northbound caravan set out in San Pedro Sula, Honduras, earlier in January, marking the latest caravan attempting to reach the U.S. border. Because of travel agreements between Central American countries, the migrants were easily able to cross into Guatemala. However, these migrants have been met with fierce counteraction by Mexican authorities. Spurned by President Donald Trump’s tariff threats in 2019, the Mexican government has dramatically stepped up its own border enforcement, and is not allowing illegal immigration into its country. 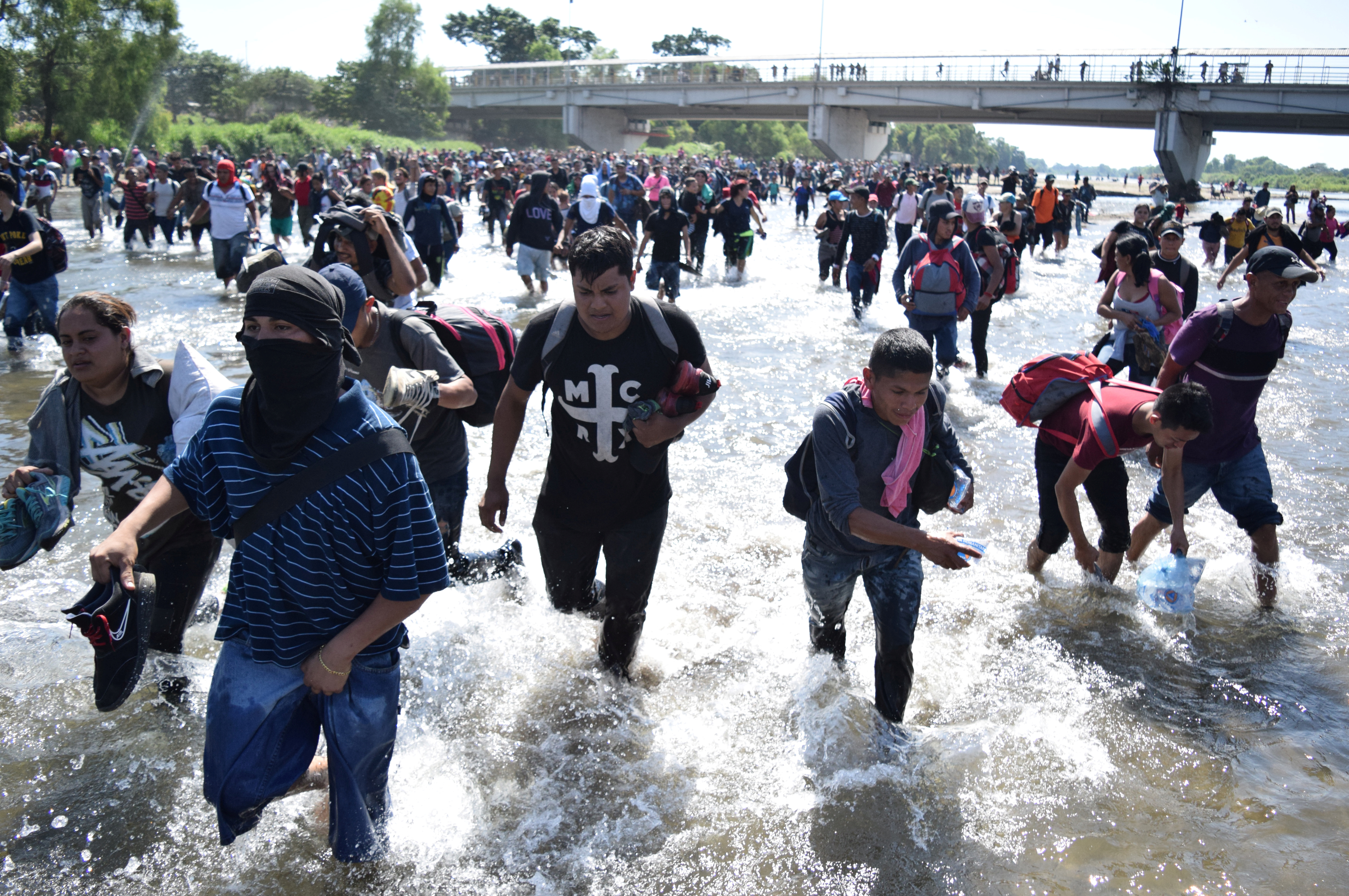 Migrants, part of a caravan travelling to the U.S, cross the Suchiate river from Tecun Uman, in Guatemala, to Ciudad Hidalgo, as seen from Ciudad Hidalgo, Mexico, January 20, 2020 . REUTERS/Jose Torres

Mexico has given members of the caravan a choice: either seek protected status in Mexico, where the government has offered them jobs in the southern region of the country; or face enforcement consequences. Mexico made clear it will not allow its territory to be a transit for those seeking refuge in the U.S.

Mexico Foreign Secretary Marcelo Ebrard on Tuesday said about 2,400 illegal aliens entered his country over the past weekend. Of those, roughly 1,000 requested assistance in returning to their home countries, according to The Associated Press. Mexico has already begun flying and busing hundreds of them back to Central America. Others requested refuge in Mexico, and have started the legal process to find work in the southern part of the country. (RELATED: ‘I Want Trump Out!’: Migrants Plan To Cross US Border Once Trump Leaves Office)

Nevertheless, hundreds have remained near the Suchiate River, which marks the official border between southwestern Mexico and Guatemala, in the belief that the Mexican government will have a change of heart and let them pass.

In past caravans, the Mexican government would block those attempting to illegally cross entry points, but virtually did nothing if they swam across the river. The level of resistance this time is unlike any other, leaving Central Americans determined to reach the U.S. extremely frustrated. Mexico’s National Migration Institute estimated that around 500 caravan members Monday attempted to ford the river and throw rocks at law enforcement, prompting the national guard to use tear gas.