The Supreme Court will not fast-track two petitions that ask the high court to again review the constitutionality of the Affordable Care Act’s individual mandate.

The Tuesday morning order means the justices will defer a decision on the future of the Affordable Care Act until the fall, if they choose to hear the dispute at all.

The 5th U.S. Circuit Court of Appeals struck down Obamacare’s individual mandate in December 2019, saying it can no longer be justified on tax grounds. A coalition of blue states and congressional Democrats immediately appealed to the Supreme Court.

Timing was a factor, however, as the justices usually finalize their docket for a given term in mid-January. Cases granted after that deadline are put off until the following term, which begins in October. Requests for the high court to take up a case generally play out over several months, while both sides submit briefs which the justices discuss in private conferences.

Given the press of time, Democrats asked the high court to consider their petitions on an expedited basis, saying prolonged uncertainty over the fate of the ACA will sow chaos in the healthcare markets.

“The lower courts have struck down a federal statutory provision on constitutional grounds and cast doubt on the validity of the entire ACA, arguably the most consequential package of legislative reforms of this century,” one of the Democratic petitions reads. “That uncertainty threatens adverse consequences for patients, providers, and insurers nationwide.”

The Trump administration opposed that request, arguing that lower court proceedings should continue before the justices get involved. Therefore, Tuesday’s decision is a victory for the Trump administration in a narrow sense. (RELATED: Supreme Court Denies Appeal Of Michelle Carter, Convicted For Encouraging Boyfriend’s Suicide) 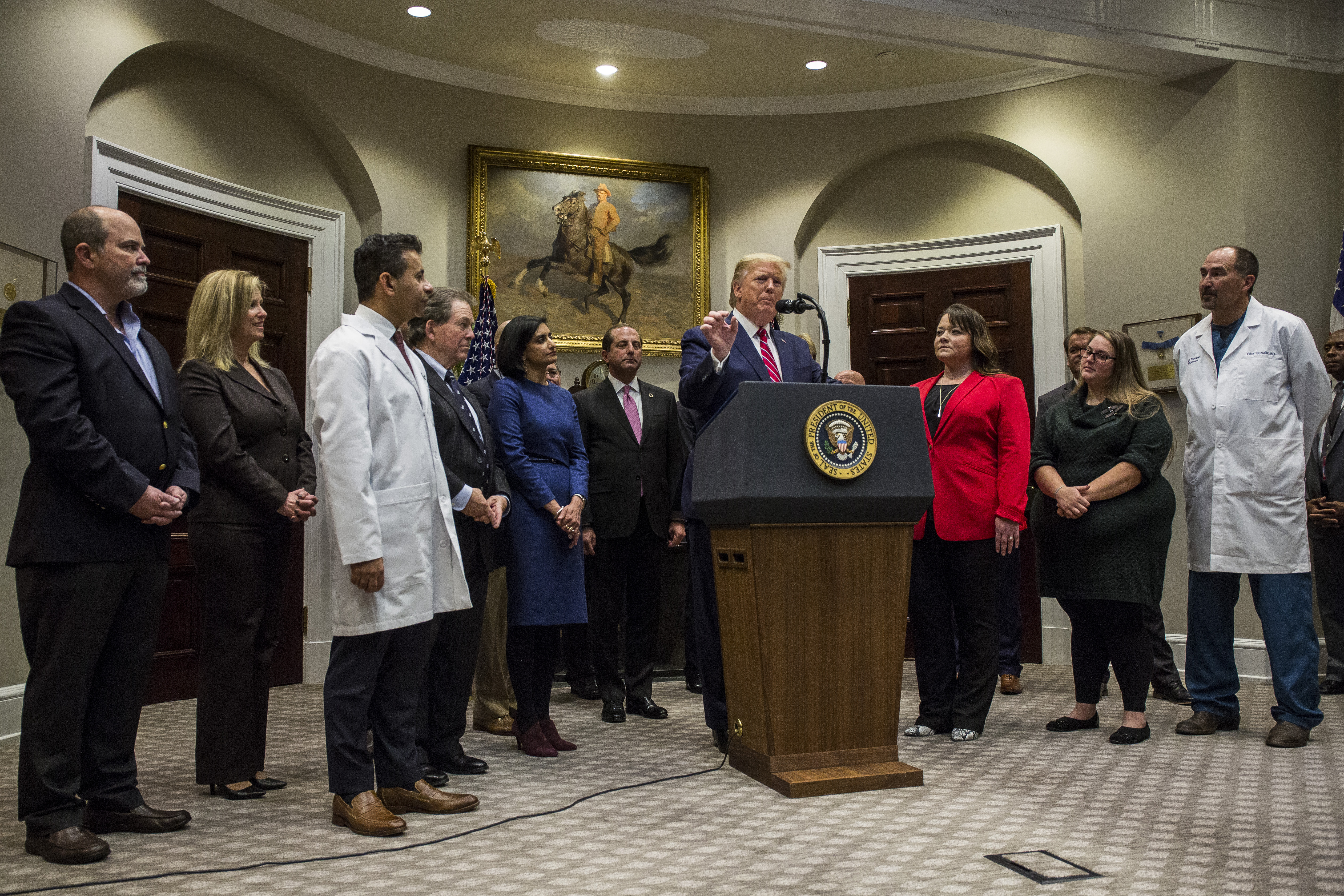 However, the delay is not without peril for the president’s reelection prospects, as continued questions over the viability of the ACA gives Democrats a potent line of attack. Democratic congressional candidates campaigned on health care to good effect in the 2018 midterm elections, after a protracted and unsuccessful Republican effort to repeal and replace Obamacare.

Indeed, the delay tees up a dangerous scenario for the president. If the justices decide to take up the case before they adjourn in June, arguments could follow in October or November. As such, health care would be much in the news at the apex of the presidential campaign.

The 2017 Tax Cuts and Jobs Act set off the latest round of litigating over Obamacare. The tax reform bill set the financial penalty for failure to buy health insurance at zero, effectively zeroing out the mandate. Since the mandate is no longer raising revenue, a coalition of red states argue it can no longer be justified on tax grounds.

U.S. District Judge Reed O’Connor agreed with that claim and struck down the mandate in 2018. He immediately put his decision on hold, however, meaning that the Affordable Care Act will continue to operate as normal while litigation continues in the federal courts. The 5th Circuit likewise agreed that the mandate is unconstitutional, but returned the case to O’Connor with instructions to decide whether the entire statute should be struck down.

If the justices decline to take up the case at this stage, the dispute will return to O’Connor. After O’Connor’s decision issues, another appeal to the 5th Circuit could follow. All told, the high court’s refusal to hear the case at present could prolong the dispute for several more years.

The Supreme Court did not disclose a vote count or give reasons for denying the request Tuesday, as is typical of orders of this nature.