Democratic California Rep. Adam Schiff resurrected the Trump-Russia collusion conspiracy Sunday on NBC’s “Meet the Press” and denied that the Mueller report exonerated President Donald Trump of colluding with Russia during the 2016 election.

His remarks were not challenged by host Chuck Todd who also asked Schiff if he had any regrets for claiming he had evidence of collusion that he couldn’t reveal at that time.

Schiff said he did not regret making the statement and claimed the Russia collusion theory was alive and well.

“No. And I’m glad you asked the question about collusion again. [Trump’s legal team] may be perpetuating the president’s talking points but they have got it exactly wrong. [Special Counsel] Bob Mueller did not find there was no collusion.” (RELATED: White House Lawyer: Schiff ‘Untruthful On Whistleblower And Russian Collusion)

Schiff, who is the chairman of the House Intelligence Committee, has been the lead House impeachment manager during Trump’s Senate impeachment trial.

Schiff told “Meet the Press” that the Mueller report did not even “address that issue. What he said was we cannot find criminal conspiracy beyond a reasonable doubt. Nonetheless, what he did find was that the Russians offered the president dirt on his opponent and they said they would love to have it.”

The congressman then shifted to accusing Trump of inviting foreign interference in the 2020 presidential election, claiming this was the basis of the July 25, 2019 phone call that sparked the impeachment inquiry. (RELATED: Rep. Schiff Has Done 419 TV Interviews Pushing Russian Collusion Conspiracy)

“That is the background of the current effort to get a foreign nation to help him cheat in an election. You can’t say it’s an accident when you repeatedly are seeking foreign help and in this case we proved overwhelmingly that they were leveraging hundreds of millions of dollars that Ukraine needed in military aid and a deeply sought-after Oval Office meeting to coerce Ukraine into helping him cheat,” he said, repeating the accusation of House Democrats that Trump insisted Ukraine investigate former Vice President Joe Biden and his son if they wanted to receive military aid. 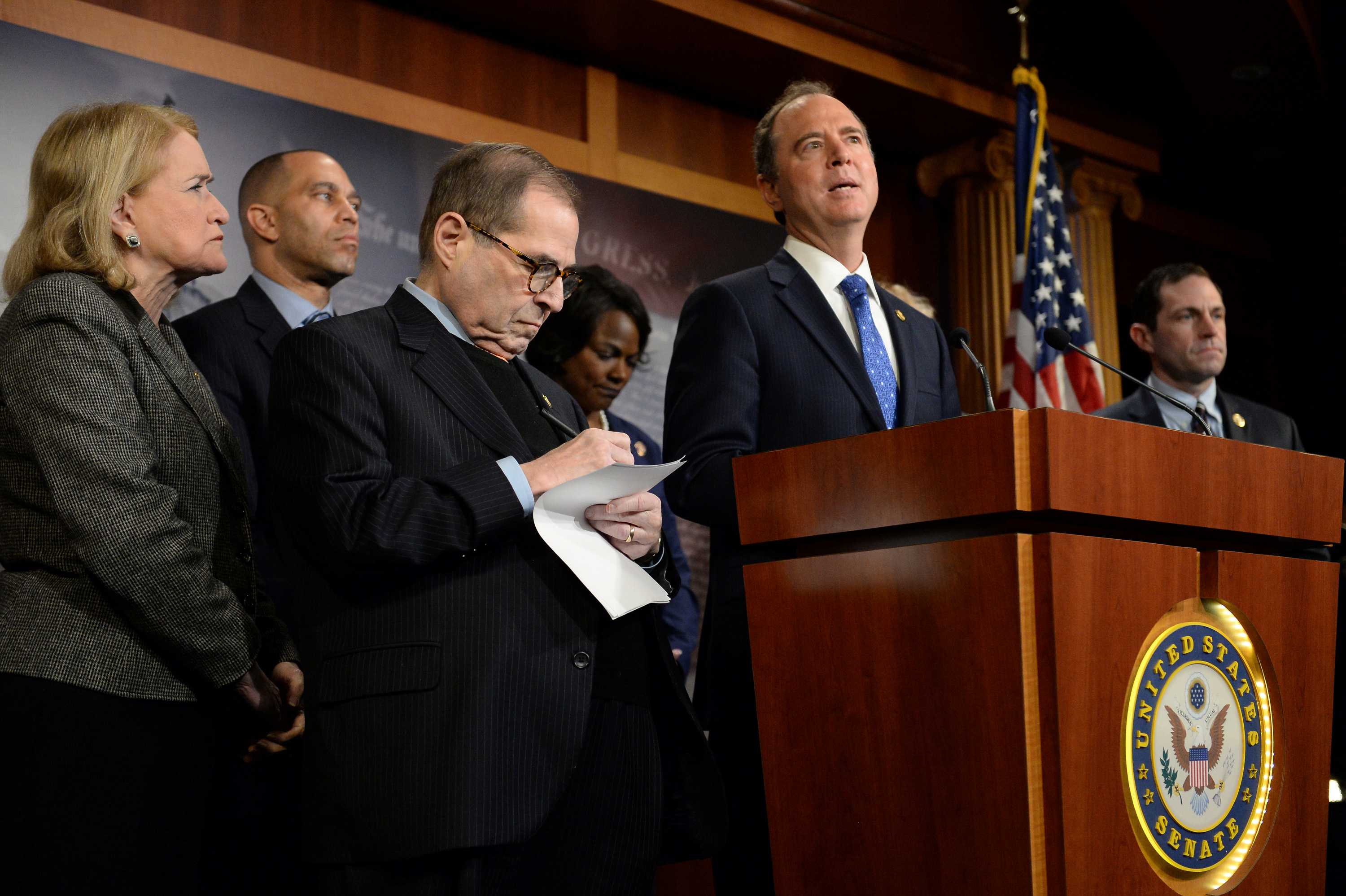 The impeachment manager also suggested Trump’s legal team was way out of line in suggesting the president shouldn’t always trust his intelligence sources because of revelations that the Department of Justice abused the Foreign Intelligence Surveillance Act (FISA). Schiff suggested only former Trump campaign official Carter Page was victimized in that way.

“Well, look, for the purposes of the impeachment trial, it’s a pretty remarkable argument, which is because there were flaws and serious flaws in a FISA application involving a single person, Carter Page …”

Schiff has previously admitted there is no “proof” of Trump colluding with Russia during the 2016 presidential campaign.