President Donald Trump announced Monday the members of Congress who will defend the president in his impeachment trial in the Senate.

The news comes as Senate Majority Leader Mitch McConnell introduced a resolution Monday with specifics on the timeline of the impeachment trial.

The resolution, which will be voted on Tuesday, would give both sides 24 hours to argue their case over two trial days. Senators would then be given 16 hours for questioning. The schedule would mean 12-hour days of argument in the Senate, according to Business Insider. The impeachment trial could be over before Trump’s scheduled State of the Union address, on Feb. 4. 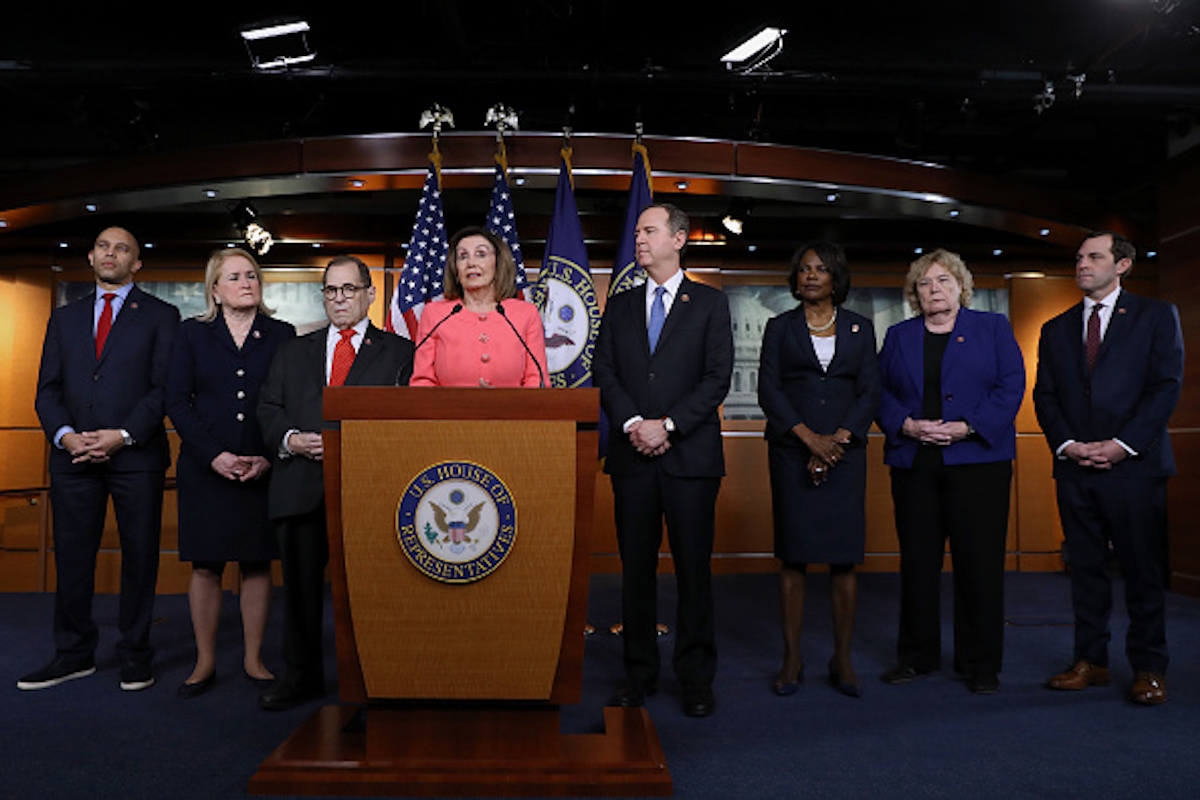 Speaker of the House Nancy Pelosi (D-CA) (C) announces the appointment of managers of the Senate impeachment trial of President Donald Trump at the U.S. Capitol January 15, 2020 in Washington, DC. (Photo by Chip Somodevilla/Getty Images)

The House of Representatives officially voted Wednesday to send the articles of impeachment against Trump to the Senate and approved the House’s impeachment managers.

Pelosi announced Wednesday the seven lawmakers who will serve as the House managers in the Senate impeachment trial against the president. (RELATED: EXCLUSIVE: We Asked Every GOP Senator About Impeachment. Seven Ruled It Out.)