Call it the new authoritarianism.

You recall Massachusetts Sen. Elizabeth Warren? She of the disinformation campaign that featured herself in a starring role as a Cherokee Indian — for which, caught out by a DNA test, she had to apologize? The same Elizabeth Warren who falsely claimed she was fired as a school teacher for being pregnant?

And doubtless you recall the British comedian Sacha Baron Cohen, he who has made a very good living conducting disinformation campaigns in which he pretends to some persona other than his own and conducts “interviews” with his unsuspecting targets. In fact, full disclosure, I myself was targeted by Cohen in his role as Billy Wayne Ruddick Jr., a blonde-wigged supposed hillbilly, who “interviewed” me by saying all sorts of bizarre and crazed things as I, the unsuspecting soul of politeness, answered his character’s craziness. In fact, I thought it was hysterically funny, decidedly no offense taken. 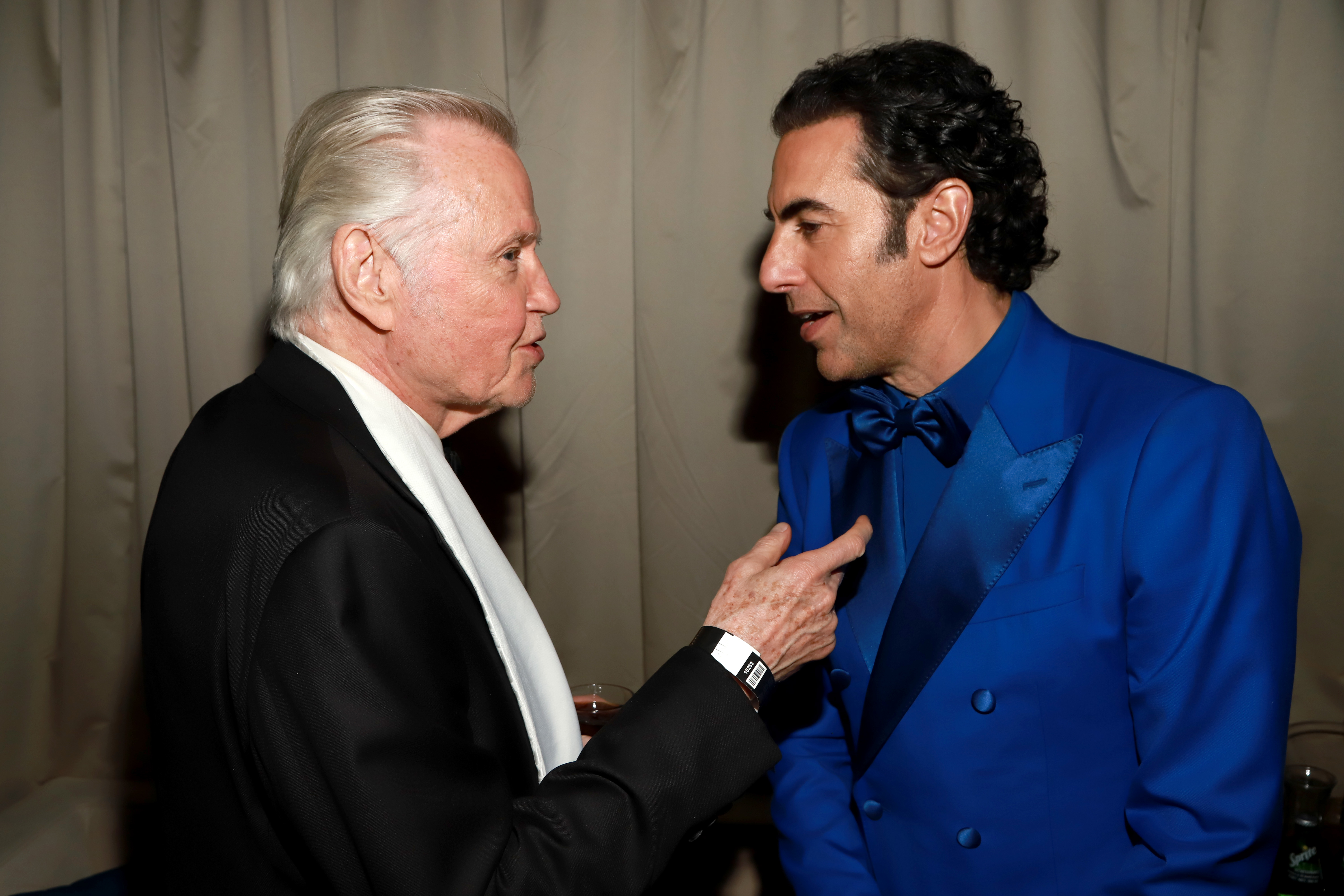 But now? Now, suddenly if unsurprisingly and quite separately, both Warren and Cohen have made it their deeply unfunny task in life to attack Mark Zuckerberg because — gasp! — Zuckerberg allows political ads with which the two or any other given left-winger may disagree with on Facebook. Zuckerberg had the gall to stand up for free speech by leaving it up to Facebook users to do their own research on the truthfulness of an ad and make their own decision. (RELATED: Warren Says Her Education Secretary Must Meet Trans Child’s Approval)

Warren, who is, of course, a sitting United States senator, has put her anti-free speech authoritarianism into legislative form. She promises to “create civil and criminal penalties for knowingly disseminating false information about when and how to vote in U.S. elections.”

There is no word whether Warren would arrest the longtime PBS host Bill Moyers, now 85. Moyers, for those who came in late, was a senior aide to then-President Lyndon B. Johnson during the 1964 presidential campaign in which LBJ, the Democratic nominee, was running against the Republican Sen. Barry Goldwater.

It was Moyers, according to multiple books on the campaign, who turned to the advertising agency Doyle Dane Bernbach to launch a massive television ad campaign that depicted Goldwater as a “warmonger and extremist.”

Goldwater biographer Lee Edwards notes this in his extensive biography “Goldwater: The Man Who Made a Revolution.”

Like a doomsday project, President Johnson’s voice solemnly intones: ‘These are the stakes — to make a world in which all of God’s children can live, or go into the dark. We must either love each other, or we must die.’ On a black screen are the words, ‘Vote for President Johnson on November 3,’ which an announcer repeats and then adds, ‘The stakes are too high for you to stay home.’

Here is the actual commercial, as produced by the top media consultant of the day, the late Tony Schwartz.

This being 1964, CBS, the only network on which the commercial aired, was, as it were, the Facebook of its day. The commercial was shown but once, on CBS’s “Monday Night at the Movies,” which had a Facebook-sized audience of around 50 million Americans.

Edwards goes on to add this:

The response to the TV spot was electrifying. The switchboard of the White House lit up, and Johnson called Moyers excitedly, [saying] ‘Jesus Christ, what in the world happened?’ Moyers said, ‘You got your point across, that’s what.’ After a pause, the president said, ‘Well, I guess it did what we goddamned set out to do, didn’t it?’ Moyers: ‘I would think so.’

The Republican National Committee and Senate GOP Leader Everett Dirksen protested the ad so “vehemently” that all three television networks of the day picked up the ad as a news story and “showed the commercial on their evening newscasts, giving the spots millions of dollars of free airtime. Time followed with a cover story about ‘The Nuclear Issue,’ using the ‘daisy girl.’” 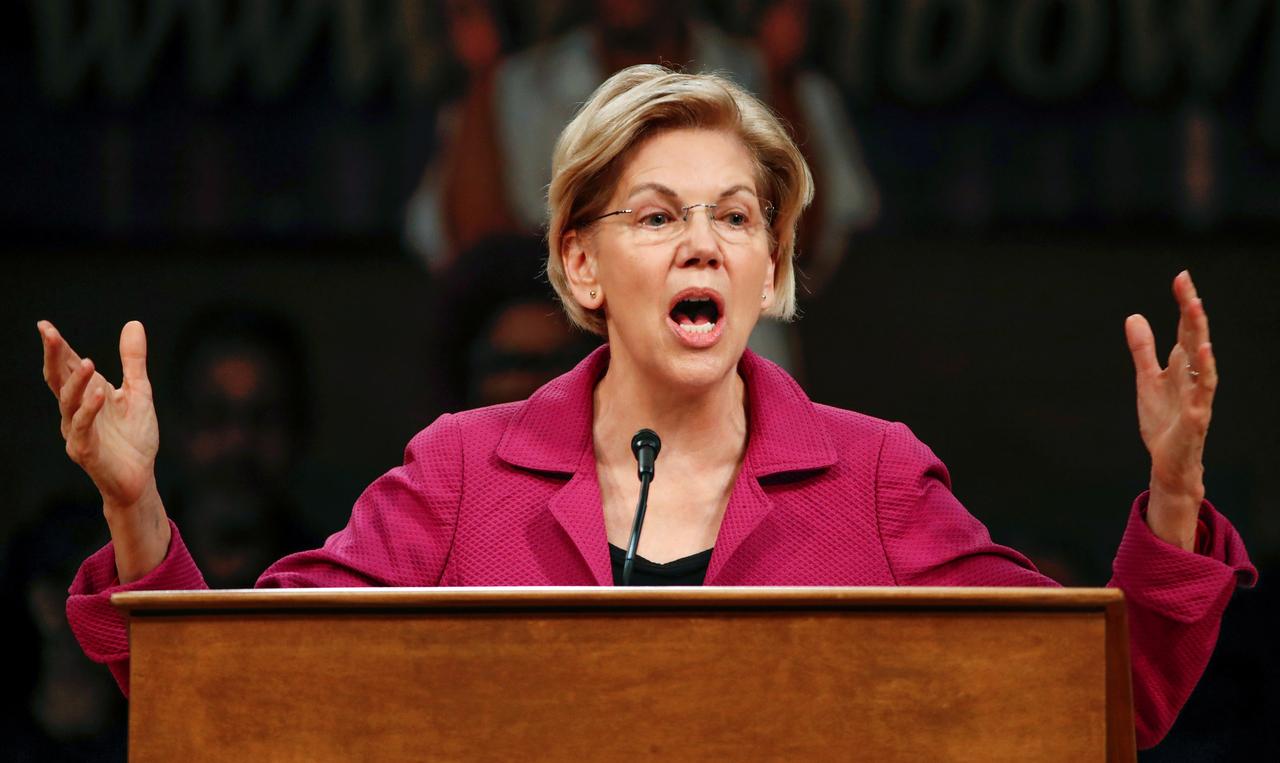 Were Elizabeth Warren to get her authoritarian was, Bill Moyers would have been frog-marched in handcuffs out of the Johnson White House. Not to mention everybody else involved in the ad, from producer Schwartz to the advertising agency to the executives of CBS. (RELATED: Liz Warren Pledges Not To Purposely Spread Misinformation Online)

Then there’s Sacha Baron Cohen. One can only imagine what a Warren-style authoritarian campaign could lead to for Cohen. His entire career has been carefully constructed by falsely portraying himself as someone else in order to lure targets into unwitting conversations designed to portray them as fools. Whether then-private citizen Donald Trump or Vice President Dick Cheney or countless others, the Cohen “interviews” are universally based on false information that has him portraying someone other than his factual personage.

Now he says this of Facebook and its creator, Mark Zuckerberg. Facebook’s stand for free speech and opposition to authoritarian censorship means “history will judge you harshly — if we still have historians after you help destroy democracy!”

Without a trace of irony Cohen says of Zuckerberg:

Terrifying. 218,000 political ads on Facebook — many with lies and hate — seen by voters perhaps 1.3 BILLION times.

Got that? The guy who has built his entire career on what could easily, were one similarly authoritarian and censorship-minded, call “lies and hate,” is outraged at the very same free speech rights that protects, when he is visiting America, Sacha Baron Cohen himself. (RELATED: Sacha Baron Cohen Goes After Big Tech, Says They Spread White Supremacy And Hatred)

It would be easy to laugh at Warren and Cohen.

But in fact there is nothing funny about authoritarianism — or censorship.

Jeffrey Lord, a former CNN contributor, is a columnist and author. He is a former associate political director in the Reagan White House. In his Washington career, he has served successively as a senior aide for a U.S. congressman and a U.S. senator, chief of staff for former Reagan cabinet member Drew Lewis in the 1984 Reagan-Bush campaign, and as an aide to HUD Secretary Jack Kemp. He writes at his web site, TheJeffreyLord.com.

1
Conservatives Mock Alexandria Ocasio-Cortez For Citing HS Science Fair Among Her Credentials
Politics
2
Joe Biden Says He 'Became A Professor' After Leaving White House — He Never Taught A Class
Politics
3
Judge Dismisses Lawsuit Against FBI Informant Used In Trump Probe
US
4
Witness No More — Hunter Biden Embraces Life As An Artist, And The NYT Is Here For It
Media
5
'Beyond The Pale': Trump Jr. Spokesman Fires Back At Threats From Democratic Congressman
Politics