Supreme Court Justice Ruth Bader Ginsburg urged supporters of the Equal Rights Amendment (ERA) Monday to begin the amendment process anew, rather than reviving a ratification campaign that has been dormant since the 1980s.

The justice’s comments, which align with the Trump administration’s views, come amid late-breaking efforts to ratify a constitutional amendment guaranteeing equal rights to all citizens regardless of sex. With Virginia’s ratification of the amendment in January, supporters of the renewed ERA push say the requisite number of states have approved the measure.

“I would like to see a new beginning,” Ginsburg said during an event at the Georgetown University Law Center. “I’d like it to start over. There’s too much controversy about late-comers.”

Litigation on the subject is pending before a federal trial judge in Washington, D.C., and may well reach the Supreme Court, making Ginsburg’s comments Monday night in D.C. most unusual.

Congress passed a joint-resolution proposing the ERA in 1972 and gave the states seven years to approve or reject the amendment. Three-quarters of the states, or 38 of the 50, must approve constitutional amendments.

When the seven-year deadline lapsed, only 35 states had ratified the ERA, so Congress extended the deadline by another three years. Further ratification efforts proved unavailing, and five states even rescinded their prior approval of the amendment.

Virginia’s January ratification of the ERA followed Nevada’s in 2017 and Illinois’s in 2018. Democratic attorneys general in those states sued the archivist of the U.S. in January, arguing the National Archives must recognize their belated ratifications and put the ERA into effect. The archivist is the government official responsible for publishing new amendments once all formal criteria have been satisfied.

The National Archives asked the Department of Justice (DOJ) for guidance after state officials and members of Congress asked the archivist to certify the tardy ratifications. The department’s Office of Legal Counsel (OLC) produced a memo advising that the states cannot ratify an amendment once the congressionally imposed deadline has passed.

The OLC opinion did not address the question of whether the states can rescind prior ratification. Ginsburg said it is difficult to establish in principle how one could recognize overdue ratifications but ignore recensions during her remarks Monday night.

“A number of states have withdrawn their ratification,” Ginsburg said. “If you count a late-comer on the plus side, how can you disregard states that said we’ve changed our minds?” (RELATED: A Ruth Bader Ginsburg Helped Trump Beat The Democrats’ Emoluments Lawsuit) 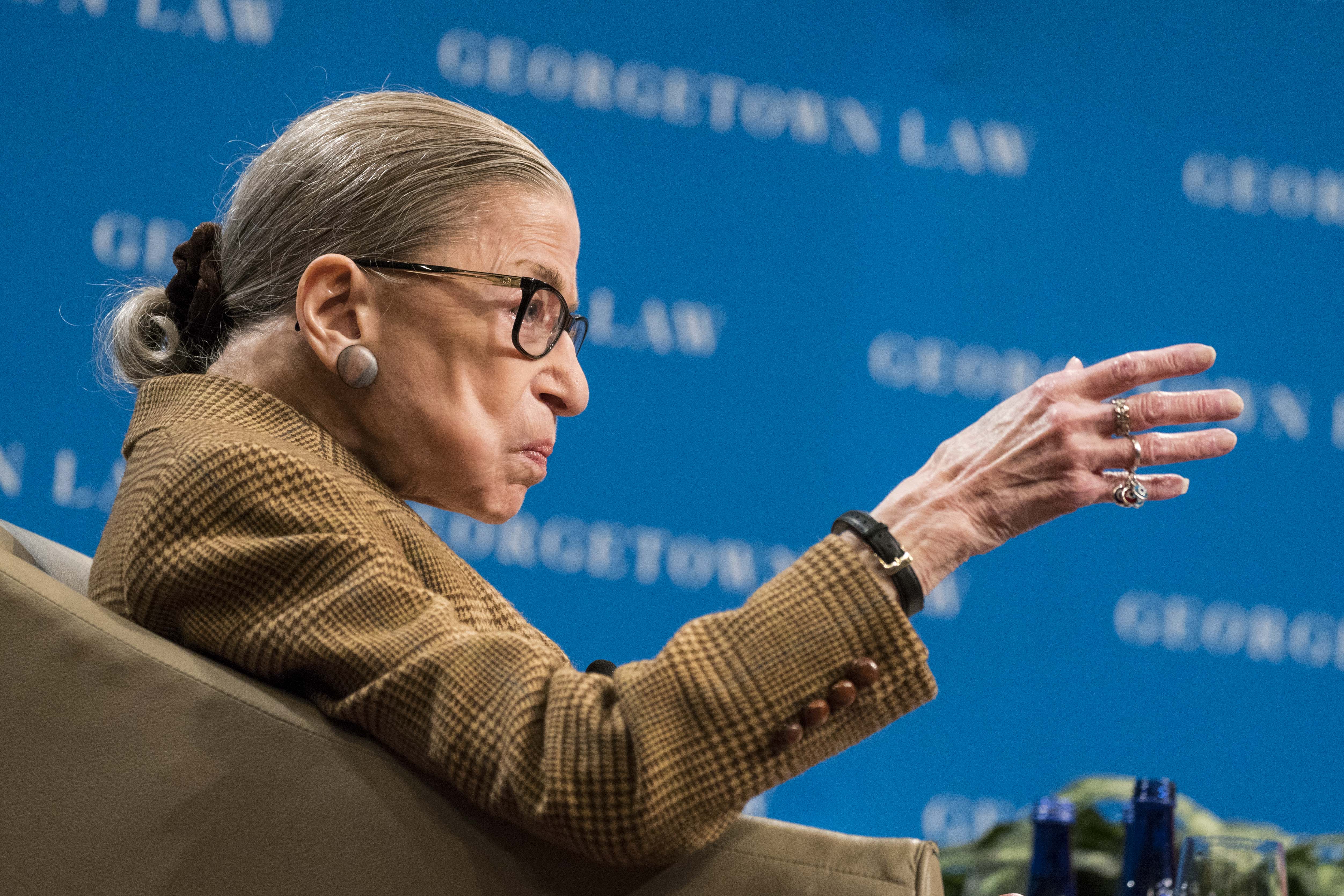 Ginsburg is a longtime advocate of the Equal Rights Amendment, having urged its adoption on the grounds that other provisions of the Constitution do not expressly establish the equality of men and women.

“I would like to show my granddaughters that the equal citizenship stature of men and women is a fundamental human right,” Ginsburg said Monday. “It should be right up there with free speech, freedom of religion [and] bans on discrimination based on race or national origin.”

“The union will be more perfect, when that simple statement that men and women are persons of equal citizenship stature is part of our fundamental instrument of government,” Ginsburg added.