A billionaire Democratic donor who was partially responsible for financing a false flag operation targeting Republicans provided critical grants to an organization that funded the nonprofit group behind the Iowa caucus chaos.

LinkedIn founder Reid Hoffman helped support ACRONYM, a group that funded an app that was supposed to simplify the process of counting votes in Iowa ahead of that state’s caucus. The consultant who directed Hoffman’s funds once praised Russian hackers for their digital prowess.

Instead of helping, the app ACRONYM helped kickstart — Shadow — was responsible for causing massive delays in reporting the results of the Feb. 6 Democratic caucuses. The Iowa Democratic Party did not begin awarding delegates until several days after the initial results flooded in.

Hoffman’s consultant, Dmitri Mehlhorn, directed funds to ACRONYM through a group called Investing in US. Mehlhorn explained in a Medium post in 2018 that Investing in US is designed to help foster “resistance” to President Donald Trump who he said is undermining elections and press freedoms.

Investing in US is a group composed of several wealthy operatives who finance various organizations in 2017.

Mehlhorn said the digital world is the best place to rebut Trump. He told The Washington Post in January 2019 that Democrats can learn a lot from the success of Russia’s Internet Research Agency, which gained notoriety after trolling American voters ahead of the 2016 election.

Tara McGowan, a digital producer for Obama for America in 2011 and the proprietor behind the group, credited Hoffman and Mehlhorn’s Investing in US initiative, telling her Twitter followers in a December 2018 tweet that they helped get her group get off the ground.

“I’m personally grateful and proud to be included in this group of incredible political founders + startups @reidhoffman and his team, led by Dmitri [Mehlhorn], have supported and helped to fund over the past two years,” she wrote at the time.

McGowan raised at least $25 million from wealthy liberals to create a media company called Courier Newsroom that is designed to deliver information favorable to Democrats. She also backed Virginia Dogwood and Arizona’s Copper Courier that are expected to roll out in Michigan, North Carolina, Pennsylvania, Virginia and Wisconsin, all battleground states.

McGowan has not responded to the Daily Caller News Foundation’s request for comment. Her techniques are similar to those of another group of Democratic operatives funded by Hoffman.

Hoffman became embroiled in controversy after The New York Times and other outlets reported in December 2018 and January 2019 about his alleged role in a misinformation campaign in Alabama. Hoffman, for his part, apologized for his role in the effort to troll voters, and he has never replied to the DCNF’s repeated requests for comment about his role in the troll job. 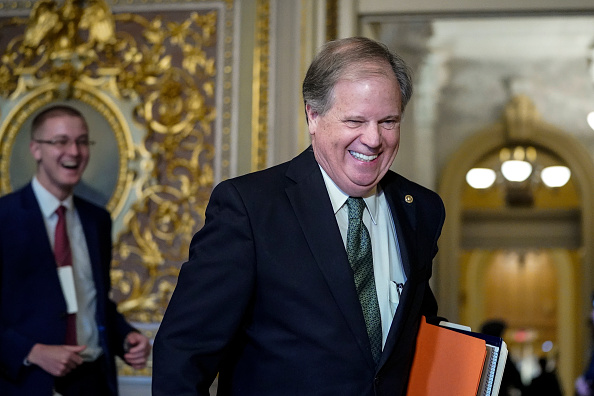 Operatives involved in the ploy created thousands of Twitter accounts posing as Russian bots in order to boost Jones. There is evidence the campaign caused a splash. Major media outlets — in Alabama and nationally — fell for the gambit and amplified the false narrative in October 2017.

The effort was reportedly the subject of a closed-door presentation in Washington, D.C., to a group of 13 liberal technology experts, with Hoffman at the forefront — the participants at the meeting signed nondisclosure agreements, according to WaPo. Hoffman’s funding efforts extended to a group called News for Democracy as well.

Hoffman has not responded to the DCNF’s request for comment about the nature of his involvement in Investing in US, nor has he commented on his knowledge of ACRONYM’s work with Shadow.