A lawyer for Julian Assange told a London court Wednesday that President Donald Trump offered the WikiLeaks founder a pardon if he said Russia had no involvement in the DNC email hack in 2016.

Trump made the pardon offer to the WikiLeaks founder through former California Republican Rep. Dana Rohrabacher, according to a statement read in court by Assange’s lawyer Edward Fitzgerald.

The statement appears to be referencing Rohrabacher’s well-documented meeting with Assange at the Ecuadorian embassy in August 2017. While Rohrabacher said at the time he discussed with Assange the possibility of a presidential pardon in return for information confirming Russia had no involvement in the 2016 DNC email hack, previous reports of the meeting strongly suggest that Trump had no knowledge of Rohrabacher’s proposal.

White House Press Secretary Stephanie Grisham told the Daily Caller News Foundation: “The President barely knows Dana Rohrabacher other than he’s an ex-congressman. He’s never spoken to him on this subject or almost any subject. It is a complete fabrication and a total lie. This is probably another never ending hoax and total lie from the DNC.”

Assange has been indicted on 18 charges for allegedly conspiring with former Army intelligence analyst Chelsea Manning in the leak of military secrets in 2010. Assange is being held in a London jail awaiting an extradition hearing, which is slated to begin next week. (RELATED: Mueller Report: Julian Assange Pushed Seth Rich Conspiracy Theory To ‘Obscure The Source’ Of DNC Emails)

Rohrabacher, who has been called “Putin’s favorite congressman” by Politico, told the Daily Caller shortly after his August 2017 meeting with Assange that they discussed “what might be necessary to get him out” of his then-asylum at the Ecuadorian embassy.

“He has information that will be of dramatic importance to the United States and the people of our country as well as to our government,” Rohrabacher said. “Thus if he comes up with that, you know he’s going to expect something in return. He can’t even leave the embassy to get out to Washington to talk to anybody if he doesn’t have a pardon.”

However, Rohrabacher said at the time that he “can’t remember if I have spoken to anybody in the White House about” any offer to pardon Assange. 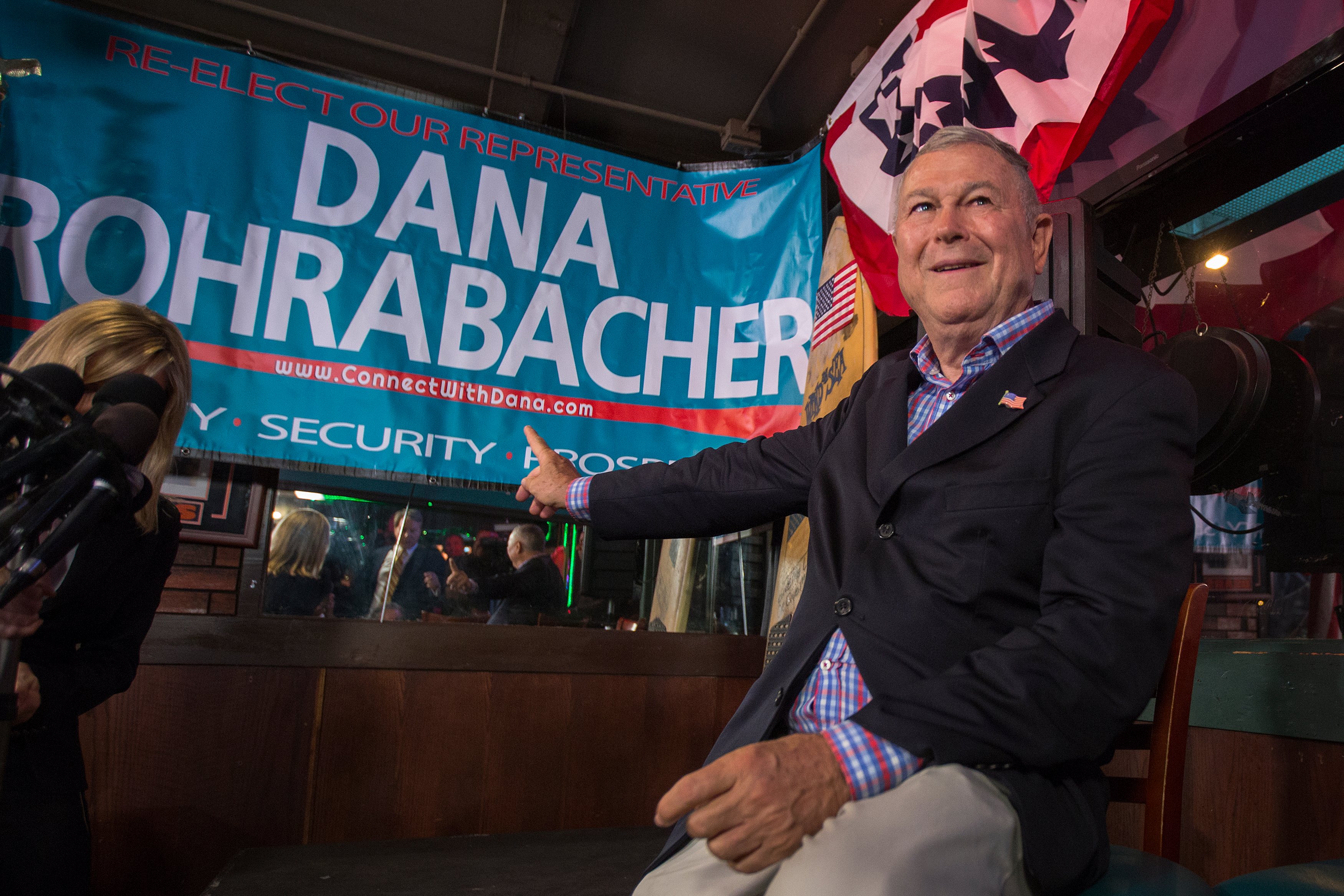 WikiLeaks issued a statement following Rohrabacher’s meeting with Assange that made no mention of a pardon offer from Trump.

“Mr. Assange explained that the ongoing attempts to bring a prosecution against WikiLeaks and its staff for its work documenting the Iraq and Afghanistan wars are unconstitutional, widely condemned, should immediately cease and that the continuation is an abuse of process for improper purposes,” the WikiLeaks statement read.

The following month, Rohrabacher spoke with former White House Chief of Staff John Kelly over the phone about securing a presidential pardon for Assange in return for a data storage device that would exonerate Russia from any involvement in the 2016 DNC hack.

Kelly told Rohrabacher his pardon proposal “was best directed to the intelligence community,” a Trump administration official told The Wall Street Journal. Kelly did not inform Trump of Rohrabacher’s proposal, the official added.

Rohrabacher confirmed to The Intercept in 2018 that Kelly blocked him from briefing Trump about his meeting with Assange in London.