If knowledge is power, then it follows that groups of the knowledgeable are even more powerful. In politics, any ideology — be it about free markets, environmentalism, LGBT, anything — that seeks to have an impact needs to form itself into a body of shared thinking. Such a “school of thought” makes it possible for a group to articulate goals and activate follow-through.

For instance, in Washington, D.C., the Federalist Society has achieved extraordinary success in reshaping the judiciary.

How has it succeeded? Since its founding in 1982, it has tirelessly coordinated authors, scholars, lawyers and law students on behalf of conservative legal thinking. By dint of hard work, it has made itself the go-to place for Republicans looking for legal talent — including, of course, new judges.

As a result, even Donald Trump has become, in office, the champion of Federalist Society thinking. That’s the power of ideas. 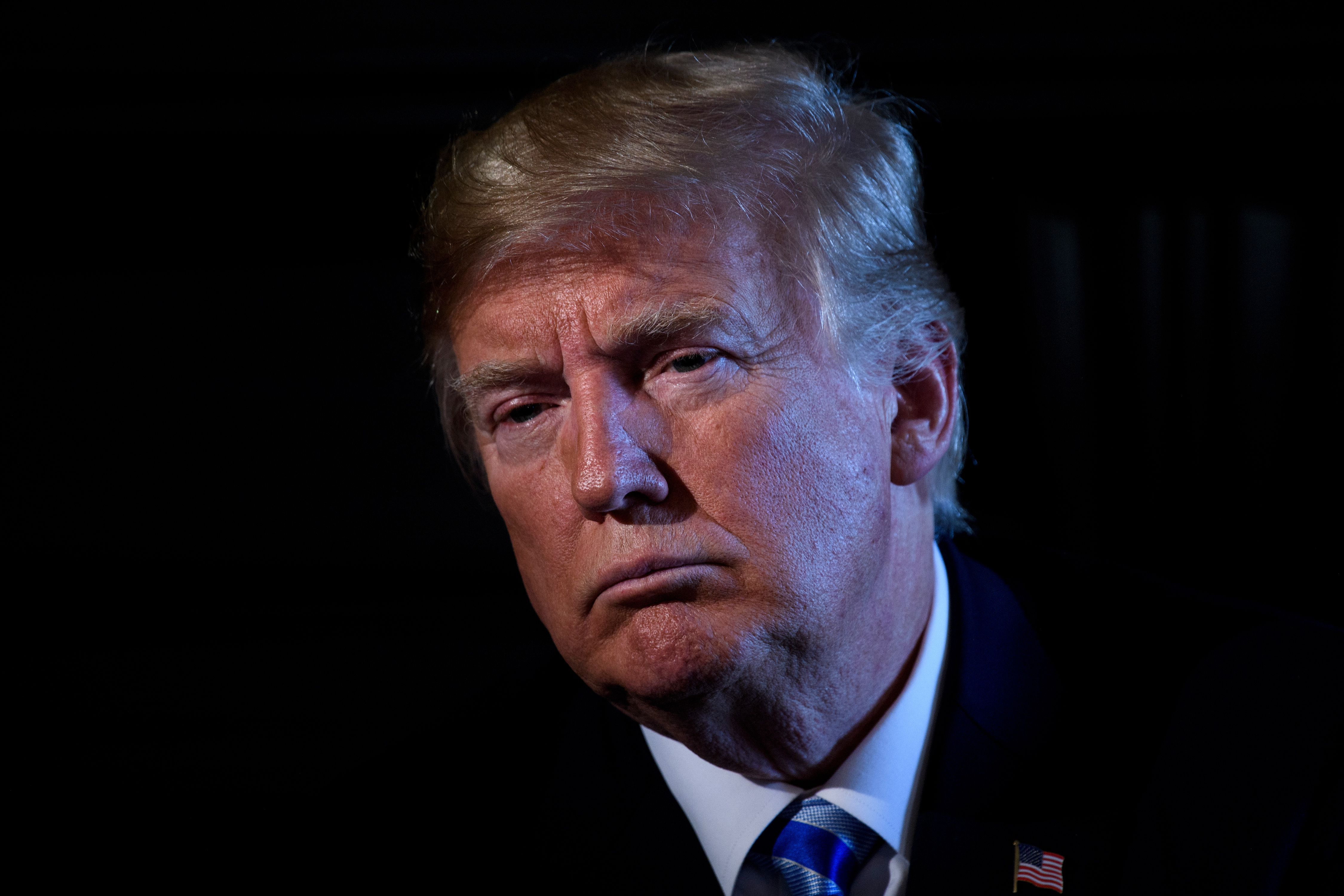 Of course, the other side, too, has ideas. There’s a huge liberal “legal-industrial complex” that cycles the like-minded in and out of the American Civil Liberties Union, the federal bureaucracy, the elite law schools, and hundreds of other organizations. Thanks to this left-legal firepower, liberalism wins fights in the courts that it can’t win in legislatures — or in the court of public opinion.

Yet now, the well-organized Federalist Society has given conservatism a strong voice and, depending on who’s in power, a winning voice.

So yes, a school of thought needs to win power in order for its ideas to win.

And so we come back to the man who holds the most power now, Donald Trump.

As everyone knows, in 2015 to 2016 he ran on ideas that were radically different from the prevailing Republican orthodoxy, notably on trade and military interventionism. That old orthodoxy, of course, had been built up by various schools of thought; it was propagated, for example, by the libertarians at the Cato Institute and the neoconservatives at the American Enterprise Institute. (Although interestingly, and tellingly, from the get-go of his campaign, Trump was on board with the Federalists.) (RELATED: Trump Campaign Ramps Up Attention To Catholic Voters Ahead Of 2020 Elections) 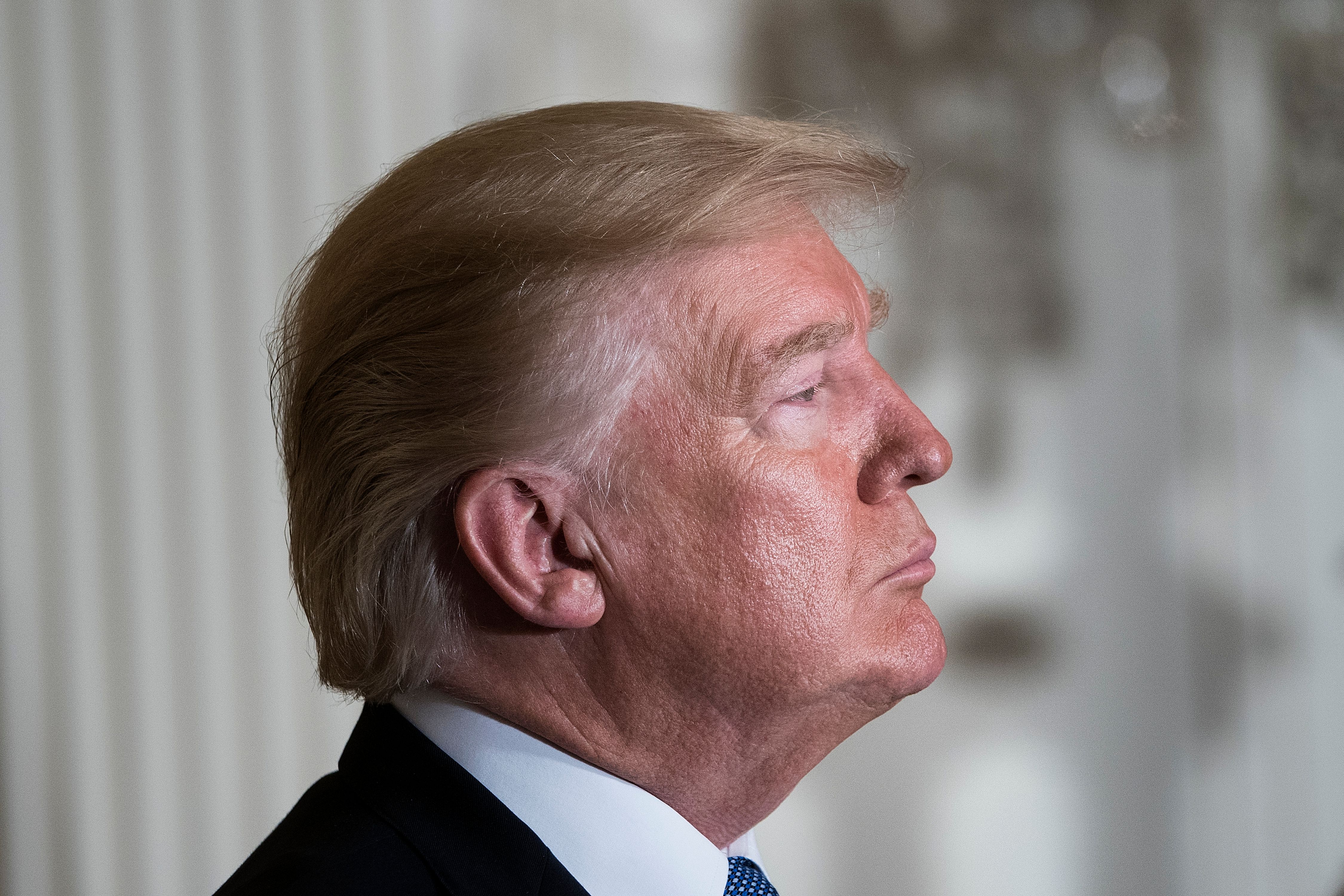 US President Donald Trump listens during a Hispanic Heritage Month event in the East Room of the White House October 6, 2017 in Washington, DC. (BRENDAN SMIALOWSKI/AFP via Getty Images)

During his campaign, Trump never spelled out his different ideas in much detail; he didn’t have to — his tweets spoke louder than any policy tome.

But three years into the Trump presidency, we can observe that the commander-in-chief has sometimes had difficulty translating his different ideas into different policies.

To put that more precisely, many, if not most, of Trump’s policies are not so different from those we might have seen in a more “traditional” Republican administration. In other words, even now, the older orthodoxy is still holding much of its grip. This old orthodoxy has some of its roots in Reaganism, and still has its appeal to many, and yet it’s hard to see how ideas little changed from the 1980s can ever win a political majority in the third decade of the 21st century.

In other words, conservatism needs an intellectual upgrade. The right can no longer say, simply, that America just needs more tax cuts, or more entitlement cuts, or more trade deals, and expect to win. After all, many of the most serious problems today — from opioids to middle-class family dissolution to the threat from China — didn’t exist four decades ago.

It’s to help upgrade conservatism that Oren Cass has founded a new group, American Compass. Cass has an interesting background: He once worked for Mitt Romney, the epitome of the old orthodoxy, and yet he himself first made a splash in 2014 when he published a cover story for National Review on China, entitled, bluntly, “Fight the Dragon.”

Cass argued that our trade policy toward the People’s Republic was dangerously naive from a strategic point of view, as well as hideously obtuse from a political point of view; that is, all those blue-collar workers knew they were getting the shaft, even as officialdom, in both parties, was happy-talking the stale orthodoxy. (RELATED: Trump Accuses Democrats Of ‘Rigging’ The 2020 Election Against Bernie Sanders)

Nowadays, of course, the realization that China is a serious rival — and perhaps even a mortal threat — is a near commonplace. And that’s a testament to the power of ideas, and Cass has been a big part of the intellectual pivot.

In addition, in 2018 Cass published “The Once and Future Worker: A Vision for the Renewal of Work in America,” which argued that the old libertarian-financialist orthodoxy had badly undervalued work, neglecting the social, cultural, and familial   contributions made by hard-working people. That is, the economy is more than just data, dollars, and dogma—it’s also flesh-and-blood people.

So now we can see where Cass’s American Compass is coming from — and where it’s going. Its mission, he said in an interview, is “to restore an economic consensus that emphasizes the importance of family, community, and industry to the nation’s liberty and prosperity.” 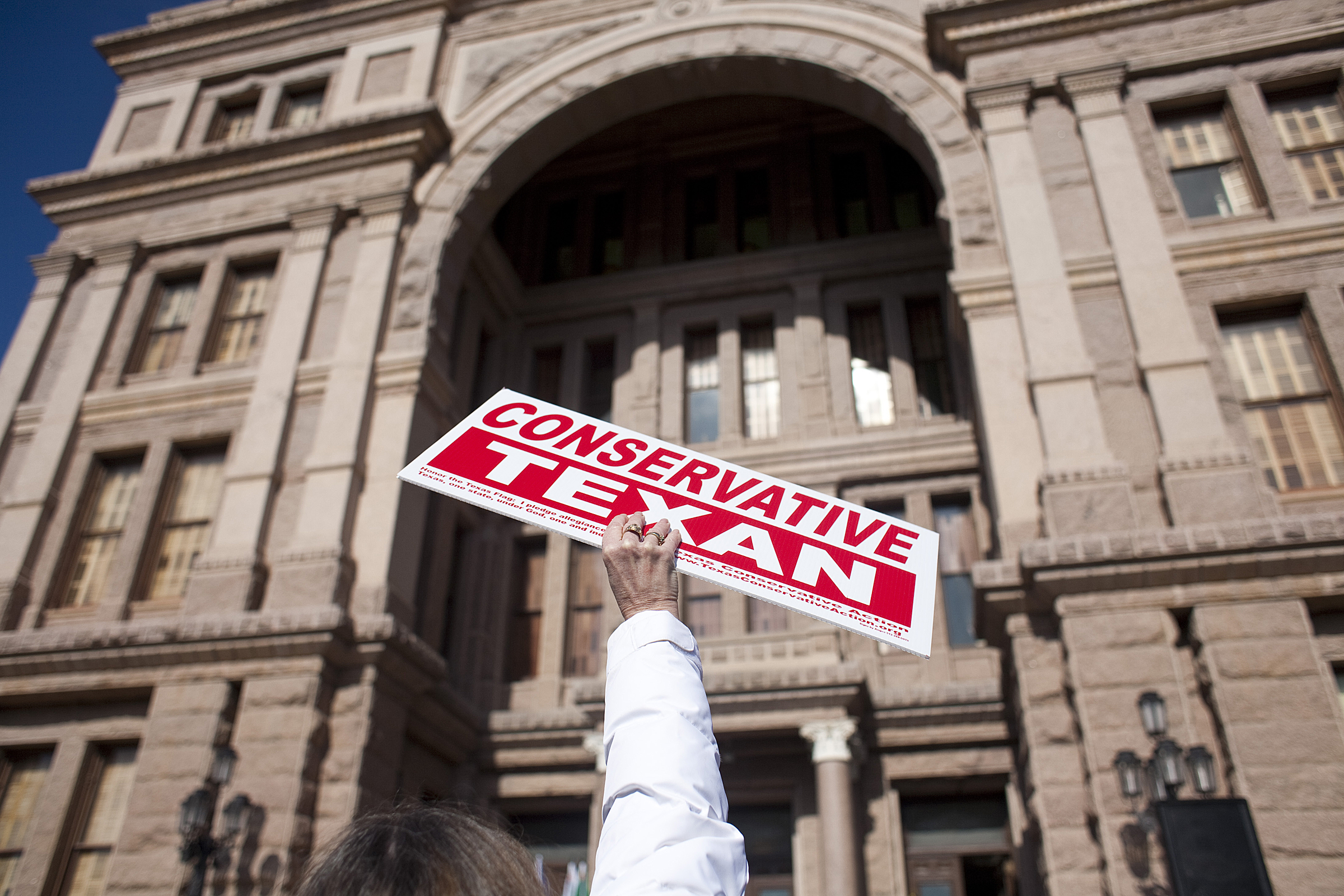 A person holds a sign as others belonging to the Tea Party movement convene at a rally at the Texas state capitol during the first day of the 82nd Legislative session on January 11, 2011 in Austin, Texas. The demonstrators picketed demanding true conservative values from elected officials. (Photo by Ben Sklar/Getty Images)

These sentiments are, of course, the ideas that guide most conservatives. And somehow, over the last couple of decades, “conservatism” has been subordinated to what Cass calls “market fundamentalism” — that is, the idea that people exist to serve the market, not the other way around.

So the challenge for Cass is to help restore conservative ideas to their proper primacy — the conservatism of Main Street, that is, not the libertarian pseudo-conservatism that so often trickles down from plutocratic donors.

It was this Main Street-first agenda — emphasizing, for example, manufacturing and the jobs that go with it — that proved to be Trump’s secret sauce in 2016. And now some younger leaders, such as Sens. Josh Hawley and Marco Rubio, are seeking to make still more of that winning sauce.

So today, where does the incumbent president fit in?

Cass answers: “Trump has certainly shaken things up, but he hasn’t provided a blueprint, and not a sufficient agenda.”

In other words, while Cass is clearly in tune with the stated goals of Trump’s domestic platform, he is looking ahead to the post-Trump era. And so he seeks to counter those older, existing schools which hope, he says, to “return to the pre-Trump status quo.”

Yet for the time being, Trump is the status quo, even if we don’t yet know whether that will last another year, or another five years.  Either way, American Compass will seek to help fix a conservative true north.(RELATED: Professor Who Predicted Trump Election Thinks Michelle Obama Could Win 2020)

Thus the battle of ideas will continue, as conservatives seek to define what they are — and aren’t. And as we have seen, it’s also a battle of organizations, of which American Compass is not only the newest, but also, potentially, one of the most interesting.