Sanders made massive inroads in the Hispanic and African-American communities, and while the Nevada Democratic Party had not finished tabulating results at press time, multiple news outlets all projected a massive win for Sanders. The only question remaining was exactly how large his margin of victory would be.

Saturday’s victory is Bernie’s third strong result in the first three primary states and will lend him a significant share of the state’s 36 convention delegates. He previously topped Buttigieg and Klobuchar in New Hampshire, fell just short of victory in Iowa, and, after Saturday’s performance, remains the clear front-runner.

The Real Clear Politics polling average saw Sanders holding a more than 11-point national lead over Biden heading into the weekend, but his lead over the former vice president expanded to 16 in Nevada. Former New York City Mayor Mike Bloomberg, who has floated between second and third place in recent weeks per RCP, will not appear on any primary ballots until Super Tuesday. 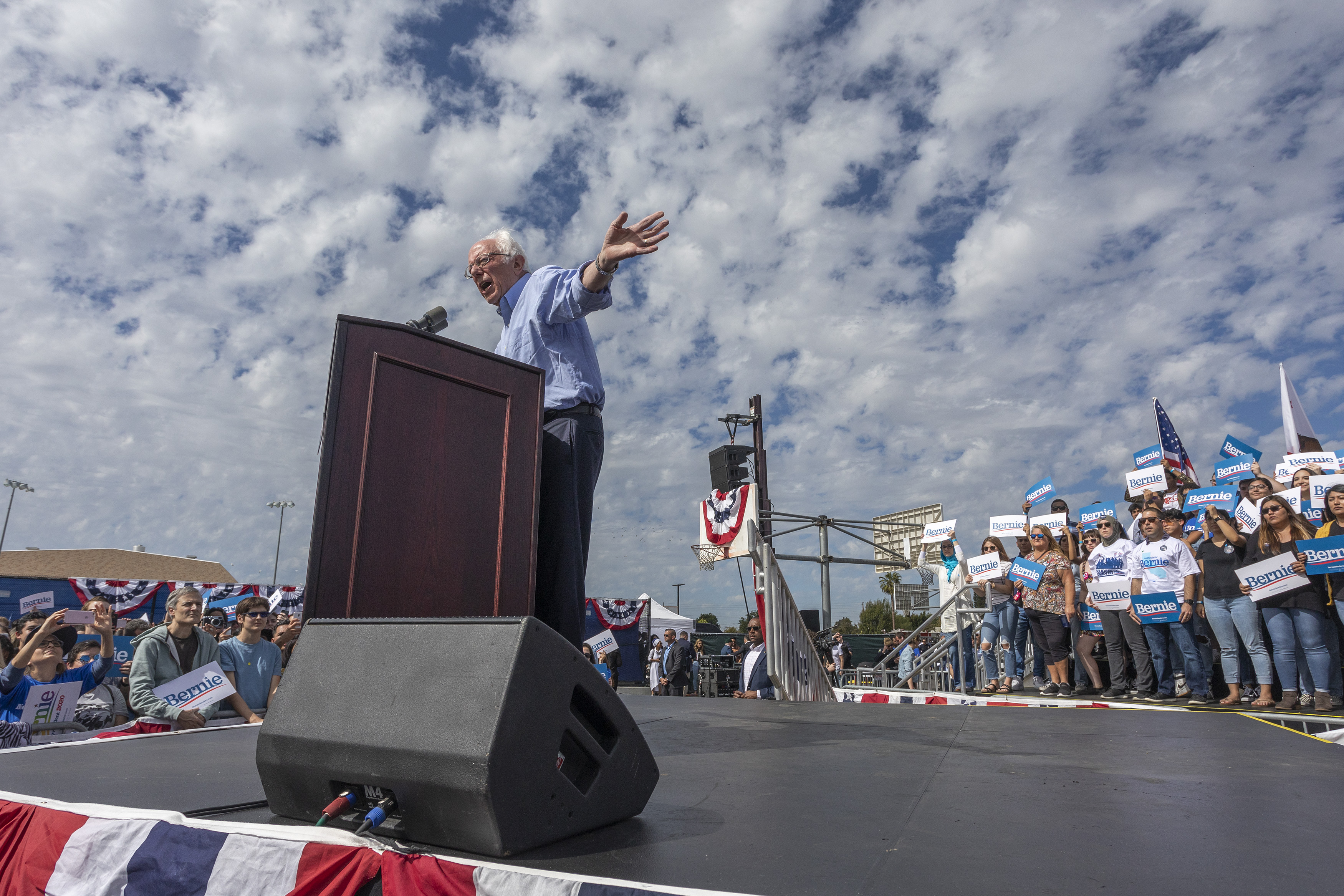 SANTA ANA, CA – FEBRUARY 21: Democratic presidential candidate Sen. Bernie Sanders (I-VT) speaks during a “Get Out the Early Vote” rally on February 21, 2020 in Santa Ana, California. Sanders is campaigning ahead of the 2020 California Democratic primary on March 3. California moved its Democratic primary from June to ahead of Super Tuesday to have greater political influence as an early primary state. (Photo by David McNew/Getty Images)

Sanders addressed the win in a speech to supporters in El Paso, Texas on Saturday, during which he heartily criticized President Donald Trump. (RELATED: Donald Trump Congratulates Bernie Sanders On Nevada Amid Even More Caucus Woes: ‘Don’t Let Them Take It Away From You’)

“All of you know that we have a president today who is a pathological liar, who is running a corrupt administration, who is a racist, a sexist, a homophobe, a xenophobe and a religious bigot,” he told the crowd. “He thinks he is going win the election by dividing this country up based on the color of our skin or where we were born, but we have news for Trump.”

“Love and compassion and bringing people together is a lot more powerful than divisiveness.”

Given the fickle nature of caucuses, coupled with the unmitigated disaster that took place in Iowa, it was only natural that Nevada would throw in some extra wrinkles to the day’s events. In this case, the party opted to resolve ties, which occurred in the final rally at several of the state’s 252 caucus sites, with a deck of cards. To break the tie, representatives for the campaigns in question would each draw a card, with the higher value emerging victorious.

MSNBC reports that there are “issues” with counting votes at precincts in the Nevada Caucus
pic.twitter.com/8fH05dM04y

In 2016, the Nevada Democratic Party called the race for former Secretary of State Hillary Clinton just after 5:00 pm ET, yet in 2020 the party had not reported any official results four hours after caucusing began.

Sanders entered Saturday trailing Buttigieg by one in the overall delegate count. They held 21 and 22 delegates, with Warren, Klobuchar and Biden holding 8, 7 and 6, respectively. Only 2% of the total delegate count had been assigned heading into Nevada.

Bloomberg, appearing on the debate stage for the first time this election cycle, was immediately criticized for his record of sexist and homophobic comments, his implementation of stop and frisk policies in New York City, and his willingness to buy his way onto the debate state. Following the debate, Bloomberg’s net favorability fell by 20 points and his national support dropped by 3%. 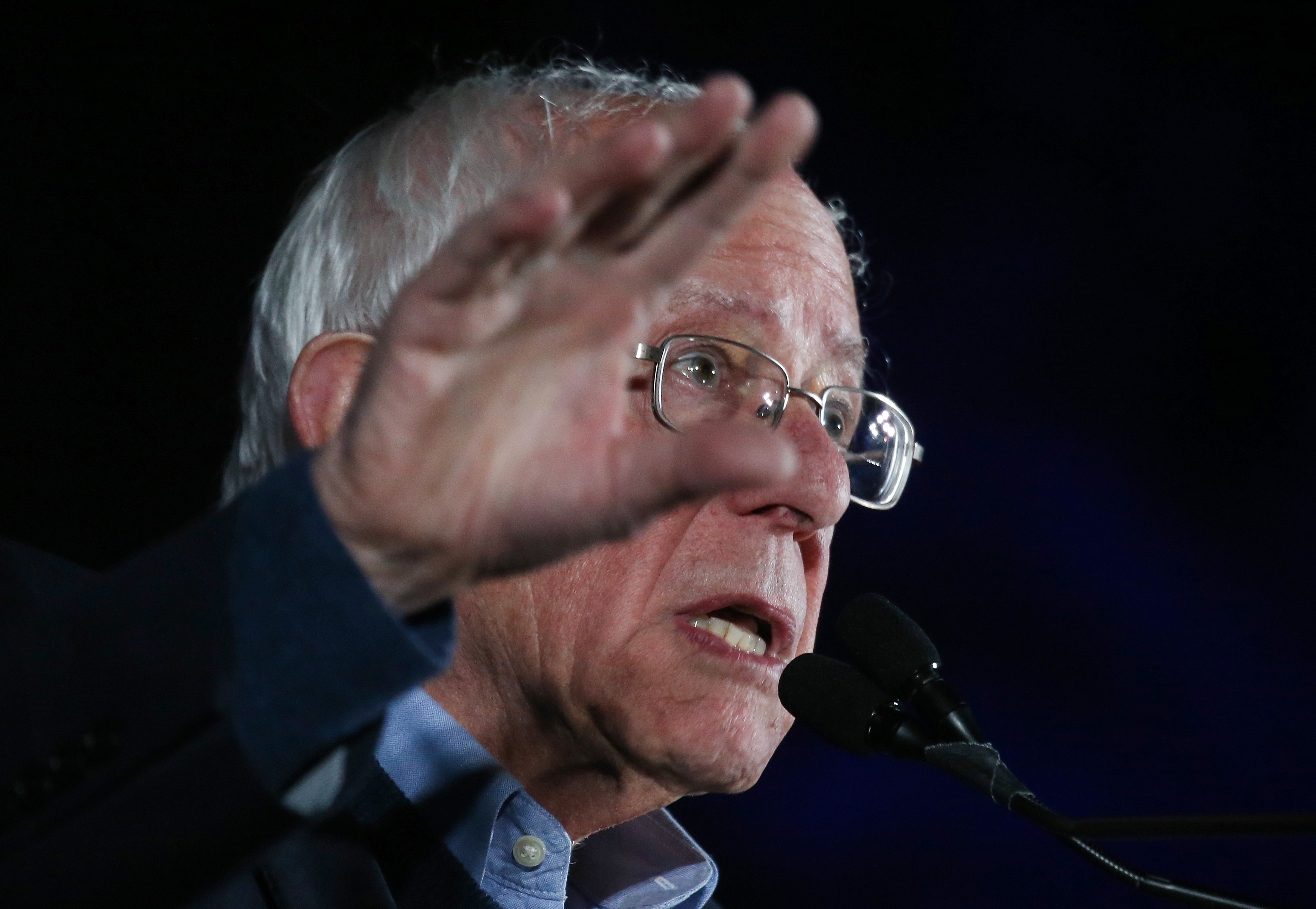 During the debate, Sanders defended some of his “Bernie Bro” supporters, claiming that online harassment perpetrated by individuals claiming to support him could actually be the result of Russian internet trolls.

Just two days later, the news broke that Sanders, President Donald Trump and several members of Congress had been briefed on efforts by Russian actors to help Sanders with the nomination, ultimately sowing discord among American voters. (RELATED: Bernie Sanders Received Briefing On Russian Attempts To Help Him In 2020 Election And Sow Further Discord Among U.S. Voters)

“Unlike Donald Trump, I do not consider Vladimir Putin a good friend. He is an autocratic thug who is attempting to destroy democracy and crush dissent in Russia,” he said of the briefing. “I don’t care, frankly, who Putin wants to be president. My message to Putin is clear: stay out of American elections, and as president I will make sure that you do.”

Faiz Shakir, Sanders’ campaign manager, suggested Saturday that the Trump administration had leaked the information on the briefing in order to “weaponize” it ahead of Saturday’s caucuses.

Do you think the Trump admin leaked classified intel without context to weaponize against Bernie? You decide. https://t.co/gxkwKM58Af

The president himself weighed in on the reports prior to Saturday’s caucusing, tweeting that Democrats “in the Great State of Nevada” should “be careful of Russia.”

“According to Corrupt politician Adam ‘Shifty’ Schiff,” he wrote, “they are pushing for Crazy Bernie Sanders to win.”

Democrats in the Great State of Nevada (Which, because of the Economy, Jobs, the Military & Vets, I will win in November), be careful of Russia, Russia, Russia. According to Corrupt politician Adam “Shifty” Schiff, they are pushing for Crazy Bernie Sanders to win. Vote! 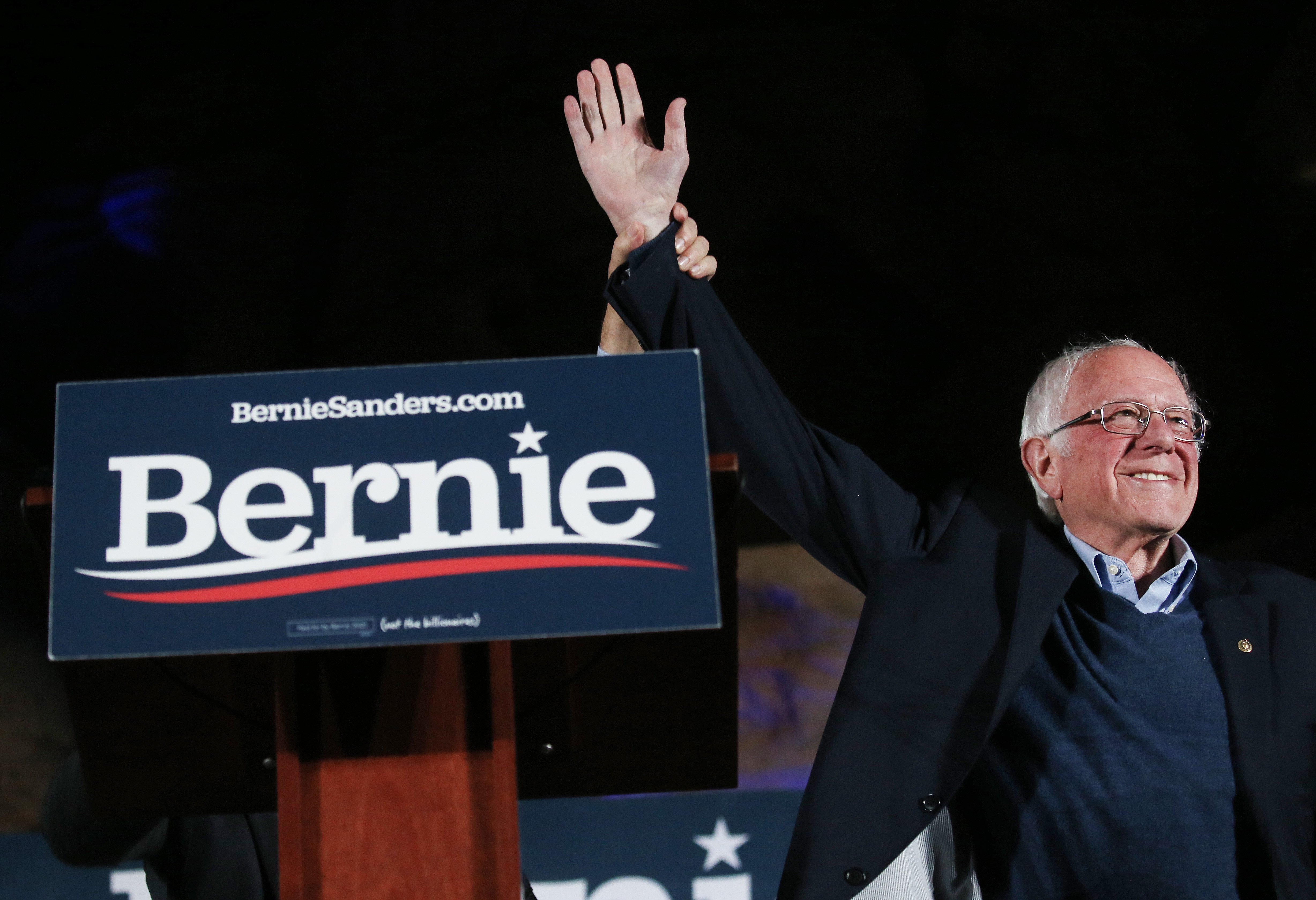 At this point in the race, several candidates still seeking the nomination are facing legitimate financial concerns. With the exception of Bloomberg, who pledged to spend as much of his $60 billion fortune as necessary to win the nomination, Sanders has by far raised the most money since January. According to Federal Election Commission filings, he and Warren have raised more than $10 million in that time.

This is a developing piece and will be updated with more information as it becomes available.