A recent poll reveals that 1 in 5 Europeans believe a clandestine network of Jewish people influences global politics and economics.

Attendees at a conference organized by the European Jewish Association in Paris were presented with this finding and more on Monday. The survey in question canvased 16,000 Europeans across 16 countries, engaging respondents in a face-to-face interviews about their attitudes towards Jewish people, according to the Jerusalem Post.

About a quarter of those surveyed agreed with the statement that “Israel is engaged in legitimate self defense against its enemies,” while 71% either disagreed or chose not to comment. The poll also discovered that a quarter of those questioned say they understand why people hate Jews based on Israel’s policies, reports the Post. (RELATED: Annual Parade In Belgium Features Anti-Semitic Masks With Long Noses, Nazis) 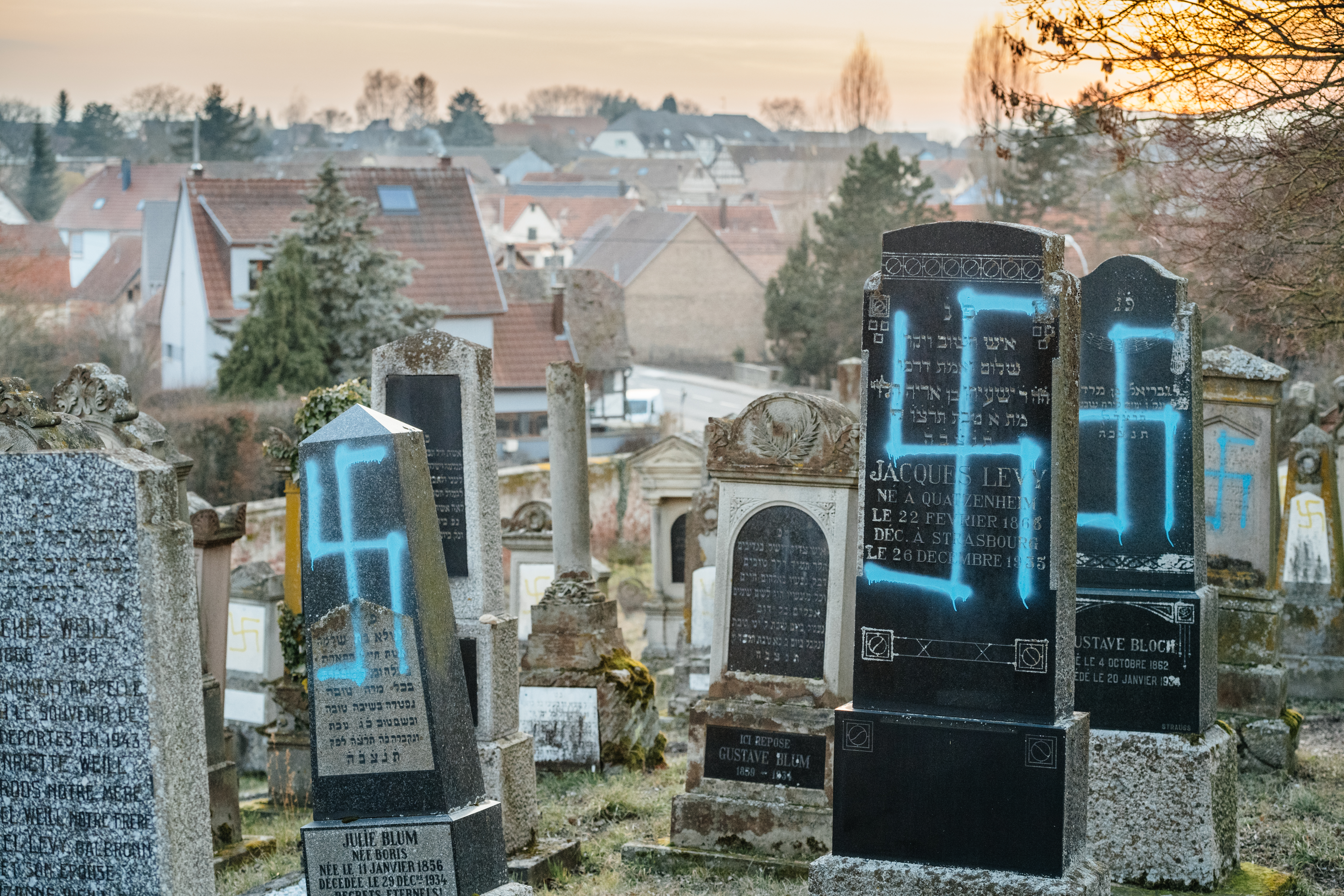 Incidents of antisemitic vandalism like this one in France have many concerned with negative perceptions of Jewish people in Europe. (Shutterstock/Hadrian)

Rabbi Slomo Koves of the Action and Protection League says the survey’s results are potentially limited “by challenges in the collection process,” as pollsters often encounter difficulty engaging with poor populations living in major urban areas like Paris and Brussels. He says that to arrive at a fuller picture of anti-semitism in Europe, future data must include these populations, as they are “necessary for arriving at a representative sample,” according to the Post.