The New York Times spoke with 93 superdelegates following Sanders’s victory in the Nevada caucuses on Feb. 22, the vast majority of which said they believe the Democratic Party is headed toward a contested convention. Of the superdelegates interviewed, 84 said Sanders does not deserve to become the party’s nominee based solely on having secured the most, but not over 50%, of the delegates during the primaries and caucuses.

“If 60% is not with Bernie Sanders, I think that says something, I really do,” Democratic Rep. Veronica Escobar of Texas told The Times.

Current forecasting models back up the superdelegates’ prediction of a contested convention — FiveThirtyEight’s model showed Thursday a 48% chance that no candidate comes out of the primaries and caucuses with a simple majority of delegates, despite Sanders’s current standing as the undisputed frontrunner with victories in New Hampshire and Nevada.

The FiveThirtyEight model showed Thursday that Sanders has a 37% of clinching the nomination before the convention and former Vice President Joe Biden in a distant third with 13% odds.

For a candidate to win the nomination before the convention in July, they’d have to win at least 1,991 of the 3,979 “pledged” delegates up for grabs during the primaries and caucuses.

The floodgates would open at the convention if no candidate breaches that threshold. All 3,979 “pledged” delegates would then be free to vote for anyone of their choosing, and the 771 superdelegates, comprised of elected Democrats and high-ranking members of the Democratic National Committee (DNC), would be able to cast votes for whomever they wish as well.

The candidates themselves also appear to be bracing for a contested convention as it appears increasingly likely that Sanders has the only realistic pathway to secure the nomination during the primaries and caucuses. Sanders was the only candidate during a Feb. 19 debate to say the person that enters the convention with the most, but not over 50%, of the “pledged” delegates should be the Democratic nominee. 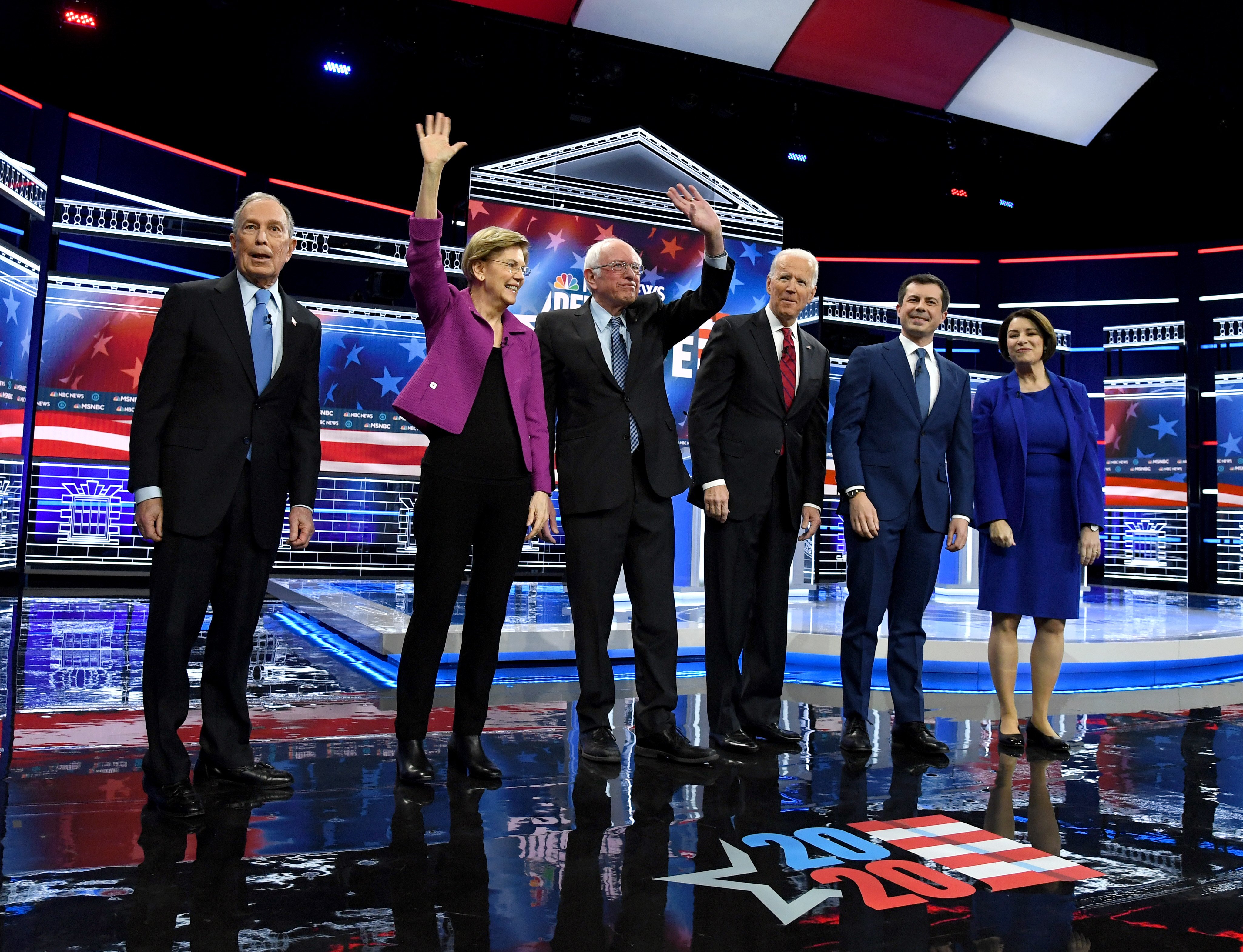 Ways to stop Sanders from becoming the nominee has become a “dominant topic in many Democratic circles,” The Times reported. The DNC will brief House Democrats on Thursday about their role as superdelegates in a contested convention.

Connecticut Democratic Rep. Jim Himes told The Times: “We’re way, way, way past the day where party leaders can determine an outcome here, but I think there’s a vibrant conversation about whether there is anything that can be done.”

New York State Democratic Party Chairman Jay Jacobs told The Times that in the event of a contested convention, superdelegates such as himself should nominate the candidate with the best chance of beating President Donald Trump in November, regardless of who won the most delegates in the primaries and caucuses.

“Bernie wants to redefine the rules and just say he just needs a plurality. I don’t think we buy that. I don’t think the mainstream of the Democratic Party buys that,” Jacobs said, adding:

“If he doesn’t have a majority, it stands to reason that he may not become the nominee.”