National Economic Council Director Larry Kudlow told reporters Monday that he and the White House are “thinking about” offering tax incentives to American companies to move business away from China, helping the U.S. regain control of its medical supply chain in the process.

Kudlow, speaking outside of the White House briefing room, suggested that in order to ease the economic burden on those companies, the government could fully pay for the “moving expenses” by letting those companies write off the cost of construction, equipment, research and development and intellectual property. 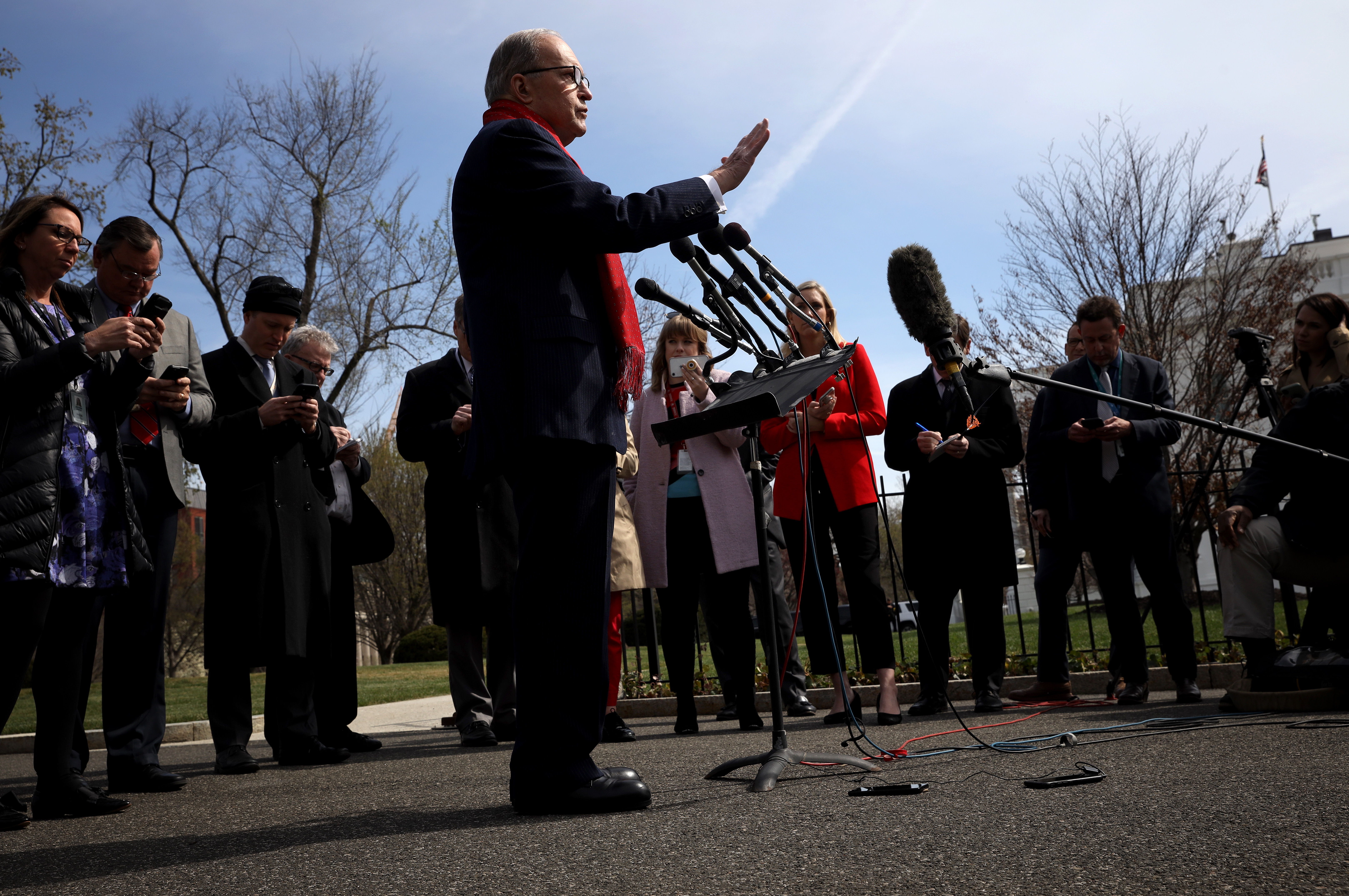 He clarified that Trump has not yet signed off on the plan, it’s just something “we’re thinking about.”

According to Navarro, “Buy American” would cover more than 400 “essential medicines” that “satisfy the priority health care needs of the population.” The order also covers “medical countermeasures” that protect against chemical and biological threats, radiation, nuclear fallout and infectious diseases like coronavirus.

“China has managed to dominate all aspects of the supply chain using the same unfair trade practices that it has used to dominate other sectors — cheap sweatshop labor, lax environmental regulations and massive government subsidies,” he said of the order. “As President Trump has said, what we need to do is bring those jobs home so that we can protect the public health and the economic and national security of the country.”

He suggested the White House is “going to try to help” the airlines “if they get into a cash crunch.” (RELATED: White House Denies Report About Potential National Curfew: ‘No Discussions Taking Place’)

Kudlow also signaled that the economic stimulus plan passed by the House late Friday could only represent half of “fiscal assistance” the administration could put on the table.

“We have roughly $400 billion,” he stated before explaining that the president’s requested payroll tax holiday, which was not included in the House legislation, would bring the total up to $800 billion.