Walmart Inc. announced it would hire 150,000 temporary workers and pay special cash bonuses totaling $550 million to its hourly workers in its effort to manage a shopping surge caused by the coronavirus pandemic, the Wall Street Journal reported.

American consumers have stocked up on food and other household items in the last few weeks in anticipation of self-isolation and state or city-wide shutdowns, and Walmart stores have struggled to keep their 1.5 million stores stocked while also fulfilling online orders, according to the Wall Street Journal.

The company said it would pay a $300 cash bonus to full-time hourly workers, a $150 bonus to park-timers, and it would also accelerate first-quarter bonuses on top of hiring 150,000 workers through the end of May in its stores and fulfillment centers. The jobs will be temporary at first but could lead to permanent roles. 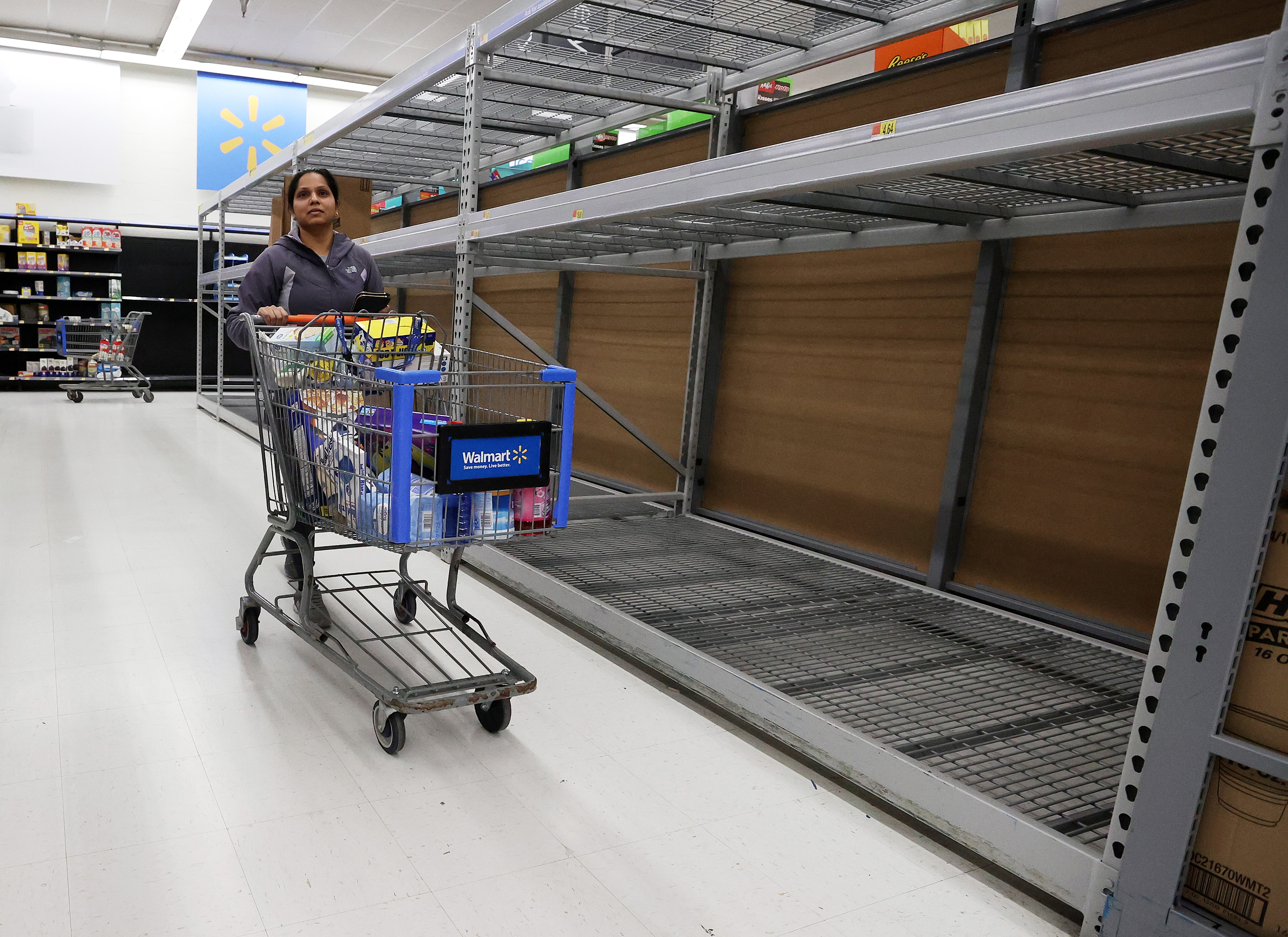 UNIONDALE, NEW YORK, – MARCH 14: As the coronavirus continues to spread across the United States, stores like Walmart had problems keeping up with the high demand for paper goods leading to empty shelves. (Photo by Al Bello/Getty Images)

“We know millions of Americans who are usually employed at this time are temporarily out of work, and at the same time we’re currently seeing strong demand in our stores,” Walmart President and CEO Doug McMillon said in a statement. “We’re looking for people who see Walmart as a chance to earn some extra money and perform a vital service to their community.”

The announcement came Thursday, a day after Walmart said it was cutting store hours for the second time in less than a week because of the coronavirus spread, USA Today reported. The company also added a time for seniors to shop in an effort to allow them priority access to essential household items that could be cleared off of shelves by other shoppers later in the day.

Target has increased its minimum wage by $2-an-hour at stores and distribution centers through May 2 and also said it would give special bonuses to 20,000 hourly department managers ranging from $250 to $1,500 apiece and provide paid leave of up to 30 days for older and pregnant workers in response to the shopping surge, according to the WSJ.

In an effort to keep up with demand, Amazon also announced plans to hire 100,000 new employees, the company announced Monday. (RELATED: Amazon To Hire 100,000 New Workers Because Of Coronavirus)