Speaker of the House Nancy Pelosi on Monday introduced a massive coronavirus bill with a number of provisions completely unrelated to the crisis.

“The country is burning and House Democrats would rather delay passage of direct relief to working families and small business so they can manipulate the way we conduct elections, bail out the postal service, impose greenhouse gas mandates on the airlines, and ensure diversity on corporate boards,” Rachel Bovard, Senior Director of Policy at the Conservative Partnership Institute told the Daily Caller. 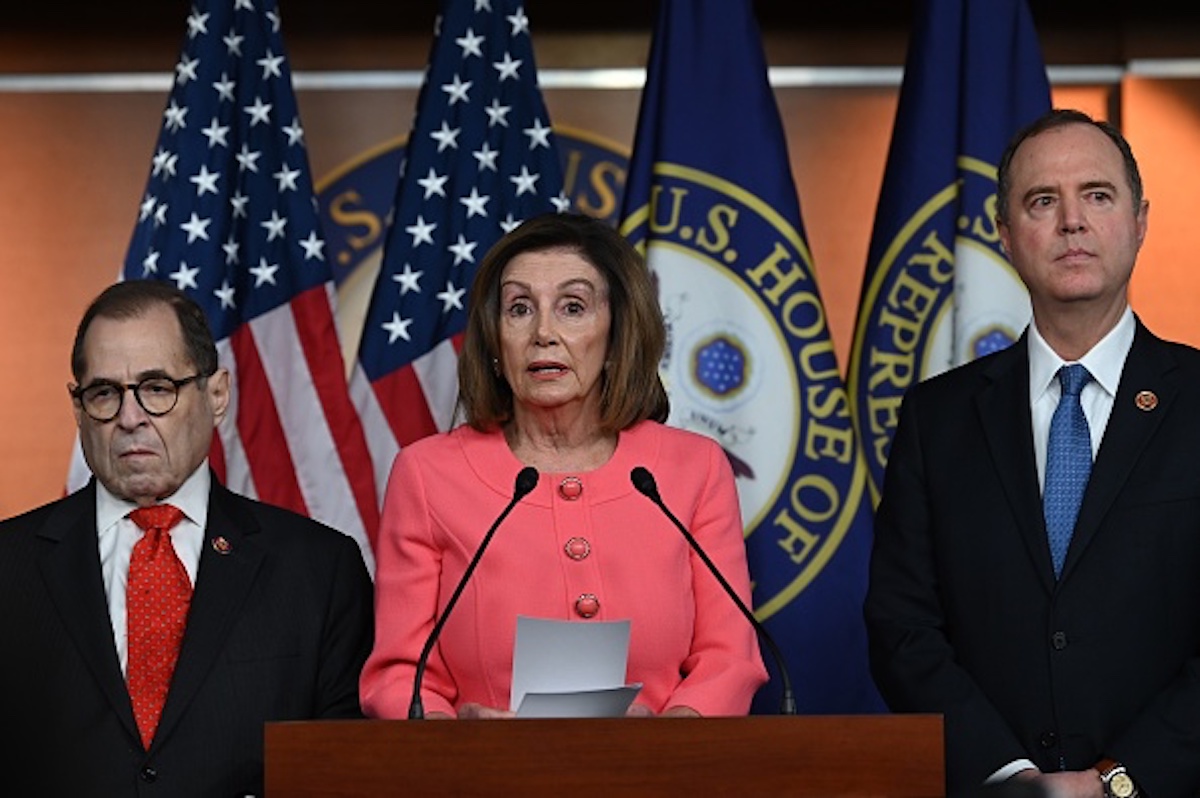 Speaker of the House Nancy Pelosi (D-CA) announces impeachment managers for the articles of impeachment against US President Donald Trump on Capitol Hill January 15, 2020, in Washington, DC.  (Photo by JIM WATSON/AFP via Getty Images)

“The bill does take a strong step in prohibiting stock buybacks and limiting executive compensation and dividends from corporations who get taxpayer-funded loans. If she started and stopped there, that would be a helpful proposal. As it stands, it’s lost in the rest of the completely partisan Democrat agenda that is House Democrats response,” Bovard continued.

“The American people are counting on their leaders to deliver results now, but Pelosi and Senate Democrats cost our country at least a day. Small businesses, families, and hospitals are still waiting for aid because Democrats want to ‘restructure things to fit their vision,'” a GOP aide told the Daily Caller, referring to House Majority Whip James Clyburn’s comments to caucus members last week that the bill was “a tremendous opportunity to restructure things to fit our vision.”

The Speaker’s $1.6 trillion emergency package comes as Senate and House leaders could not lock down a deal Sunday for an expected vote. “From my standpoint, we’re apart,” Pelosi told reporters as she went into McConnell’s office Sunday morning to discuss the legislation. (RELATED: McConnell Restructures Campaign Into Meals Effort For Kentuckians Affected By Coronavirus)

Meanwhile, The Senate again failed to pass a procedural cloture vote Monday on a phase-three coronavirus stimulus bill as there has been continued internal dispute between both parties.

The vote was 49-46. Republicans needed 60 yes votes to pass the vote. On Sunday night the Senate tried to pass a cloture vote but failed 47-47 as no Democrats would jump on board. (RELATED: Senate Again Fails To Pass Cloture Vote On Coronavirus Stimulus Bill)

Pelosi’s office did not respond to the Daily Caller when asked about the list of provisions unrelated to the coronavirus.