President Donald Trump stated Tuesday that the White House coronavirus task force would be extending its original 15-day social distancing guidelines for the month of April, despite speculation that the new guidelines would be significantly stricter than the previous version.

The president himself said at press briefings on both Sunday and Monday that the White House would be announcing a new set of guidelines and that they would be “tougher.” Several news outlets reported that the new guidelines would include calling for all Americans to wear masks while commuting to and from work and during other periods of essential travel.

“It’s absolutely important for the American people to follow the guidelines for the next 30 days,” Trump said Tuesday in the White House Brady Briefing Room Tuesday. “It’s a matter of life or death. I know our citizens will rise to the occasion, they already have.”

“Things are going to get better, like a burst of light. I really think and I hope,” he added. (RELATED: Tucker Carlson Tells Government To ‘Stop Lying To Us’ During COVID-19 Crisis) 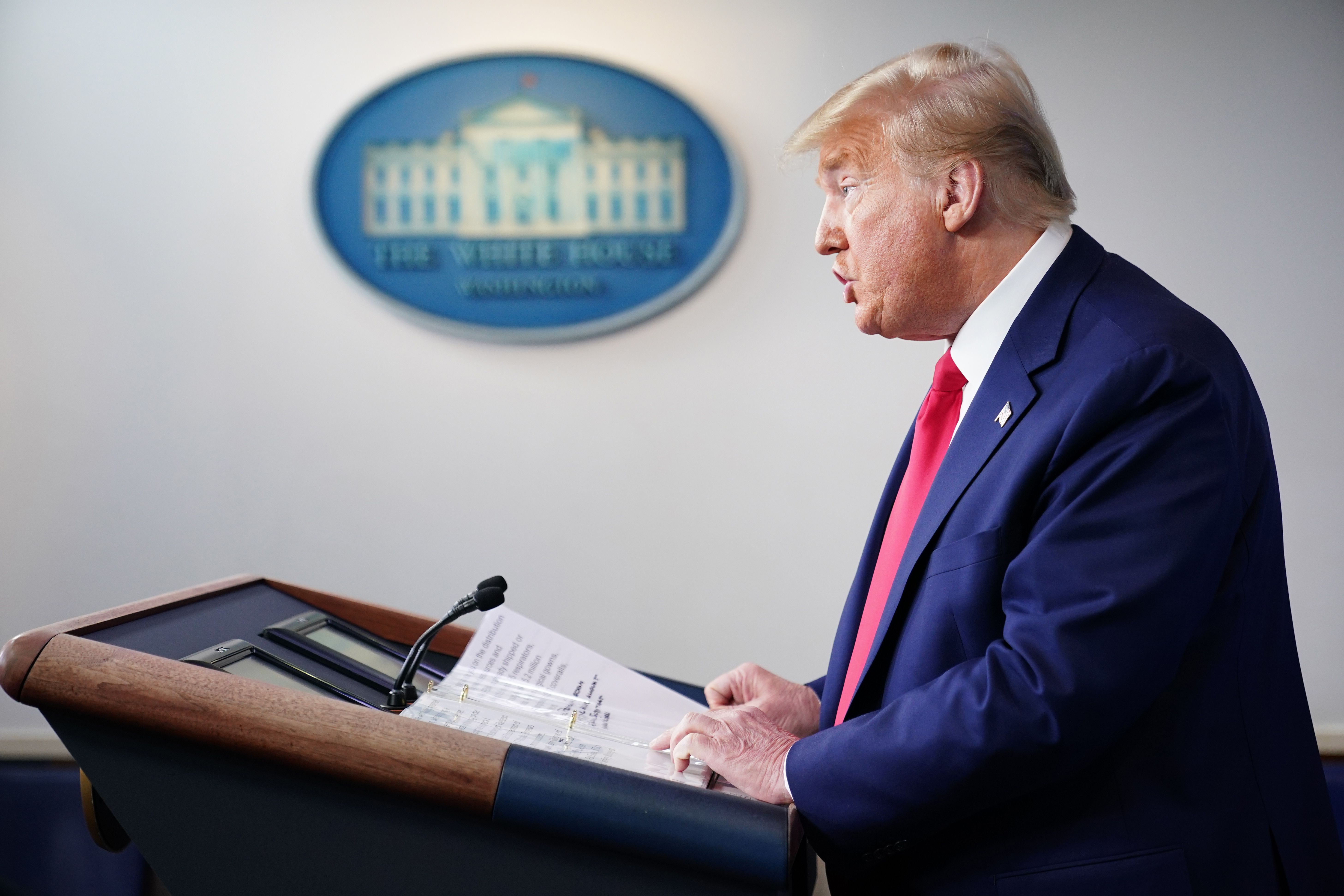 US President Donald Trump speaks during the daily briefing on the novel coronavirus, COVID-19, in the Brady Briefing Room at the White House on March 31, 2020, in Washington, DC. (Photo by MANDEL NGAN/AFP via Getty Images)

Dr. Deborah Birx noted at the briefing that the White House’s new models are “focused on the next two weeks.” Birx said the models predict that American deaths will fall between 100,000 and 200,000, but that assumption relies on the full population’s adherence to the suggested mitigation tactics.

Dr. Anthony Fauci further stated that “mitigation will be doing the trick” in terms of flattening America’s pandemic curve.

“Now is not the time to take the foot off the accelerator,” he continued. “That’s what I hope and I know we can do in the next 30 days.”

Several states and metropolitan areas have enacted stay-at-home or shelter-in-place orders since Trump put out the original 15-day set of guidelines.