“My job isn’t a safe place,” said Rosanna Caruso, a New Jersey-based surgical technologist who’s tested positive for coronavirus and is a party in the lawsuit.  “All because of this disease. China is the origin of it all.”

Over half of the world’s supply of surgical masks were manufactured in China before coronavirus broke out in Wuhan in late 2019 and production in the country has since expanded nearly 12-fold, according to The New York Times.

As China sought to “corner the world market” on PPE in the early stages of the outbreak, its government went as far as to prohibit PPE manufacturers from exporting their products from the countries, leading U.S. manufacturers of medical safety equipment told the White House, the New York Post reported.

Caruso, who said she began showing symptoms of COVID-19 on March 18 and has been sick ever since, said the hospital she works at began taking drastic measures to regulate the use of N95 masks during the early stages of the outbreak knowing that there would be high demand. She told her colleagues that have access to N95 masks wear them sandwiched between two surgical masks to protect the valuable resource.

“They’re taking all the precautions they can,” Caruso said.

Caruso said she tested positive for COVID-19 on March 28.

Caruso provided the Daily Caller News Foundation with a memo her hospital sent to workers on April 3 announcing that it would be distributing surgical masks, or procedural masks, to every employee, but with the caveat that employees are asked to use the mask for an entire week, to be replaced only if it becomes soiled or damaged. 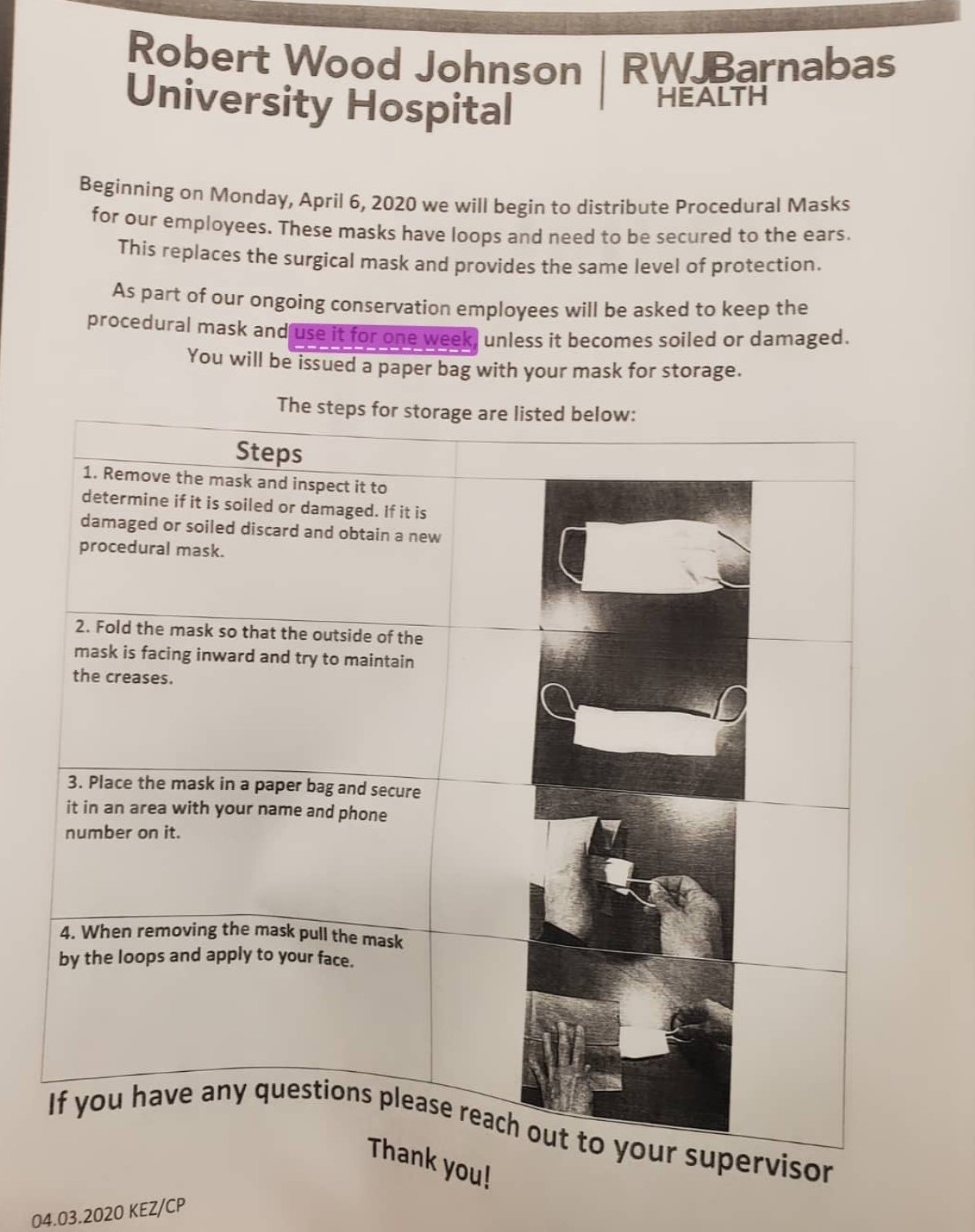 A recent survey by the Health and Human Services Office of Inspector General found that mask shortages have been a common problem for hospitals across the country since coronavirus began spreading in the United States.

One hospital administrator reported that it had gone from using 200 masks a day to 2,000 per day since the start of the outbreak. Another noted that masks that previously cost 50 cents now cost $6 apiece — a 1,100% increase.

The hospital workers in the class-action lawsuit filed Wednesday, all of whom have either been tested positive for COVID-19 or are awaiting testing results, are represented by the Berman Law Group, which filed a separate class-action lawsuit in early March seeking to hold the Chinese government accountable for the economic carnage caused by their mishandling of the Coronavirus outbreak at its onset.

Over 5,000 plaintiffs have now joined in on Berman’s first class-action lawsuit, according to Lucas | Compton, a lobbying and public affairs firm which is partnering with Berman on the effort. (RELATED: Bipartisan Effort Underway To Hold Chinese Government Financially Accountable For Coronavirus Outbreak)

“They took all of these goods, got them in China, and have restricted the ability for the United States to get them,” said Berman Law Group chief strategist and non-attorney spokesman Jeremy Alters said of China. “Not only are they not containing the virus the way they’re supposed to, not only are you not telling the world about the effects of this virus but now you’re keeping the equipment we need to stay safe, especially our health care workers?”

Alters expressed confidence that both of the class action lawsuits his firm filed will have standing in federal court, citing exemptions in the Foreign Sovereign Immunities Act (FSIA), which would typically render a sovereign country China immune from matters of legal liability.

Republican Rep. Lance Gooden of Texas introduced legislation in early April that would add an additional amendment to FSIA strip immunity from sovereign countries found to have “discharged a biological weapon” either intentionally or unintentionally.

Alters said his firm would welcome additional amendments to FSIA, but said they wouldn’t be necessary for their cases against China.

“We’re confident in the way the law sits now that we fall into the exceptions both in the first case and the second case,” Alters said. “If the government decides to lessen sovereign immunity or eliminate it for the purposes of this horrible global pandemic, we obviously would fully support that as well.”