Over the past seven days, more Americans have typed “Joe Exotic” into the Google search bar than “Joe Biden,” shaking up their quarantine experience by diving into the world of Netflix’s newest binge-ready original docuseries.

Not surprisingly, Exotic’s home state of Oklahoma — where he once ran for governor — skewed furthest in his direction. Of all the searches for both names, 85% were for Exotic and only 15% were for Biden.

Closest to tipping the scales in Biden’s direction, again not surprisingly, was Washington, D.C. There, 43% of people searched for Biden while 57% searched for Exotic.

Biden edged out Exotic briefly on April 8 — the day independent Vermont Sen. Bernie Sanders announced that he was suspending his presidential campaign — when he became the presumptive Democratic nominee. 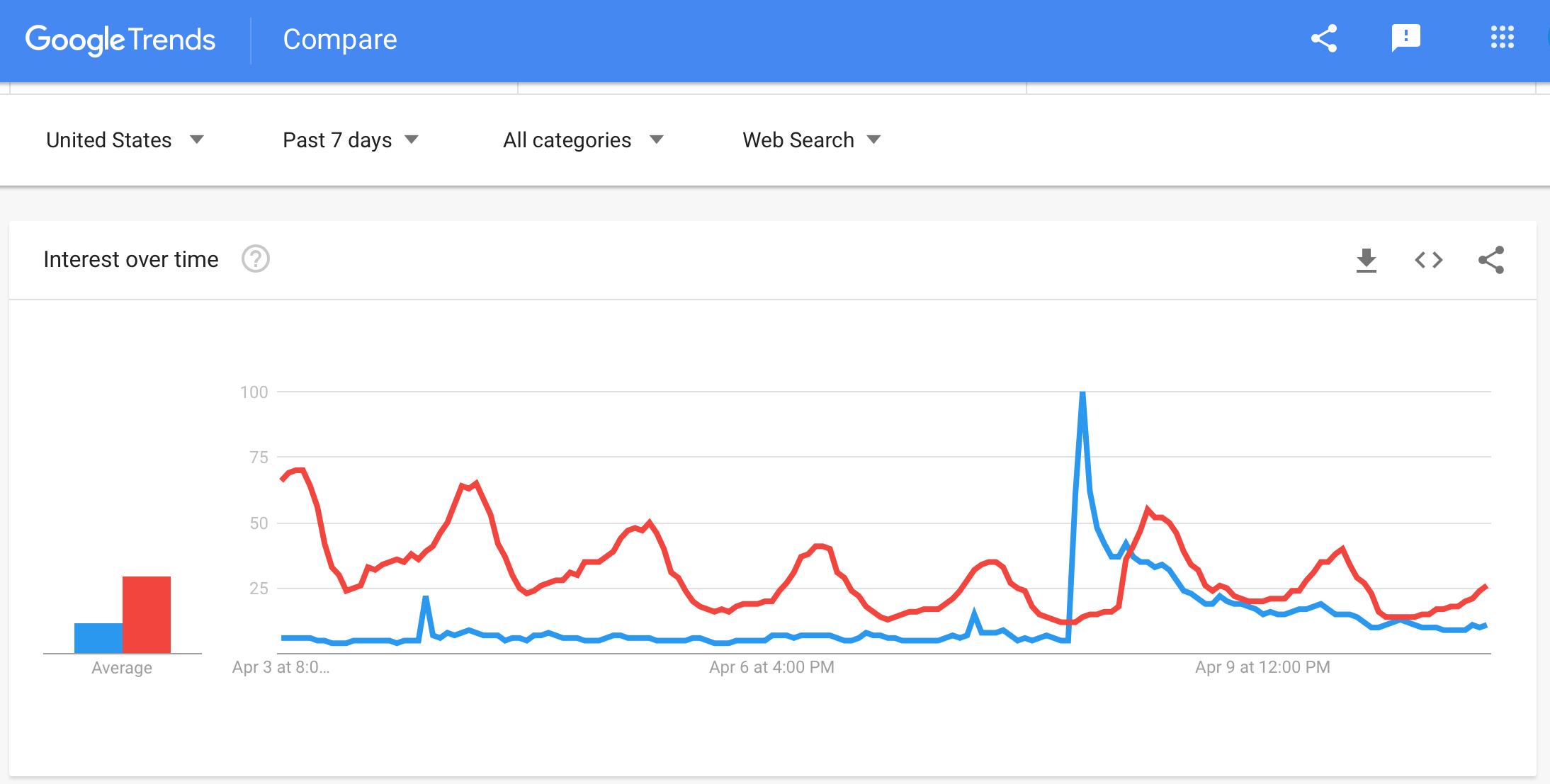 Exotic also trumps President Donald Trump in the Google search game. Over the past seven days, nearly twice as many people searched his name over the president’s.

Exotic even came up during a White House Coronavirus Task Force briefing when one reporter asked Trump whether he would consider a pardon for the convicted felon, currently serving 22 years in prison for a murder-for-hire plot. The man he allegedly hired to kill rival Carole Baskin, Allen Glover, accepted payment but never carried out the crime. (RELATED: POLL: Will Donald Trump Supporters Still Back Him If He Pardons ‘Tiger King’ Star Joe Exotic? The Results Aren’t Close)

New York Post reporter Steven Nelson referred to the Netflix hit as “one of the biggest rating hits of the coronavirus, aside from these briefings,” and then noted that Trump’s son had joked that a pardon might be a good idea.

Trump laughed, saying, “Must be Don. I had a feeling it was Don. I know nothing about it. You think he didn’t do it? Are you recommending a pardon?” He then said that he would “take a look.”

Donald Trump Jr. was amused by the whole exchange, tweeting, “Ok this is hilarious. Also credit to the reporter who acknowledged I was joking. Normally they know I’m joking but run with it as though I’m serious. @realDonaldTrump. “Sounds like Don… had to be Don.”

Ok this is hilarious. Also credit to the reporter who acknowledged I was joking. Normally they know I’m joking but run with it as though I’m serious. @realDonaldTrump . “Sounds like Don… had to be Don” #TigerKing
???????????? pic.twitter.com/POOPNZnMwc