President Donald Trump announced at Wednesday’s coronavirus press briefing that he plans to unveil on Thursday a new set of guidelines for reopening the country.

The president has expressed his desire to reopen the economy on May 1, immediately following the conclusion of the current social distancing guidelines issued by the White House coronavirus task force. 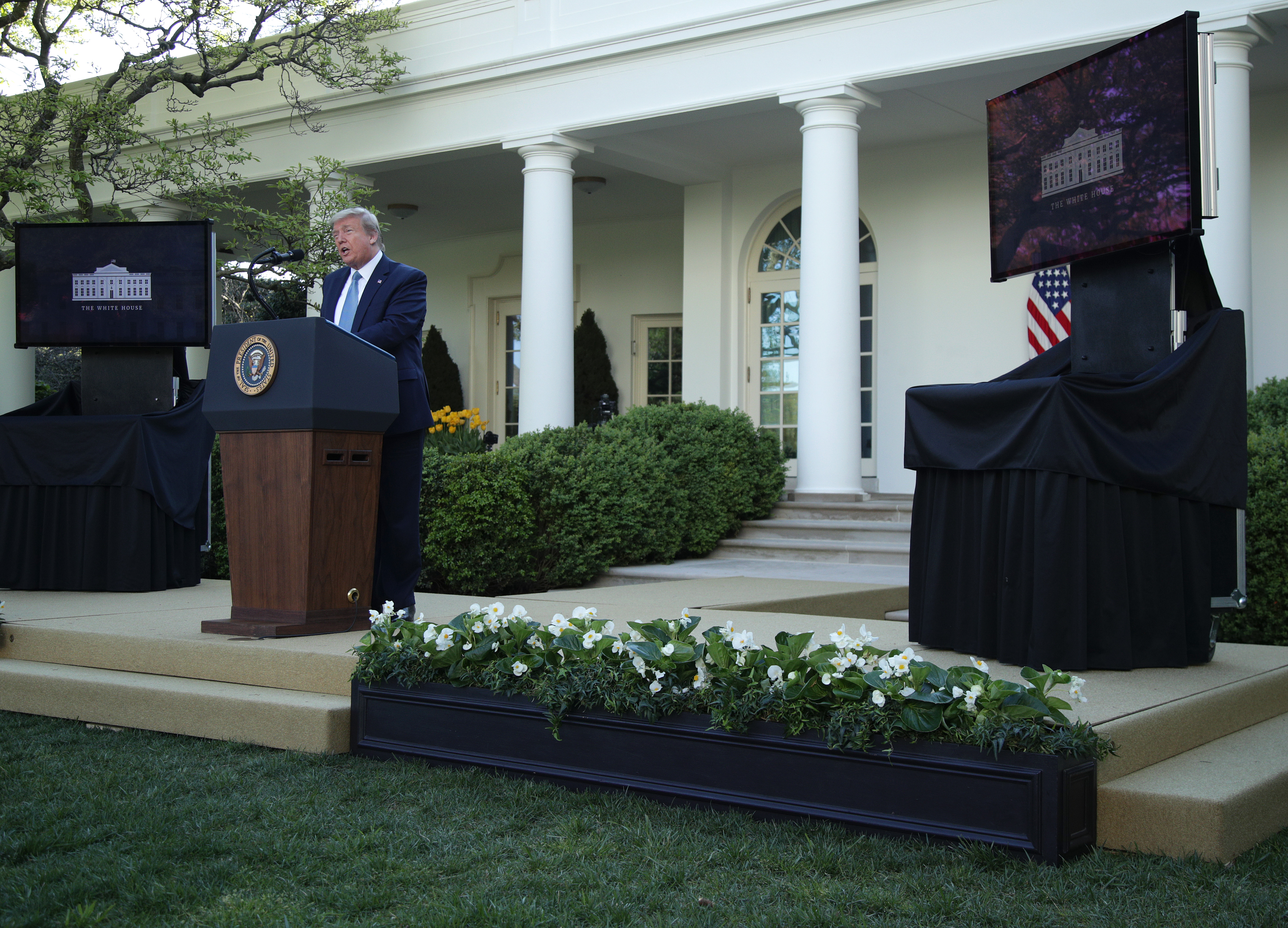 “All of American society is engaged and mobilized in the war against the invisible enemy,” he told reporters gathered in the White House Rose Garden. “It is clear that our strategy is working, and very strongly working.” (EXCLUSIVE: White House Officials Counter Pelosi’s Claim That Trump’s WHO Cuts Are ‘Illegal’)

“The data suggests that nationwide we have passed the peak on new cases,” he continued. “Hopefully that will continue, and we will continue to make great progress.”

Trump noted that the new “developments have put us in a very strong position to finalize guidelines for states for reopening the country.”

“We will have a news conference tomorrow sometime during the afternoon. We will be announcing guidelines, and will be talking about various states, and it’s very exciting.”

Trump additionally touched on his Wednesday teleconferences with business leaders from multiple different industries on how to reopen the economy.

“These experts and innovators provided productive feedback on how to reboot our economy,” the president explained. “They gave us a lot of good ideas.”

In recent days, Trump has clashed with state governors over the timeline, and who ultimately holds the authority, for reopening communities.

The president suggested Tuesday that the plans he and the task force will pass along to governors on reopening their communities could be approved prior to May 1. On Monday, he insinuated that the president has “total” authority on such matters, prompting widespread criticism from governors, constitutional scholars and others.