White House officials are refuting Speaker of the House Nancy Pelosi’s claim that cutting funding to the World Health Organization (WHO) is “illegal.”

Officials in the Office of Management and Budget explained to the Daily Caller that WHO’s funding was approved by Congress as part of a larger lump sum statutorily allocated for “international organizations.” The White House has discretion over which organizations to send that money to, with past decisions resulting in the budgeting WHO received.

“If you pay a contractor to build you a house and the roof falls in, you don’t keep paying them, you find a new contractor,” a senior administration official said in a statement on the issue to the Daily Caller. “WHO clearly failed to do its job, and continues to make serious mistakes that puts our nation’s safety and security at risk, including allowing the reopening of wet markets. It shouldn’t be controversial for the U.S. to want to partner with international organizations that will actually protect international health.”

“Watching the Democrats rush to defend the World Health Organization, which uncritically took China at its word that COVID19 wasn’t a threat or contagious among humans, is really something,” Rachel Bovard, Senior Director of Policy at the Conservative Partnership Institute, remarked to the Daily Caller. “This is an organization which failed spectacularly at its primary mission. At the very least, a review of US taxpayer contributions — which makeup the largest amount of money the WHO receives from any country — is more than warranted.” 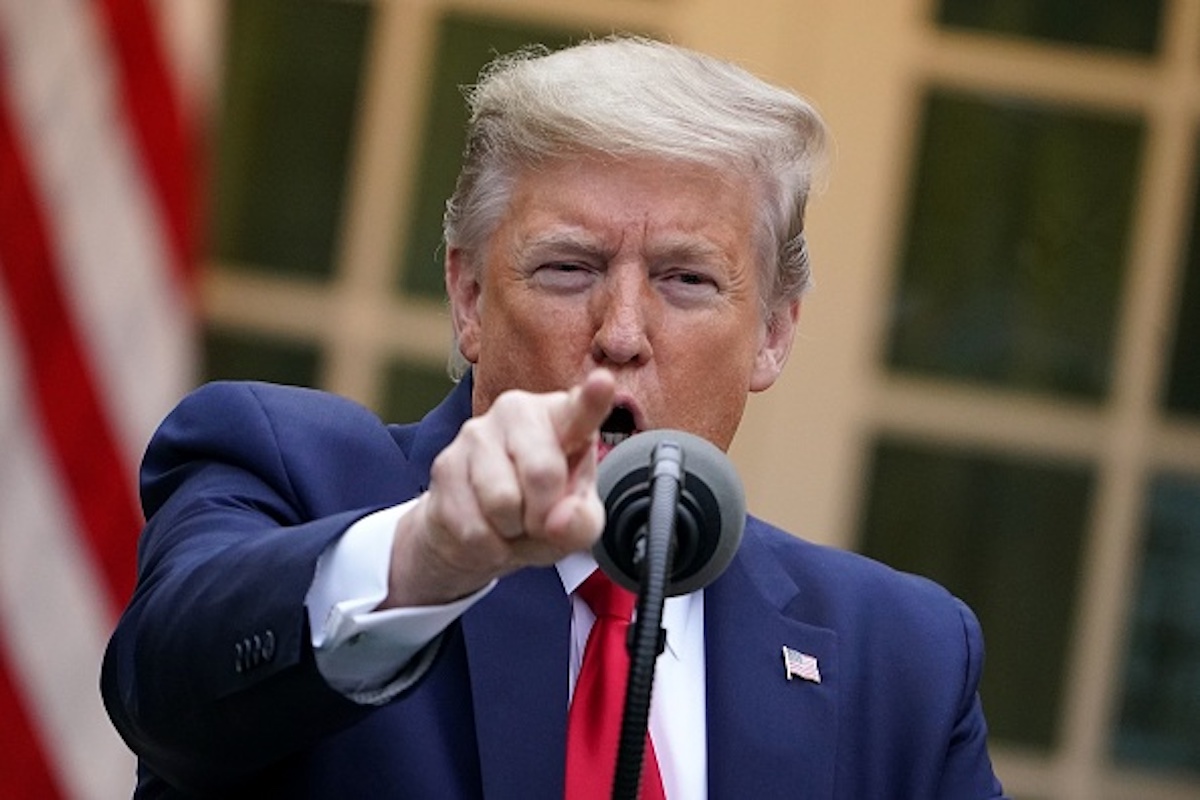 Trump announced Tuesday that the United States would halt funding for the WHO, saying the group had contributed to China’s misinformation on the coronavirus. (RELATED: President Trump Cuts Off Funding For World Health Organization Over COVID-19 Handling)

Many Republicans have accused the WHO of covering up the virus, resulting in deaths countries across the globe. (RELATED: Pelosi’s Coronavirus Bill Pushes Provisions Unrelated To The Crisis)

Congressional lawmakers have also been continuing to push for information from the WHO. Republicans on the House Oversight Committee sent a letter Thursday to the WHO, asking them to detail their relationship with China in regards to the coronavirus pandemic. (Pelosi Says Trump’s Decision To Cut Off Funding For WHO Is ‘Illegal’ — Vows It Will Be ‘Swiftly Challenged’

Ranking Member Jim Jordan maintains that “The World Health Organization should be ashamed that they relied on Chinese propaganda when deciding how to combat the coronavirus crisis. President Trump is right to question the WHO’s role in global health going forward.”

WHO Director-General Tedros Ghebreyesus reacted Wednesday afternoon to Trump’s announcement on Twitter, and while he expressed disappointment to the decision, he did not echo Pelosi’s claims.

“The [United States] has been a longstanding & generous friend to WHO & we hope it will continue to be so,” he wrote. “We regret the decision of [Trump] to order a halt in funding.”

“Together, we can improve the health of many of the world’s poorest and most vulnerable people,” he continued.

The has been a longstanding & generous friend to @WHO & we hope it will continue to be so. We regret the decision of @realDonaldTrump to order a halt in funding to WHO.
Together, we can improve the health of many of the world’s poorest and most vulnerable people. #COVID19