The letter, addressed to her Democratic colleagues, contains a number of bullet points attacking Trump and blaming his actions for “endangering lives” and hurting the economy.

“The truth is that Donald Trump dismantled the infrastructure handed to him which was meant to plan for and overcome a pandemic, resulting in unnecessary deaths and economic disaster,” her letter read.

Pelosi goes on to accuse Trump of telling his “most loyal followers that the pandemic was a hoax and that it would magically disappear.” She further blames Trump for not having enough tests and PPE, and for turning the economy into a “disaster.”

“The truth is a weak person, a poor leader, takes no responsibility. A weak person blames others,” the last bullet point reads.

Pelosi has repeatedly taken shots at Trump over the federal government’s coronavirus response. 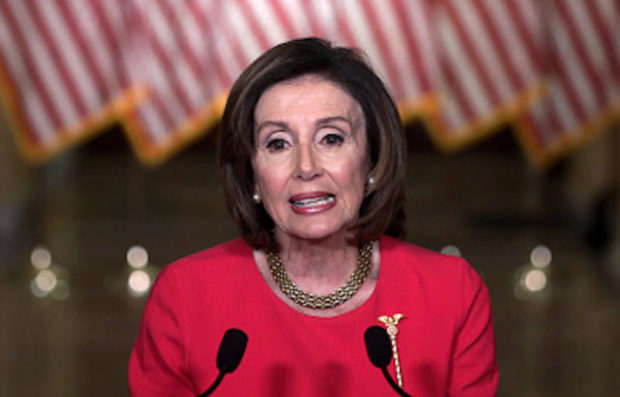 U.S. Speaker of the House Rep. Nancy Pelosi (D-CA) delivers a statement at the hallway of the Speaker?s Balcony at the U.S. Capitol March 23, 2020 in Washington, DC. Alex Wong/Getty Images

During a call Monday, she said that Trump’s response is “almost sinful.”

“The more misrepresentations he puts out there, the more it obscures the truth,” she also said. (RELATED: Nancy Pelosi On Trump After Reporter Asks About Coronavirus: ‘I’ve Thought He Should Be Tested For A Long Time Now’)