The second round of the Small Business Administration’s (SBA) Payment Protection Program (PPP) processed in 24 hours nearly twice the total dollar amount of loans the administration processes in the average year.

Senior Trump administration officials briefed on the situation gave the Daily Caller the updated statistics Tuesday afternoon. The SBA granted roughly 450,000 loans from 5,100 lenders for a total sum of $48.5 billion. Typically, the SBA processes roughly $28 billion in loans per year from anywhere between 1,700-1,800 lenders.

“President Trump is delivering on his promise to provide immediate relief for America’s small businesses,” one administration official told the Daily Caller. “The president will continue working every day to ensure Americans who are hurting through no fault of their own as a result of the coronavirus have the support they need.”

Monday was the first day since April 16 that PPP loans were authorized by SBA following the exhaustion of the first $350 billion allocated by Congress in Phase 2. 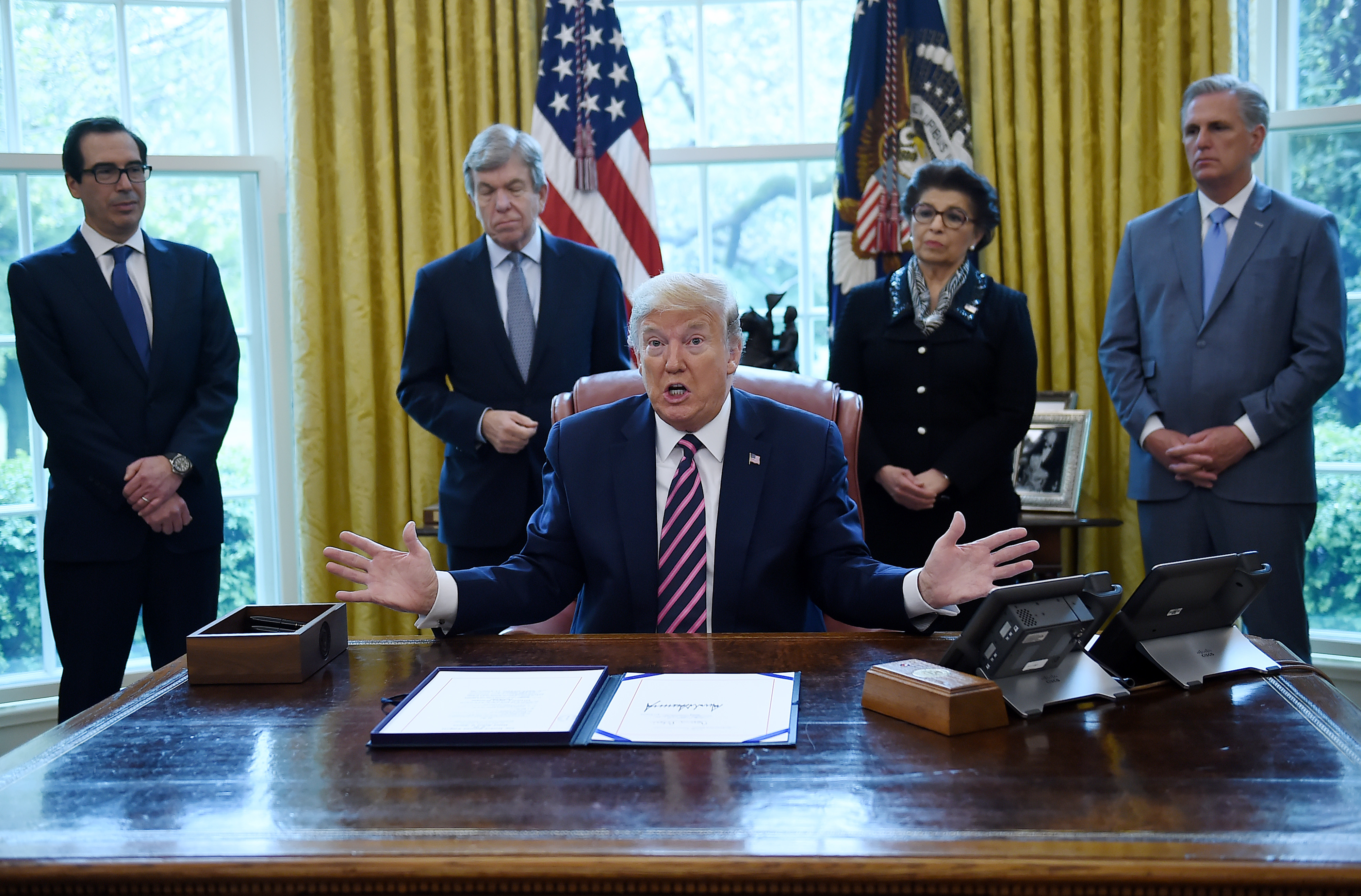 US President Donald Trump speaks after signing the Paycheck Protection Program and Health Care Enhancement Act in the Oval Office of the White House in Washington, DC, on April 24, 2020.(Photo by OLIVIER DOULIERY/AFP via Getty Images)

The Phase 3.5 deal reached the previous week by Congress and President Donald Trump’s administration blocked off $60 billion for loans from small and medium sized banks. Officials noted that of the $48.5 billion in loans approved on Monday, $28 billion were processed by institutions with less than $10 billion in total assets. (RELATED: Congress, White House Reach Agreement On Latest Coronavirus Bill)

The figures also suggest that the second round fixed the oversight that allowed companies with sufficient liquidity to survive the current economic uncertainty from taking money from the first round of PPP lending. The average loan processed Monday — predicated off a company’s payroll and other monthly expenses — was worth roughly $110,000, nearly half the size of the first round’s average loan.

One official added that despite headlines on companies like Ruth’s Chris Steak House and Shake Shack being approved for loans in round one, 74% of all loans were still for less than $150,000 and that the overwhelming majority went to companies with less than 10 employees.

By extrapolating Monday’s data, the aide clarified that the loans are being concentrated even more at the small business level. 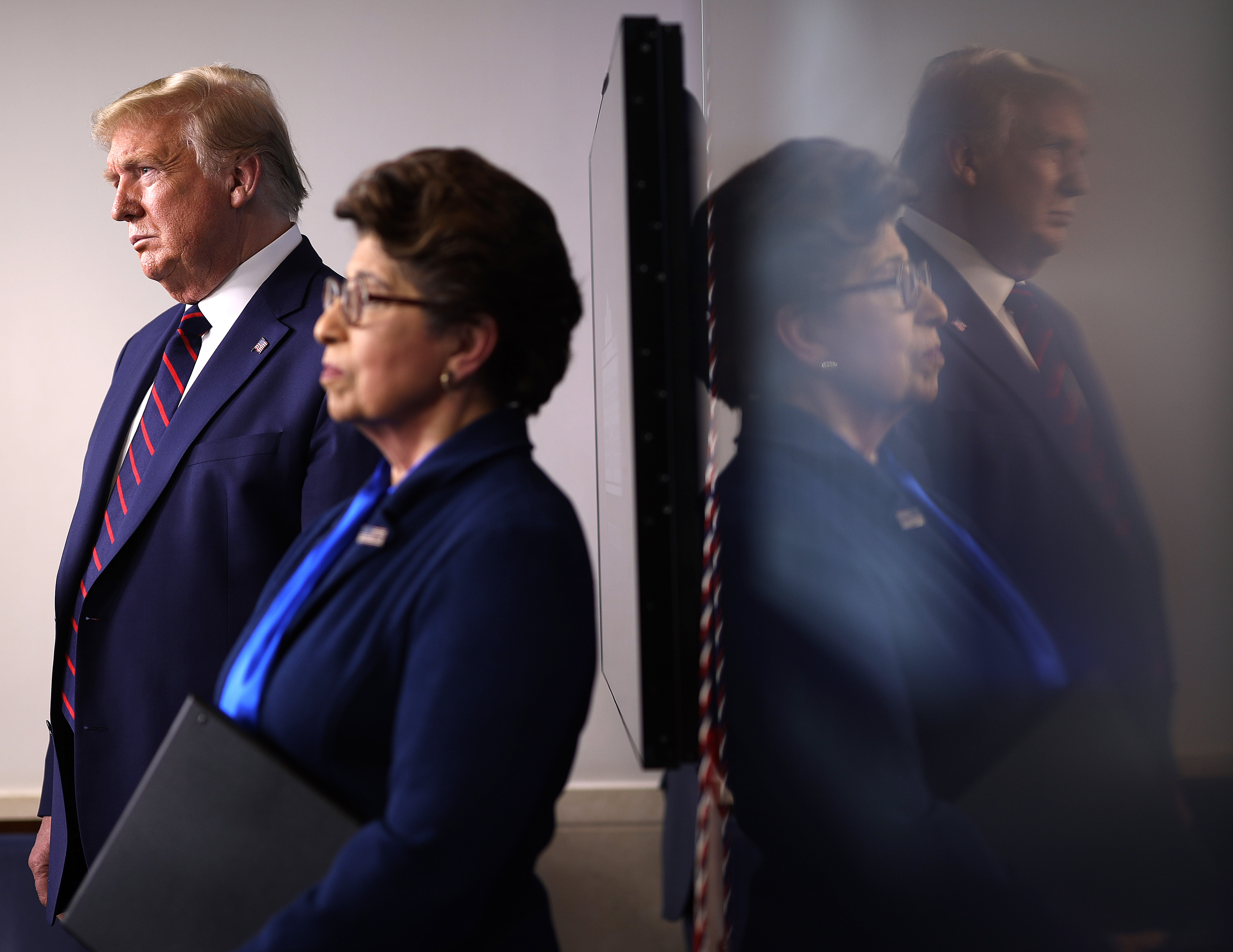 The officials also categorized Monday reports of glitches with the PPP application portal as signs of a successful program, explaining that any issues with the site were caused by the massive number of people applying for loans.

Treasury Secretary Steve Mnuchin previewed on CNBC yet an additional layer of oversight aimed at making sure small businesses benefit from PPP. Moving forward, he explained, all loan applications worth $2 million and up will be audited by Treasury, and that “it’s the borrowers who have criminal liability.” His announcement comes after SBA published new PPP guidelines, stating that company executives who are found to violate the “good faith” application process will face up to 30 years in prison and million-dollar fines.

“Particularly in communities that have been hardest hit, we make sure they’re going to get that money,” he explained. “We’re going to do what we need to do to make sure everybody is treated fairly in this program.”

It should be noted that the PPP data is rolling, and the numbers reviewed by the Daily Caller will soon be out of date.