Immigration and Customs Enforcement (ICE) requested that Oregon authorities cooperate on the transfer of an illegal alien arrested for drug possession and money laundering, but they refused and the alien is at-large, the agency confirmed.

Two men, Leonel Campos-Valdez and Francisco Vasquez-Cruz, were traveling in a Ford-150 pickup on April 28 when they were stopped by an Oregon State Police trooper for multiple traffic violations, local authorities first revealed. After observing “potential criminal behavior,” the trooper conducted a search of the vehicle.

That search led to the discovery of nearly 20 pounds of methamphetamine and $16,660 in cash, according to ICE. The two men were booked into the Jackson County Jail for unlawful possession, unlawful delivery of meth and money laundering.

Vasquez-Cruz, 24, is a Mexican national living illegally in the United States, ICE confirmed to the Daily Caller News Foundation. This is not his first run-in with American law enforcement, the agency noted. 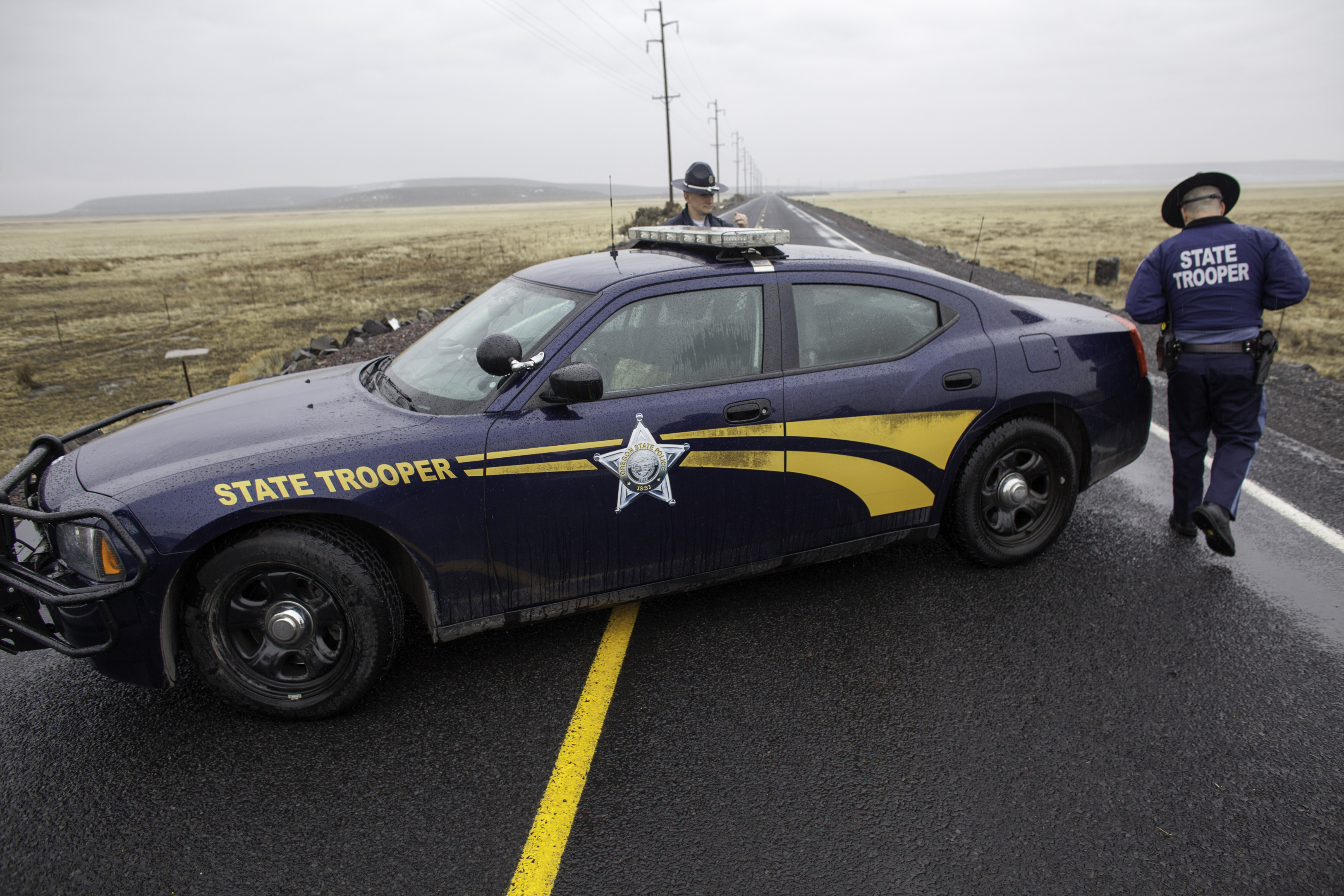 “Francisco Vasquez-Cruz is a citizen of Mexico and in the United States illegally. On April 28, Vasquez-Cruz was arrested by the Oregon State Police for charges of unlawful delivery of methamphetamine, laundering a monetary instrument and unlawful possession of methamphetamine and booked into the Jackson County Jail in Medford, Oregon,” ICE spokeswoman Tanya Roman said in a statement provided to the DCNF.

ICE lodged a detainer request for Vasquez-Cruz the very next day. Detainer requests, which are standard procedure by the agency, ask local authorities in possession of a wanted illegal alien to notify ICE of their impending release and to temporarily hold the individual until an ICE agent can arrive. (RELATED: Sanctuary Authorities Asking Public For Help After Releasing Illegal Alien Charged With Child Sexual Assault)

However, authorities with the Jackson County Jail did not honor the request, and released Vasquez-Cruz the same day that the detainer request was made.

“Vasquez-Cruz is now considered an ICE fugitive and may be prosecuted for illegal re-entry in violation of 8 USC 1326,” Roman continued in her statement.

The Mexican national is subject to illegal re-entry prosecution because he had previously entered the United States illegally and was deported by the federal government. Immigration records from Border Patrol revealed that Vasquez-Cruz was deported back to Mexico on Jan. 30, 2016.

Vasquez-Cruz’s whereabouts are not immediately clear. Officials with the Jackson County Sheriff’s Office did not return a request for comment from the DCNF.

The incident appeared to be the latest consequence of Oregon’s decades-old status as a “sanctuary” state, meaning it has laws on the books that limit how state and local law enforcement can interact with federal immigration authorities. As far back as 1987, the Oregon legislature passed a law that forbids the state’s police departments from using resources to arrest or detain individuals based on immigration violations.

“No law enforcement agency of the State of Oregon or of any political subdivision of the state shall use agency moneys, equipment or personnel for the purpose of detecting or apprehending persons whose only violation of law is that they are persons of foreign citizenship present in the United States in violation of federal immigration laws,” a section of the Oregon law reads.

Such a law prevents local law enforcement from honoring detainer requests when ICE agents lodge them.

Democratic Oregon Gov. Kate Brown has doubled down on the state’s sanctuary status. The progressive governor issued an executive order in February 2017 that applies immigration-related restrictions to all agencies in the state.

Actions taken by ICE indicate how little trust exists between the agency and Oregon authorities.

Authorities in Multnomah County arrested an illegal alien for a deadly hit-and-run accident in 2019, but released him into the public after ignoring an ICE detainer request. After ICE agents apprehended the individual, the agency said it would not hand him back to Multnomah County authorities unless they provided an arrest warrant and a judicial transport warrant.

The warrants were necessary because of the local authorities’ refusal to cooperate with them, ICE said.

“Any local jurisdiction thinking that refusing to cooperate with ICE will result in a decrease in local immigration enforcement is mistaken,” the agency said in a statement.

It added: “These dangerous policies (sanctuary policies) leave ICE with no choice but to increase enforcement in neighborhoods and workplaces to locate and arrest these persons while they are at-large — increasing the likelihood that other individuals previously not targeted for arrest will be taken into ICE custody.”