Speaker Nancy Pelosi introduced her party’s coronavirus relief package, which includes billions of dollars in carve-outs for eligible illegal aliens, grants to sanctuary cities and other protections for the undocumented community.

House Democrats released the HEROES Act on Tuesday, a bill that provides $3 trillion in stimulus funds to state and local governments, along with other industries affected by the coronavirus pandemic. The legislation — which was not negotiated with the GOP or the Trump administration — includes $500 billion for state governments and $375 billion for local governments.

A dive through the 1,815-page bill also showed that it includes billions in payments to certain individuals living in the United States unlawfully.

Under a provision in the HEROES Act, recipients can receive stimulus money if they file taxes with a Taxpayer Identification Number (TIN), allowing many illegal aliens to be eligible for direct funds. A TIN is an identifying number used for taxpayer purposes instead of a Social Security number. 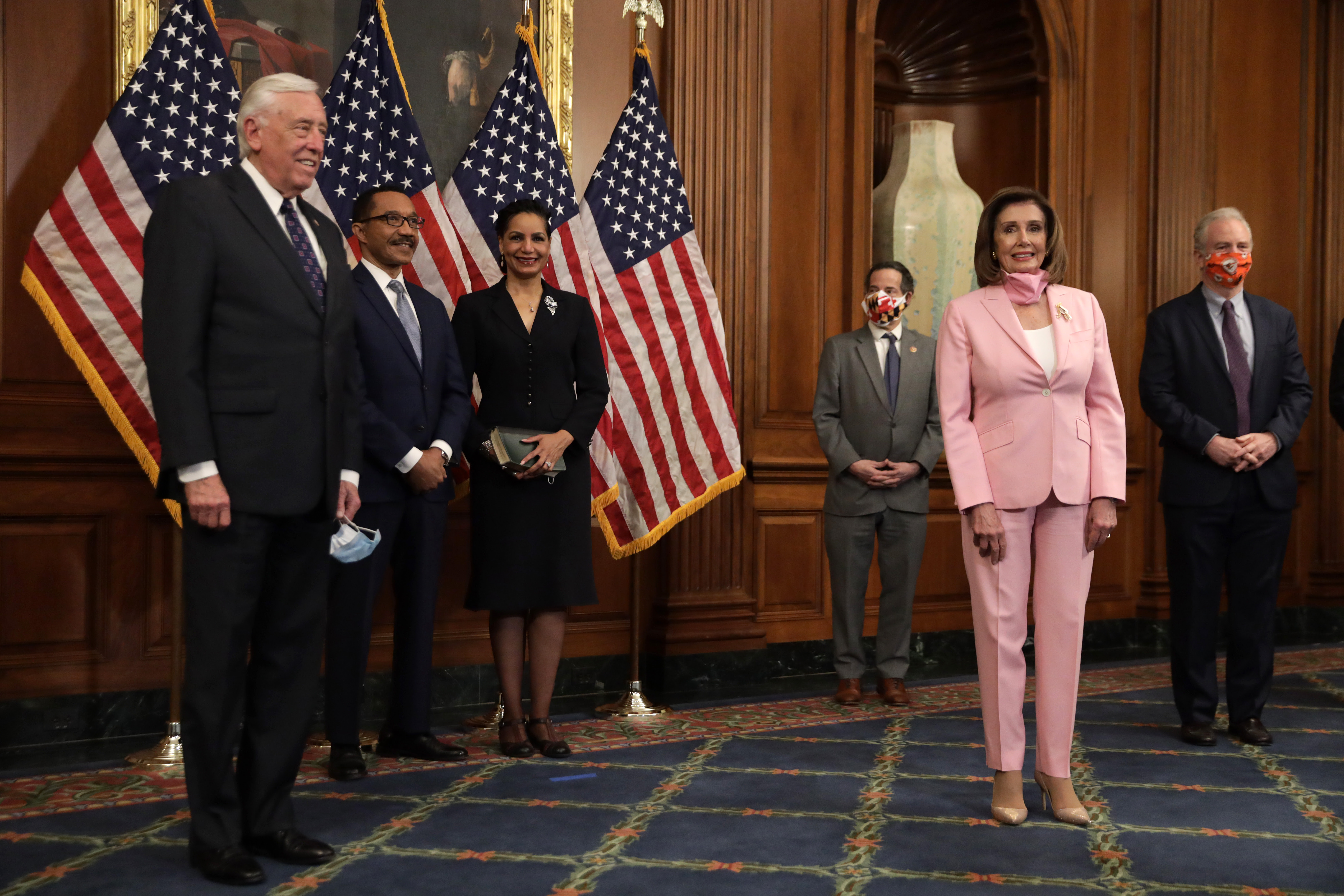 The previous coronavirus relief package, the CARES Act, only allowed those who filed with a Social Security number to be eligible for stimulus money, leaving out undocumented aliens. The current bill, if passed, would also retroactively provide those using Taxpayer Identification Numbers to obtain funds from the CARES Act, according to the Federation for American Immigration Reform.

The House Speaker said in late April that Democratic leaders were in discussions to include a provision for Taxpayer Identification Numbers in the next coronavirus relief package.

The bill “pertains to the TIN provision giving illegal aliens access to any new stimulus payments and retroactively providing them with payments from the CARES Act,” Preston Huennekens, a government relations associate with FAIR, told the Daily Caller News Foundation on Tuesday.

“FAIR estimates there are 14.3 million illegal aliens, meaning that in the last stimulus alone illegal aliens could have received over $17 billion in direct payments from the Federal government,” Huennekens continued.

He added: “This bill provides other relief to illegal aliens outside of the recovery rebates. Take for instance the eviction protection for renters. The way the bill is written, illegal aliens also benefit from that protection because it is so broadly written.”

The legislation includes a multitude of other benefits for illegal aliens and the institutions that allow them to remain in the United States.

The HEROES Act, for example, calls on the Department of Homeland Security (DHS) to release all illegal aliens under Immigration and Customs Enforcement (ICE) detention who do not pose a “threat to public safety or national security.” The bill also provides $300 million in federal grants to law enforcement agencies, and specifically forbids the Trump administration from withholding these funds from agencies that refuse to cooperate with ICE, also known as “sanctuary cities.”

Numbers USA, a nonprofit that advocates for less immigration into the United States, criticized the bill’s provisions regarding foreign workers.

“House Democrats prioritizing foreign workers, legal and illegal, over unemployed and underemployed Americans in the middle of a crisis is shameful,” said Numbers USA president Roy Beck. (RELATED: Democrats Across The Country Are Fighting To Give Coronavirus Aid To Illegal Aliens)

The HEROES Act, if it passes the House, is not expected to make it past the Republican-controlled Senate. House GOP Leader Kevin McCarthy called the bill a “liberal wishlist that has no chance of becoming law” in a statement Tuesday.