Democratic lawmakers in Congress are calling on the federal government to make illegal aliens eligible for federal relief amid the coronavirus pandemic, while local and state Democratic leaders have already made their coffers available for those living unlawfully in the country.

President Donald Trump signed the CARES Act on March 27, making $2.2 trillion in stimulus funds available for families and U.S. businesses hurting under the coronavirus-induced lockdown. The relief package not only provides up to $10 million in forgivable loans for each small business, but also $1,200 to single Americans who make $75,000 or less a year.

While the stimulus package was by a wide margin in both chambers of Congress and was considered essential in the fight against COVID-19, not everyone was completely satisfied with the bill.

“I was appalled to learn hardworking, taxpaying immigrants were left out of the $2 trillion CARES Act,” California Rep. Lou Correa said in a statement released on April 3. Correa, along with 49 other House Democrats, supports the Leave No Taxpayer Behind Act which, if passed into law, would allow illegal aliens to tap into the funds provided by the CARES Act.

“By casting out immigrants, we are placing some of our most vulnerable residents in grave danger. Every individual taxpayer, irrespective of citizenship status, needs government assistance now,” Correa continued.

Among the sponsors of the Leave No Taxpayer Behind Act are Reps. Ilhan Omar of Minnesota, Alexandria Ocasio-Cortez of New York, and Rashida Tlaib of Michigan. All three are members of the so-called “squad” within the House Democratic caucus, a group of four first-term progressive women.

All four members have either called for the current relief package to include illegal aliens or allow them to tap into a future coronavirus relief bill.

Tlaib, for example, has proposed that the federal government issue pre-loaded debit cards with $2,000 for every individual in the country — even illegal aliens who have lived in the U.S. for as few as three months. These debit cards would be recharged with $1,000 every month until one year after the coronavirus crisis ends.

“We need to continue to make federal investments in our community health centers,” Massachusetts Rep. Ayanna Pressley, the fourth squad member, said about a new COVID-19 relief package. “We need to center the humanity of every individual family and workers and that includes not leaving behind undocumented and uninsured.”

While liberal lawmakers on Capitol Hill continue to push for financial assistance for the undocumented, Democratic-controlled cities, and even the largest state in the country, are already doing so.

Chicago Mayor Lori Lightfoot signed an executive order on Tuesday that ensured all immigrants and refugees living within city limits, no matter their legal status, are eligible to receive coronavirus benefits. The order she signed allows undocumented aliens to tap into the city’s Housing Assistance Grant program and a $100 million Chicago Small Business Resiliency Fund to help small businesses that are struggling. (RELATED: ‘Worst Sanctuary City In America’: Trump Rips Chicago For Refusing To Cooperate With ICE) 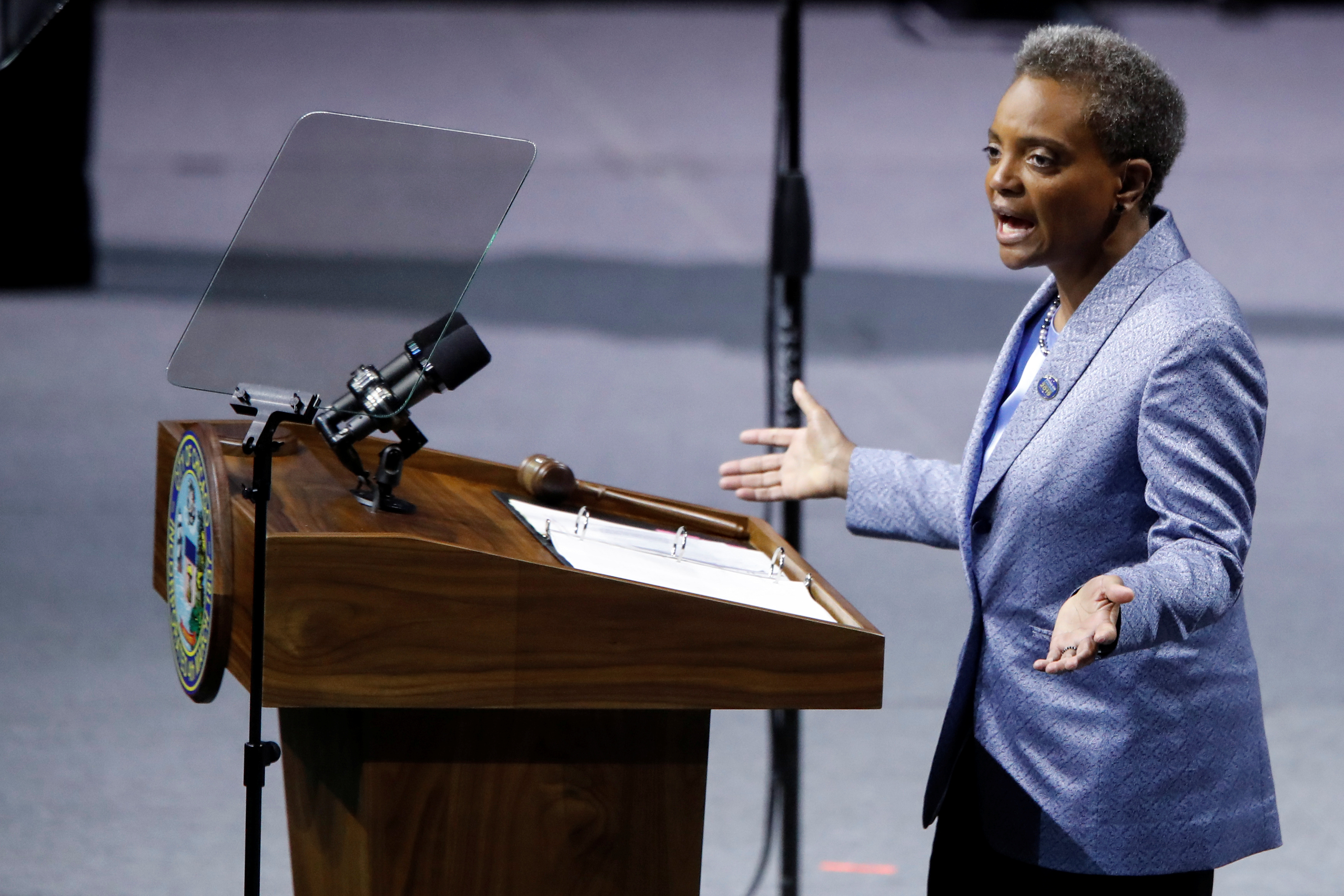 Lori Lightfoot speaks after being sworn in as Chicago’s 56th mayor. REUTERS/Kamil Krzaczynski

“This order is more than just an official decree, it is a statement of our values as a city and as Americans,” Lightfoot said during a press briefing.

Minneapolis leaders recently rolled out a multimillion-dollar emergency housing assistance program in which households can receive as much as $2,000 each. Under the program’s qualification guidelines, the city specifically says that living in the country unlawfully is not an obstacle to receiving the funds.

Meanwhile, the state of California has allotted $50 million for a micro-lending program that will provide economic assistance to small businesses in the state that don’t otherwise qualify for the federal program, such as those run by illegal aliens.

Democratic California Gov. Gavin Newsom also confirmed that he is working with state legislators on a “Disaster Relief Fund” that would provide cash payments to those living unlawfully in the state until they are able to return to work or the state emergency proclamation has ended. Legislative leaders at the state capitol said talks are underway, and with the legislative body controlled by a Democratic supermajority, passage of such a proposal is likely.

“Californians care deeply about undocumented residents in this state,” Newsom said about the negotiations.