A Democratic congressman admitted to intermittently carrying on an affair with a former intern, a relationship she said lasted for a decade.

Democratic Nevada Rep. Steven Horsford admitted Friday that he and Gabriela Linder, who interned for former Democratic Nevada Sen. Harry Reid, carried on with one another for a number of years, according to the Las Vegas Review-Journal. Horsford has three children and has been married since 2000.

“It is true that I had a previous relationship outside of my marriage, over the course of several years,” Horsford wrote in a statement provided to the Daily Caller News Foundation. “I’m deeply sorry to all of those who have been impacted by this very poor decision, most importantly my wife and family. Out of concern for my family during this challenging time, I ask that our privacy is respected.”

Linder did not immediately respond to a request for comment from the Daily Caller News Foundation.

Linder began discussing the affair in April on the podcast “Mistress for Congress” under the pseudonym “Love Jones,” she told the Review-Journal. The affair began when she met Horsford in 2009, she said, when he was the Nevada state Senate majority leader and she was interning for Reid.

She was 21 years old and a senior at the University of Nevada, Las Vegas, and he was 36, according to the Review-Journal.

She ended the relationship when Horsford decided he could not leave his wife for her during the 2020 election cycle, she said.

“I decided I can’t wait, deserved more and didn’t want to be that person anymore,” she told the Review-Journal. “And I realized someone who could lie that way is not someone who would be honorable to me.” 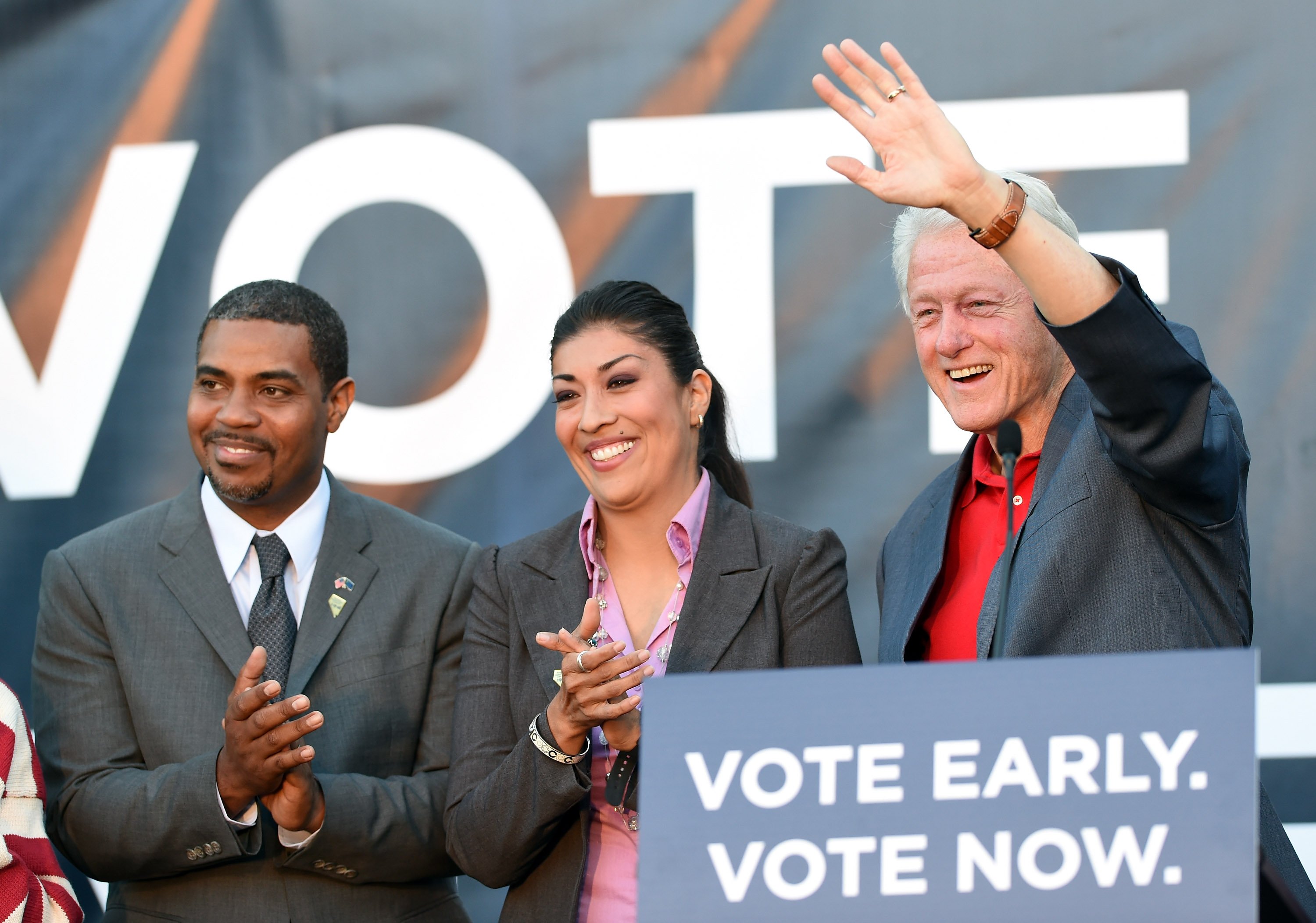 Linder has a son who she said is from another relationship that occurred while she was in law school at the University of St. Thomas in Minneapolis. She was not seeing Horsford at the time, she said.

Linder never worked for Horsford but said that he did help her make political connections and offered her financial support. She described how Horsford “looked out for her over the years, from anything from a job recommendation to financial support.”

An aide for Horsford told the Review-Journal that Linder “never received any compensation from the congressman or from the campaign over the course of their private relationship.”

“This was a private relationship of the congressman’s, and this was in no way related to his public office,” the aide said. (RELATED: ‘I Want The Same Equal Treatment’: Biden Accuser Tara Reade Tears Into Media, Women’s Groups, Democratic Politicians)

He also used his congressional staff to film a segment of her son’s YouTube show on April 1, Linder said, noting that she did not call through his office for this request but instead called him on his personal phone. Horsford’s office did not confirm the veracity of that claim.

Linder and Horsford stopped speaking to one another after this April 1 filming, she said. She added that she reached out to him to appear on her podcast, but that he pointed her toward a Washington, D.C., attorney, Howard Schiffman, telling her that not ending their relationship amicably could be destructive for all involved.

Linder said she is not trying to hurt Horsford through revealing their relationship but instead using her podcast to move on from the affair as an “empowering journey.” The former intern told the Review-Journal that she was not contacted by any candidate in Horsford’s 4th District race or paid any money to create the podcast, and that she is writing a book about the experience.

But she does not think Horsford should seek re-election.

“If this was a story in 2018 (when Horsford recaptured the seat he lost in 2014), he wouldn’t have run,” Linder said, according to the Review-Journal, which noted that Horsford’s opponent in 2018 did not seek re-election due to sexual harassment allegations.

“He obtained this position under false pretenses that he was a family man and man of God,” she added. “He should take a step back, atone, and if people are satisfied, then he can come back into politics.”