President Donald Trump has promised for weeks to hold the Chinese Communist Party accountable for its role in allowing coronavirus to spread across the globe, but he has yet to invoke options often reported as being considered for punishing China.

The administration has, however, moved against China in three distinct ways.

The first involves the Thrift Savings Plan (TSP), a pension fund for government employees. Trump and Department of Labor Secretary Eugene Scalia directed the Federal Retirement Thrift Investment Board, which oversees TSP, “to immediately halt all steps associated with investing” assets in Chinese companies. The move would block more than $40 billion from being invested in China. 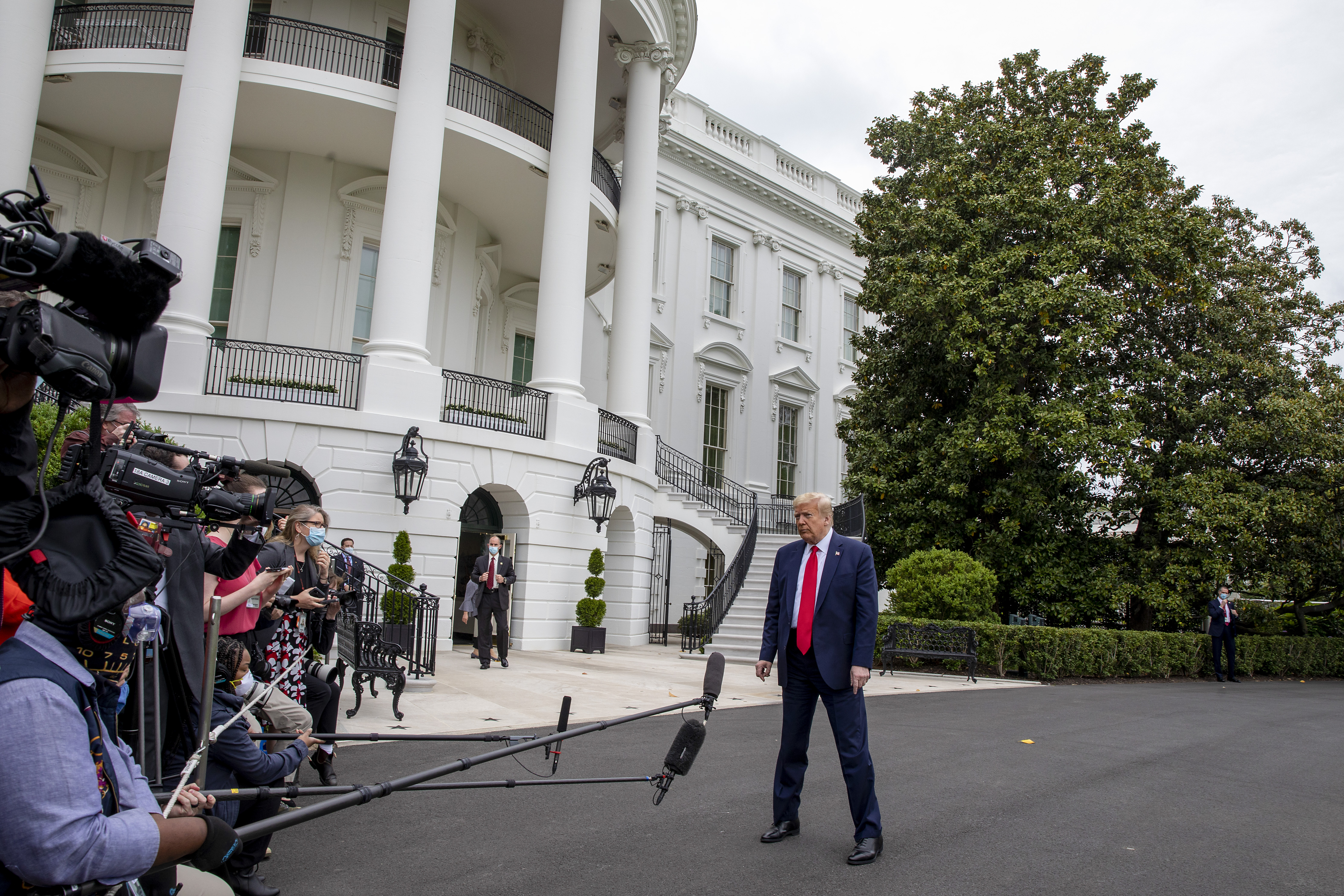 WASHINGTON, DC – MAY 17: US President Donald Trump talks to the media after landing on the south lawn of the White House on May 17, 2020 in Washington, DC. Asked by the media if he had seen President Obama’s graduation remarks the night before, Trump said he had not and added, “…he was an incompetent president, that’s all I can say.” (Photo by Tasos Katopodis/Getty Images)

The second action centered around Chinese technology company Huawei, a longtime target of the administration. This past Friday, the Department of Commerce announced that all U.S. semiconductor manufacturers must obtain a specific license to sell equipment to Huawei. The U.S. produces more than half of the global semiconductor equipment, and the move comes on the heels of a March decision to block Huawei’s access to U.S.-produced computer chips.

Finally, the FBI is actively investigating several hackers backed by the Chinese government for attempting to steal coronavirus vaccine research.

“These actors have been observed attempting to identify and illicitly obtain valuable intellectual property (IP) and public health data related to vaccines, treatments, and testing from networks and personnel affiliated with COVID-19-related research,” the FBI said in a statement. “The potential theft of this information jeopardizes the delivery of secure, effective, and efficient treatment options.”

Still, Trump has yet to sign an executive order centered on regaining control of the United States’ medical supply chain from China, championed by White House Director of Trade and Manufacturing Policy Peter Navarro. Multiple news reports over the past two months have claimed an imminent signing on such an order, with the most recent suggesting this past Friday as a target date, yet one senior White House official told Daily Caller, “no clue,” when asked if Trump will soon take similar executive action.

“The Navarro EO has been ‘happening’ for two months and hasn’t seen the light,” the official concluded.

A second White House official told Daily Caller that economic uncertainty was forcing the White House to slow play an executive order and would prefer for Congress to take the lead in legislating prospective punishment for China. 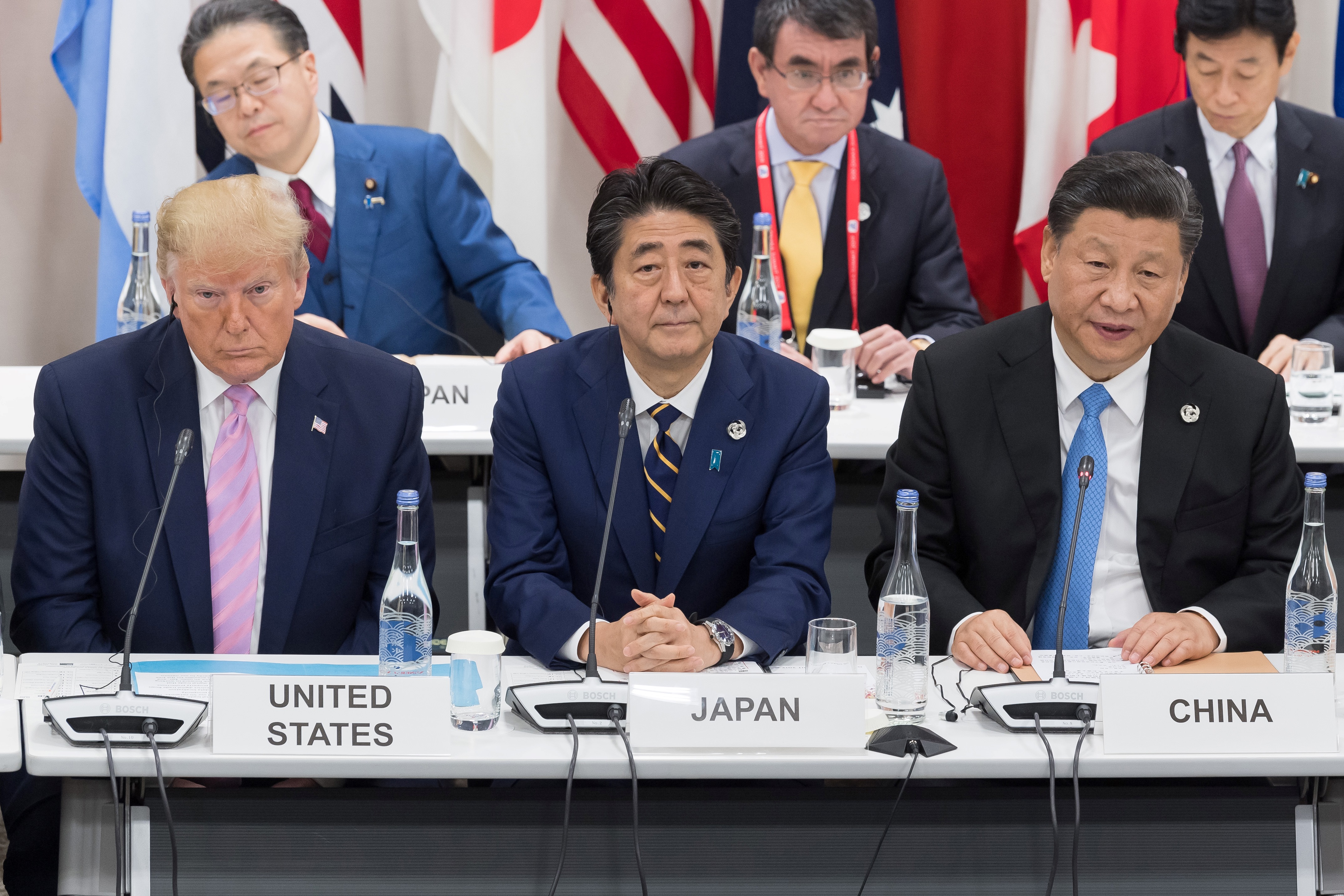 US President Donald Trump (L) sits with Japan’s Prime Minister Shinzo Abe (C) and China’s President Xi Jinping as they attend a meeting on the digital economy at the G20 Summit in Osaka on June 28, 2019. (JACQUES WITT/AFP via Getty Images)

Reporting from Daily Caller and other outlets claimed the White House was weighing several other options for holding China “accountable.” Those options included canceling debt obligations to China, revoking China’s sovereign immunity to allow for lawsuits against Beijing, and imposing new tariffs, but administration officials and the president have shot down many of these options. (RELATED: White House Investigating Ways To Hold China ‘Accountable’ For Coronavirus Spread, Senior Aides Claim)

“The full faith and credit of U.S. debt obligations is sacrosanct, and that includes, by the way, maintaining the dollar as the world’s reserve currency,” Kudlow said of the idea. Hassett flat out stated the administration would never consider defaulting on any of its debt.

Trump himself has also dodged questions on new raising tariffs against China in recent days. Before leaving for Camp David on Friday, he said “I don’t want to talk about it,” before adding the Phase 1 U.S.-China trade deal has “lost a little bit of flavor.” Those comments came after the White House recommitted to the Phase 1 deal, despite experts suggesting that China will not fulfill its purchasing requirements for 2020.

“They’re a little slow on the commodity purchases. I think that has to do with market and economic conditions,” Kudlow said Friday of China’s lower than expected agricultural purchases. “But with respect to the trade deal, it is continuing absolutely.”

The Trump administration’s most glaring inconsistency on China involves the Wuhan Institute of Virology, the lab facility in Wuhan, China, that some believe to be the origin of coronavirus.

Both Trump and Secretary of State Mike Pompeo stated in April they had seen “conclusive” evidence the virus accidentally leaked out of the lab, but both have since walked back those claims. Trump originally said the administration would release a report on the lab leak theory during the first week of May, yet dodged during an interview with Maria Bartiromo on Sunday when asked if he will release the aforementioned information.