Border agents in Texas seized more than 1,300 pounds of drugs worth well over $1 million dollars over Memorial Day Weekend.

Customs and Border Protection (CBP) agents working in the Rio Grande Valley Sector, which encompasses the eastern portion of the Texas-Mexico border, racked up several major marijuana and cocaine busts in the span of just four days, the agency revealed in a press release Tuesday.

The 1,300 pounds of marijuana and 13 pounds of cocaine seized over the weekend is worth $1.5 million, according to CBP.

Agents in Rio Grande City, Texas, on Friday spotted a dark colored Chrysler Pacifica heading north of the Rio Grande River. When agents tried to execute a vehicle stop, the driver ditched the car and ran off, according to CBP. While agents were not able to locate the driver, they did find 259 pounds of marijuana, worth more than $207,000, stashed in the abandoned vehicle.

Roughly one hour after that incident, Rio Grande Valley Sector agents close to La Rosita, Texas, said they witnessed drug smugglers placing bundles of marijuana into a blue GMC Yukon and then travel toward a U.S. highway. However, the driver quickly ditched the vehicle upon seeing the agents, CBP said. 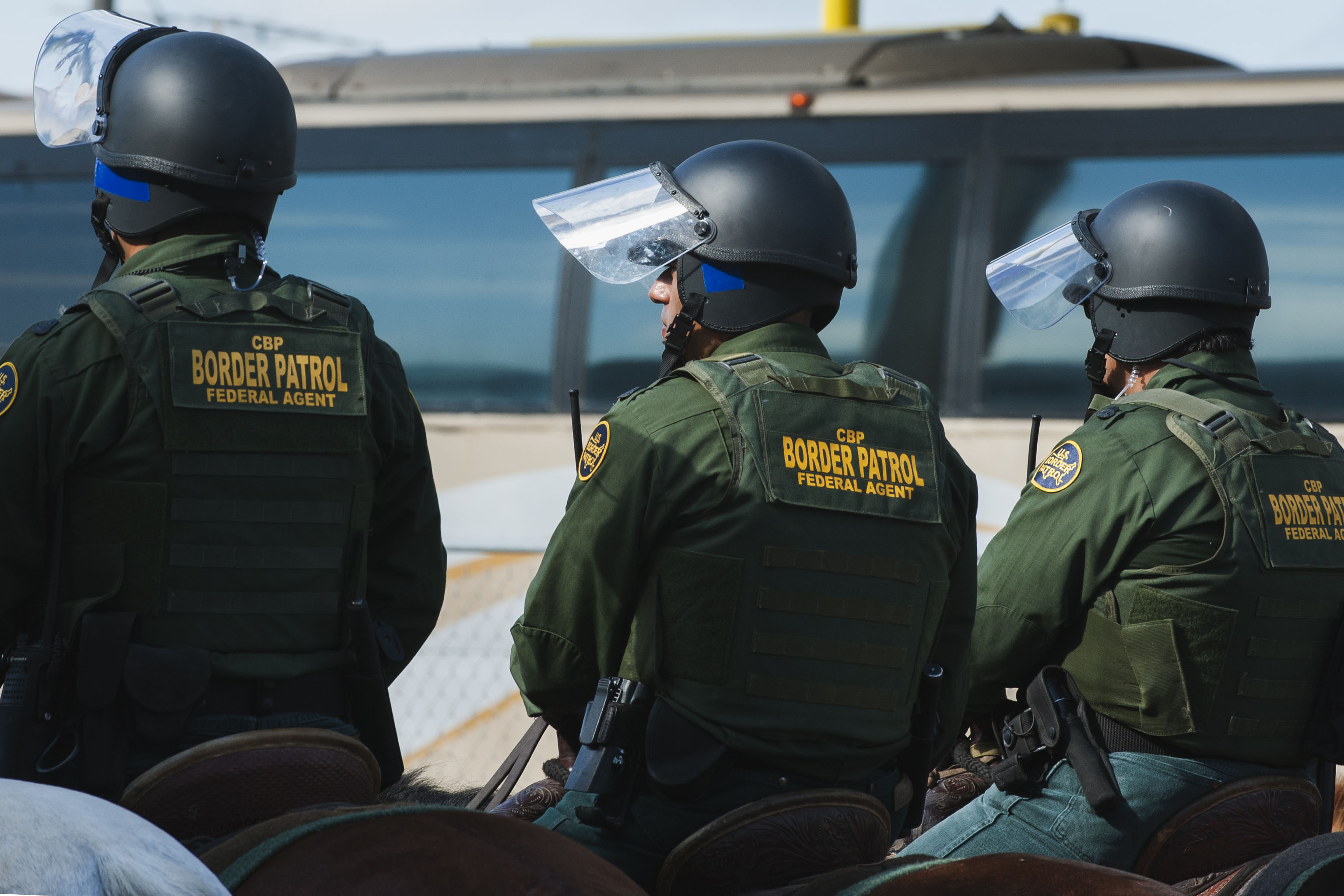 TOPSHOT – US Customs and Border Protection agents participate in a training exercise at a vehicle entry point along the border with Mexico on November 5, 2018, in Hidalgo, Texas. (ANDREW CULLEN/AFP via Getty Images)

Agents working at a checkpoint in Falfurrias, Texas, on Monday referred a commercial passenger bus for a secondary inspection. A K-9 inspection of the bus alerted agents to an unclaimed suitcase containing more than 13 pounds of cocaine worth more than $417,000, CBP said.

Agents stationed in Los Ebanos, Texas, Monday night responded to a suspected drug smuggling attempt at an area long known for smuggling activity, according to CBP. Several subjects swam back to Mexico upon the arrival of agents, leaving behind 170 pounds of marijuana worth $136,000.

CBP said that, just minutes after that incident, agents in Rio Grande City witnessed several drug smugglers hauling bundles of marijuana and walking north of the Rio Grande river. The subjects fled when the border agents arrived, leaving behind 344 pounds of marijuana worth more than $275,000, according to CBP.

In two other encounters Monday, Border Patrol seized more than 100 pounds of marijuana worth more than $80,000.

Border agents continue to try to stop the entry of illicit drugs into the country despite the coronavirus pandemic, CBP said.

“Even with the spread of the COVID-19 virus, human smugglers continue to try these brazen attempts with zero regard for the lives they endanger nor to the health of the citizens of our great nation,” the agency said in a statement. (RELATED: The Coronavirus Pandemic Is Not Stopping Border Wall Construction)

“The U.S. Border Patrol agents of the Rio Grande Valley Sector will continue to safeguard the nation and community against these criminal elements,” the statement said.